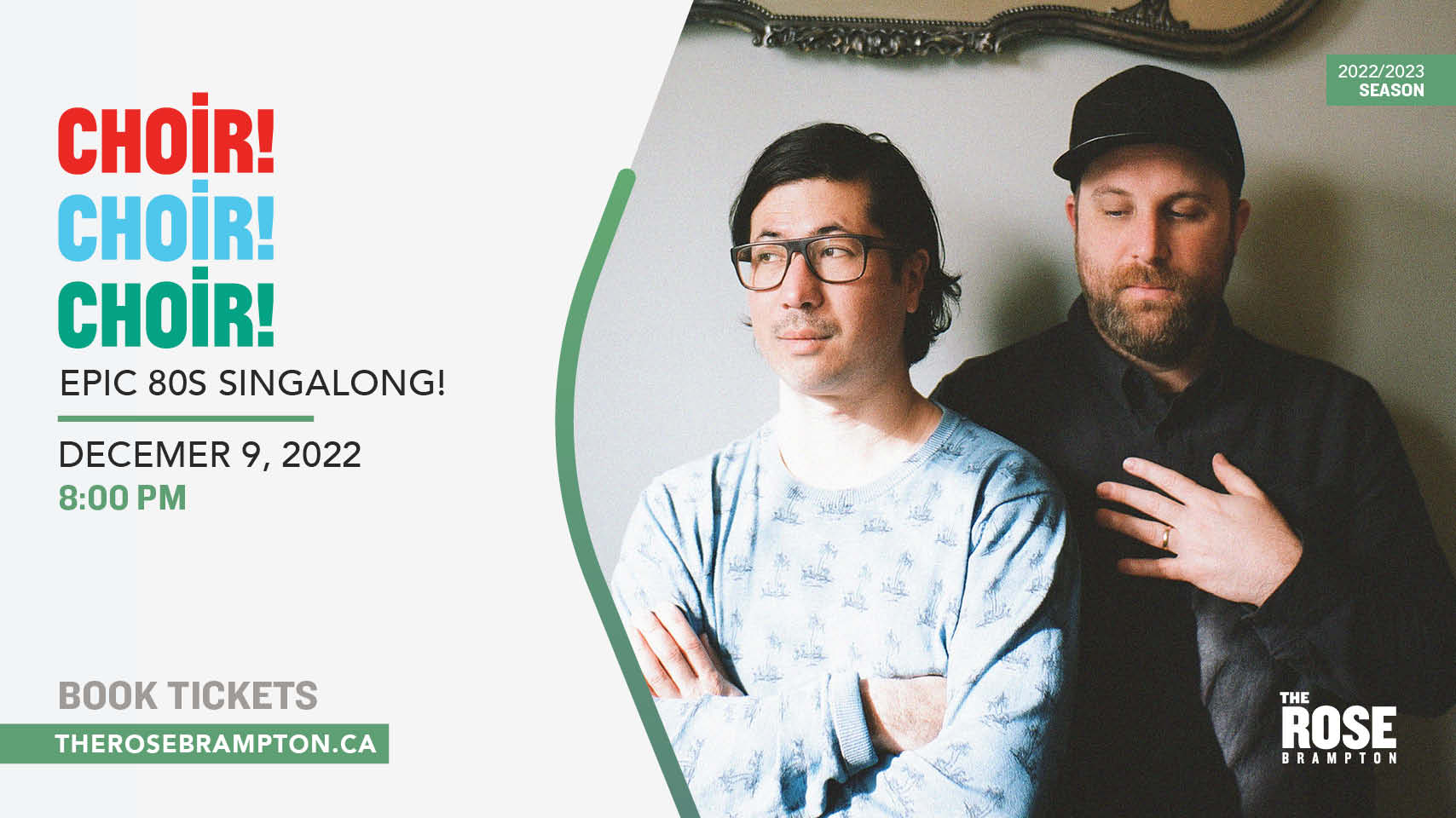 Choir! Choir! Choir! is a Toronto-based singing group led by creative directors Nobu Adilman and Daveed Goldman. No auditions necessary … the audience is the choir! Time for a trip down ’80s music memory lane! Get your tickets, show up and they’ll teach you an original arrangement to a song you love. Founded in 2011, Choir! Choir! Choir! has amassed a dedicated and passionate community of singers and a thriving international fan base on YouTube amassing 10s of millions of views.

Previously they have performed with renowned artists such as Patti Smith, David Byrne, Rick Astley, Tegan and Sara, and Rufus Wainwright, and onstage at New York’s Carnegie Hall and Radio City Music Hall. Plus, they’ve created content for NBC’s Jesus Christ Superstar and have performed at the MET in New York for New York Pride and hosted their own float in Toronto Pride. They remembered Canadian music hero Gord Downie by performing Grace Too with the surviving members of the Tragically Hip to 10,000 fans in Toronto.

Choir! Choir! Choir! exists to celebrate music and push the boundaries between practice and performance, artist and audience, offering therapeutic benefits with the ultimate side effect: a powerful community.