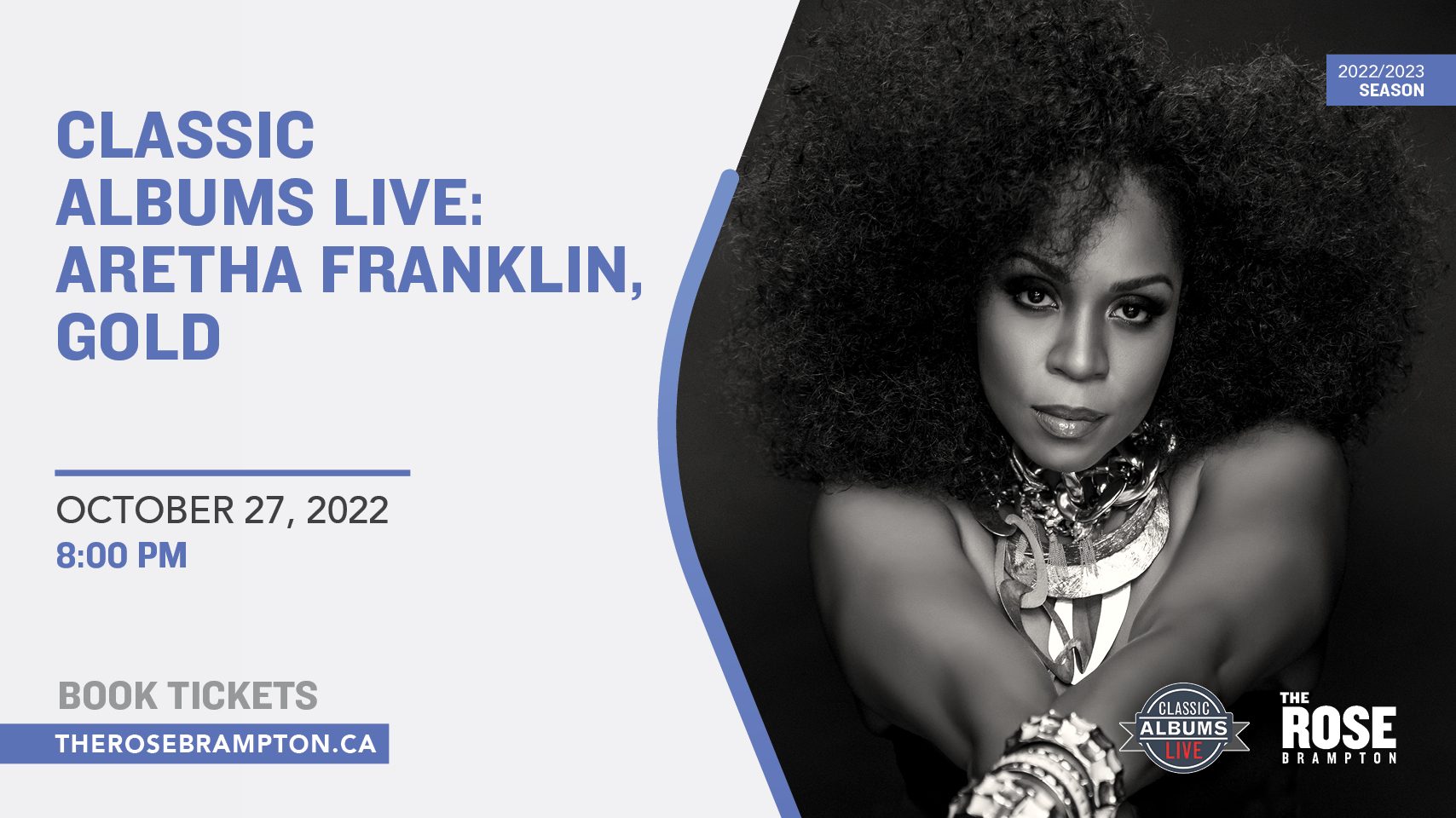 Classic Albums Live and its roster of A-list musicians from across the country will be performing Aretha Franklin’s Gold exactly as you remember hearing it, note for note, cut for cut.
Gold, Aretha Franklin’s greatest hits album, was released in 1969 at Atlantic Recording Corporation. The album’s tracks were recorded at Atlantic Studios, New York City, except “I Never Loved a Man (The Way I Love You)” and “Do Right Woman, Do Right Man,” which were recorded at the Fame Recording Studios, Muscle Shoals, Alabama. The album was included in Robert Christgau’s “Basic Record Library” of 1950s and 1960s recordings, published in Christgau’s Record Guide: Rock Albums of the Seventies (1981).