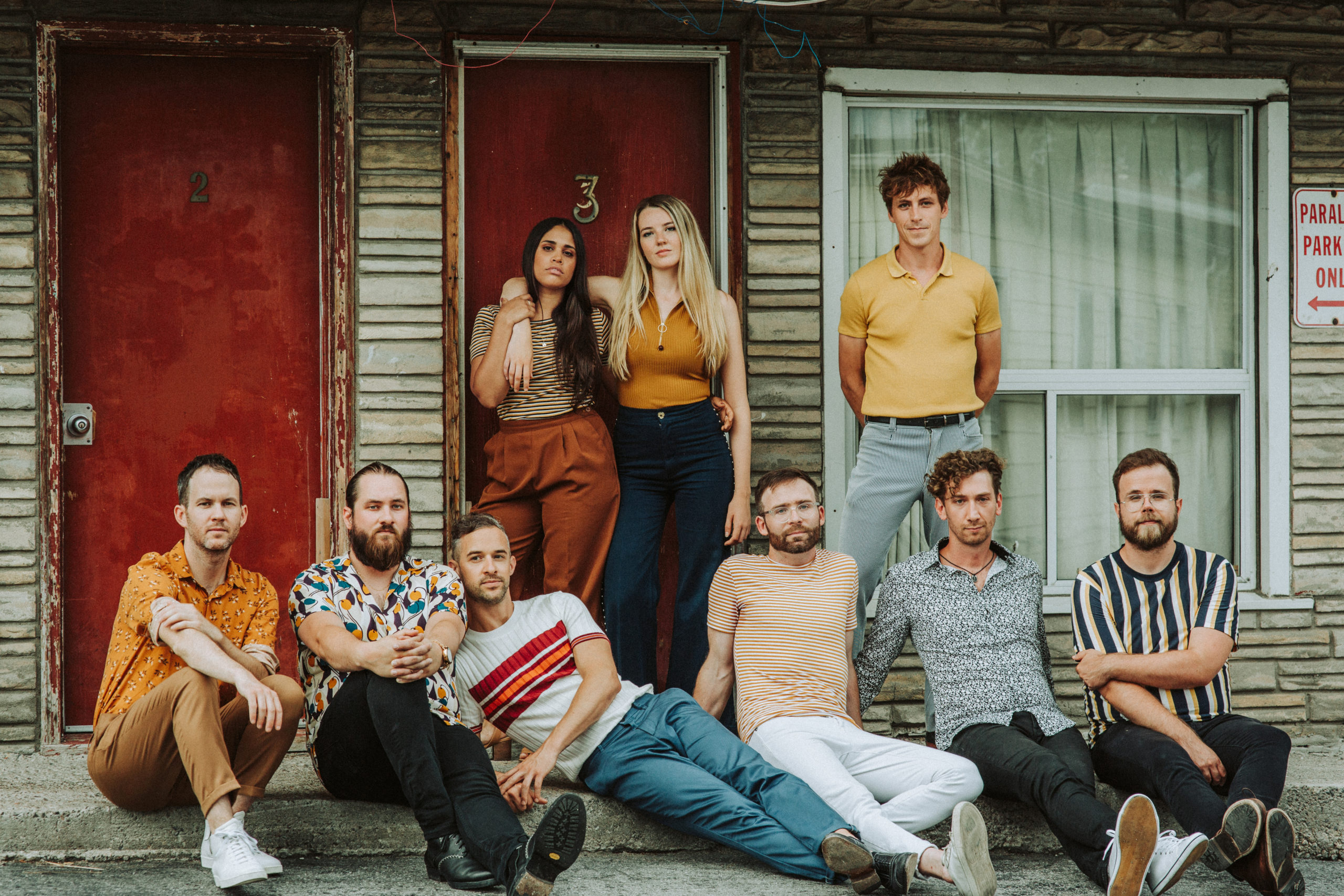 Dwayne Gretzky is a curated nostalgia trip that captures the unique joy of turning a radio dial and being surprised by the familiar. A 10+ piece juggernaut that brings to life the greatest songs of all time, this talented group of Toronto musicians ignites audiences with their charm, fidelity and theatrical flair. Celebrating classic pop and rock, from Fleetwood Mac to Fatboy Slim, Dwayne Gretzky has delivered electrifying renditions of over 700 songs.

Since the band’s inception in 2011, Dwayne Gretzky has developed a fervent fan base across Ontario and parts of Canada on the strength of their live show – performing classic songs with faithful precision in packed venues and major festivals, playing alongside the Rolling Stones, and being offered other major opportunities that belie the tag “cover band.”