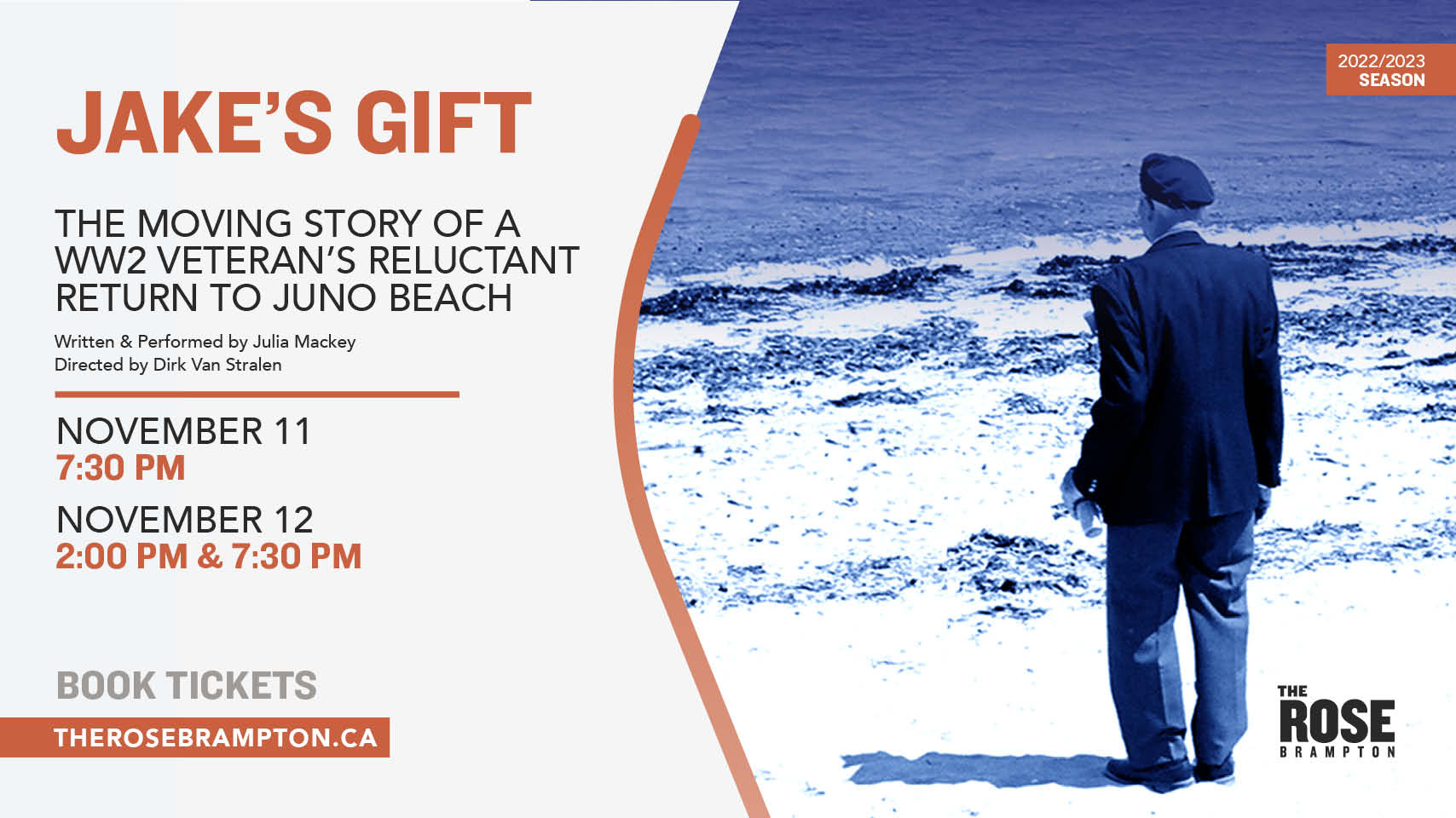 Jake’s Gift is a surprisingly funny, multi-award winning drama, that tells the story of a Canadian WW2 veteran’s reluctant return to Normandy, France, for the 60th anniversary of D-Day. While roaming the shores of Juno Beach, Jake encounters Isabelle, a precocious ten-year-old from the local village whose inquisitive nature and charm challenge the old soldier to confront some long ignored ghosts–most notably, the wartime death of his eldest brother, Chester, a once promising young musician. At its heart, Jake’s Gift is about the legacy of remembrance and makes personal the story behind one soldier’s grave.