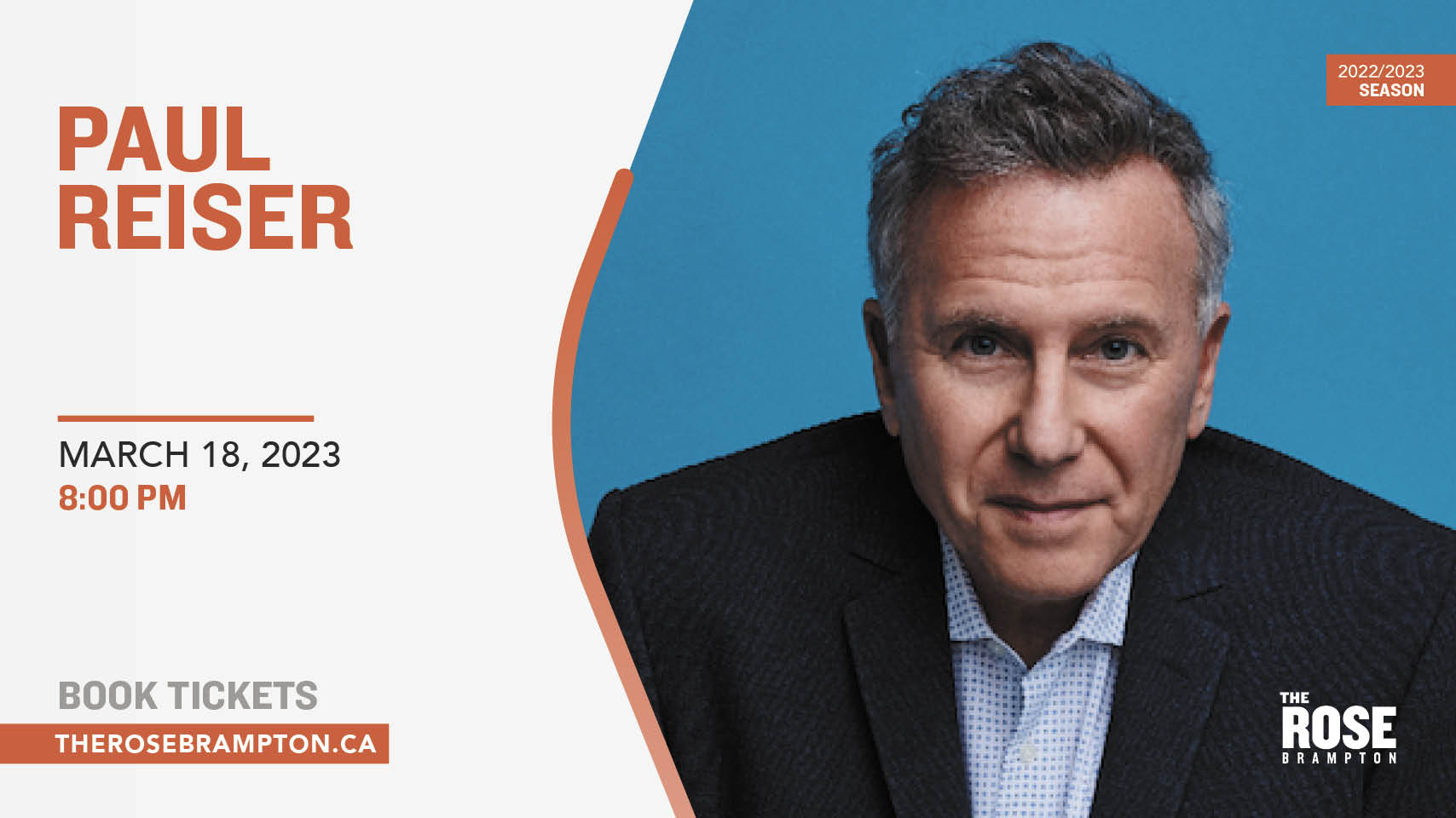 Comedian, actor, television writer, author, and musician Paul Reiser is busier than ever! He’s currently starring in two hit shows for Netflix:  Stranger Things, in which he stars as Dr. Sam Owens, and The Kominsky Method alongside Michael Douglas and Alan Arkin.

Reiser, who attended the State University of New York at Binghamton and majored in music, cowrote “The Final Frontier” – the theme song from Mad About You with Grammy-winning producer Don Was, and in 2011 released an album of original songs with British singer / songwriter Julia Fordham called Unusual Suspects.

Between film and television commitments, Reiser, voted one of Comedy Central’s “Top 100 Comedians of All Time,” has returned to his roots as a stand-up and plays sold-out venues across the country. Don’t miss him in Brampton!