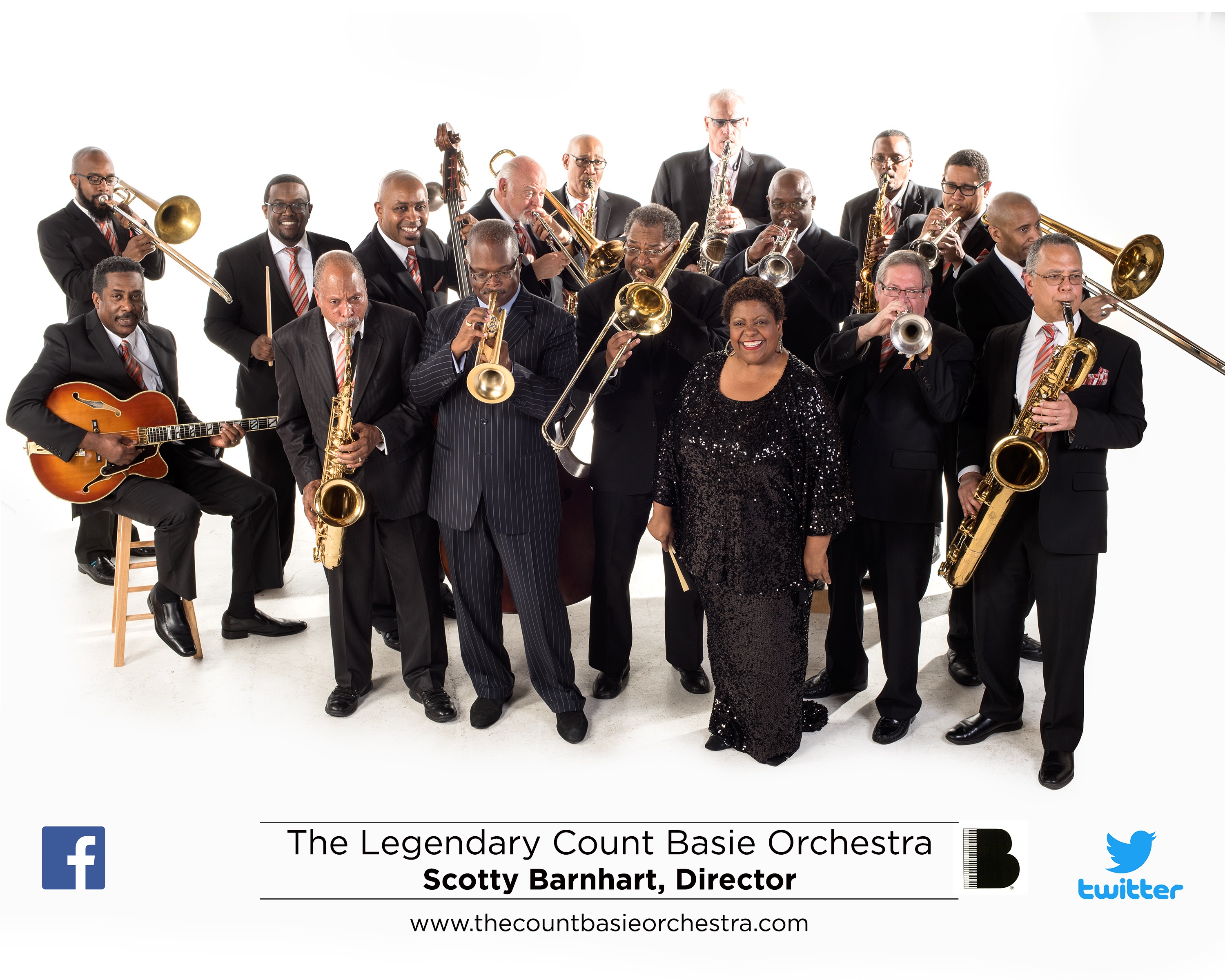 American legend, pianist and bandleader William James “Count” Basie personifies the grandeur and excellence of jazz. The Count Basie Orchestra, today directed by Scotty Barnhart, has won 18 Grammy Awards, appeared in several movies, television shows, and at every major jazz festival and major concert hall in the world. Some of the greatest musicians in jazz history, such as Lester Young, Billie Holiday, Frank Foster, Thad Jones, Sonny Payne, Freddie Green, Snooky Young, Frank Wess and Joe Williams began their careers with the Count Basie Orchestra. This 18-member orchestra is still continuing the history started by Basie of stomping and shouting the blues, as well as refining those musical particulars that allow for the deepest and most moving of swing.