An event every week that begins at 8:00 pm on Wednesday, Thursday and Friday, repeating until March 11, 2022 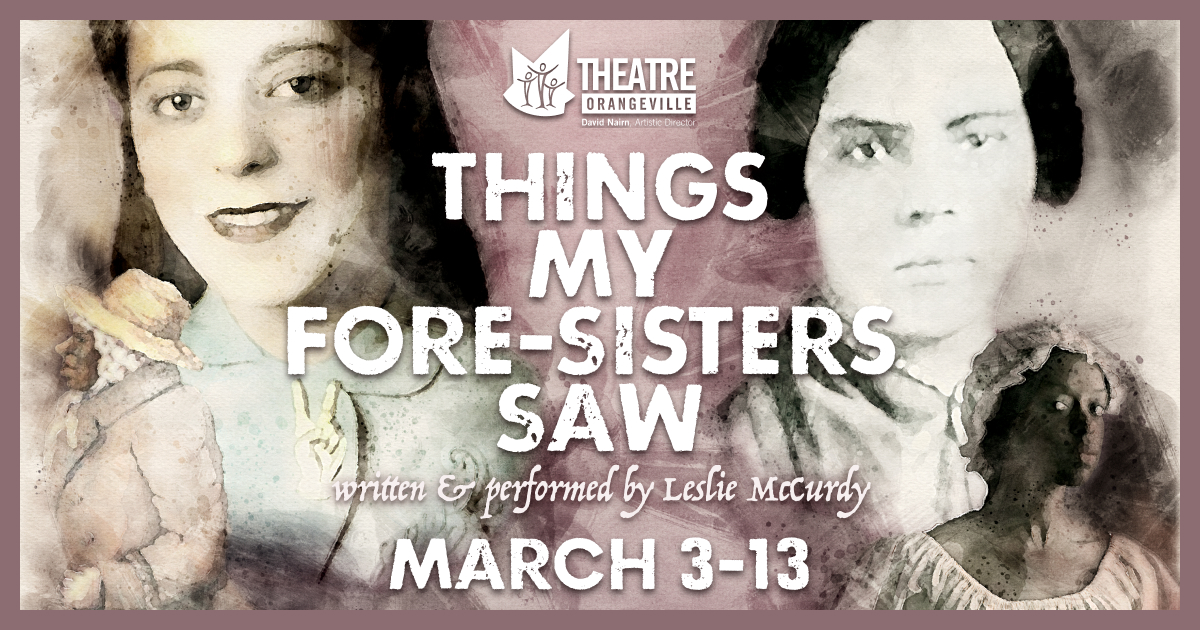 In this one-woman play, you will meet four women of African descent who effected change in Canada: Marie-Joseph Angelique, a slave who was said to have burned down “half” of Montreal from whom we have the first slave narrative in North America; Rose Fortune, the first “policewoman” in North America who helped “freedom seekers” settle in Annapolis Royal, Nova Scotia; Mary-Ann Shadd, the first North American woman to publish and edit a newspaper, among other things; and Viola Desmond who refused to give up a seat to segregation well before the celebrated Rosa Parks and who was recently named the new face of the Canadian $10 bill. Experience how each of these women affected change in the Canada of their time and ours. Things My Fore-Sisters Saw was formerly featured on Bravo Canada. By Leslie McCurdy