Who Reads What in Headwaters?

In The Hills delivers extraordinary advertising impact for your business

A recent survey* by an independent research company asked readers what action they had taken in response to ads in In The Hills.

What accounts for In The Hills’ extraordinary advertising impact?

In The Hills is the MOST READ, BEST LIKED magazine in the Headwaters region. The recent local survey compared reader response to six local magazines. In the “blind” portion of the survey respondents rated In The Hills the highest by a significant margin on every count.

National research shows that readers rate ads in their favourite magazine as more helpful and informative than any other media. So don’t miss out on promoting your business in the pages of Headwaters’ favourite magazine.

A good use of my time

National research shows that readers rate ads in their favourite magazine as more helpful and informative than those in any other media.

People read magazines to relax, at their own time and pace, often over several sittings, and with undivided attention (no multi-tasking). They are emotionally connected to their favourite magazine and save and refer to them over a period of time. All that is one of the reasons magazines with high reader engagement, such as In The Hills, are so effective.

Consumers agree that, relative to other media, reading a magazine, “Feels like a good use of my time.”**

And ads are part of that experience. Asked, “Where do you prefer to look at an ad?”† consumers replied:

In fact, when consumers were asked to pull out 10 pages that best exhibit the essence of their favourite magazine, 3 of 10 pages were advertisements!‡

*In The Hills commissioned The Resource Management Consulting Group, an independent research firm, to examine reader attitudes, behaviour and readership market share for six local magazines in the Headwaters region. Undertaken in early 2014, the comparative portion of the telephone study was conducted without revealing who commissioned the interview, and magazines were presented in random order. The questions regarding advertising specific to In The Hills followed the “blind” portion of the survey. The sample used is considered accurate ± 4.9%, 19 times out of 20. For more information about the survey and the methodology, contact your advertising sales representative.
** Media Connections Study, BrandSpark International/Magazines Canada, July 2013.
† Adobe Study, October 2012.
‡ Starcom, In-home Consumer Interviews, 2004.

For information about the many ways In The Hills can help increase your advertising impact, please contact one our representatives: 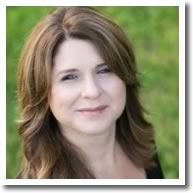 In The Hills – Orangeville, Shelburne,
Creemore and areas north of Hwy 9 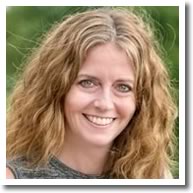 Inspiring Stories of Women in the Virtual PAMA Collections