Agriculture in the Greenbelt

In recent years farmers have been subjected to a plethora of regulations related to environmental protection and food safety. Has the pendulum swung too far?

“The issue is not the Greenbelt. It’s how are we going to eat?” So begins a conversation with Karen Hutchinson, who holds two stakes in the Greenbelt debate: one as a fourth-generation Caledon farmer, the other as executive director of Caledon Countryside Alliance.

This is a sidebar to Jeff Rolling’s feature article in our Spring 2010 issue,
“Letting the Belt out a Notch or Two: Should the Greenbelt be Expanded?”

After five years experience with the Greenbelt, she’s of the opinion that there’s a more critical issue:  “To me the bottom line is farm viability. I want a local food and farm system, and I want to preserve that capacity for future generations. Nothing has changed about that in the last fi ve years. We need to deal with that before we deal with the Greenbelt.”

Are local planning measures enough to protect agricultural land from development? Apparently the developers don’t think so. Citing Caledon’s Official Plan Amendment 179, which offers specifi c measures to protect agriculture, Hutchinson says “Caledon has been proactive on agricultural policy. Nonetheless, along with the Greenbelt, Caledon got 27,000 acres of “White Belt.” Right away, the farmers in the White Belt started getting pressure to sell. Some people have been getting knocks on their door almost daily.”

A recently published study by Professor Harry Cummings and two graduate students at the University of Guelph revealed that, between 2001 and 2006, animal agriculture declined faster within the Greenbelt than anywhere else in Ontario. The Greenbelt wasn’t established until 2005, and so further data will be required to determine what effect, if any, the legislation and plan have on this trend.

As land gradually gets bought up, either by speculators or city weekenders, and is in turn rented back to farmers on a year-by-year basis, it limits farmers ’long-term investment in land management and what can be produced. As a case in point, Hutchinson says, “It would be hard to develop an orchard.”

The years required to achieve organic designation pose a similar problem, and the type of farming is also a consideration. “I’m the first to agree that equestrian operations, for example, are an important part of the farm community and the economy, but they don’t contribute to food capacity.”

As to a University of Guelph study indicating an accelerated decline of agriculture within the Greenbelt compared to outside it, Hutchinson says “You need to look at the bigger picture. To begin with, it’s just tough to farm. Then it’s way harder for near-urban farmers, who also have to deal with traffic and higher taxes and population close by. It’s even harder to get your tractor or equipment serviced.

“We need to develop a new model for near-urban agriculture,” she goes on.“It will be a balance of factors. First, what crops can they grow? Next, Statistics Canada says 38 per cent of the food in our system goes to waste, so that has to be addressed. Also, considering peak oil, we need to integrate renewable energy into the system – especially for the greenhouse industry. Start by picking the low-hanging fruit.”

Hutchinson’s vision doesn’t stop there. “We need a Food and Agriculture Act that ensures farmers can have a decent income, send their kids to school and save for retirement. It also needs to help make sure children have the option to farm. It would invigorate farming the way the Green Energy Act has for energy … Why is it that we have poor farmers when one in five Canadian kids aren’t getting enough to eat? Isn’t there something wrong with that?”

The high level of rented farmland in the Greenbelt (42 per cent) may explain why growth in organic farming has been limited. Farmers are unwilling to invest the time and cost to become certified on property they don’t own. Also, smaller organic farmers in the Greenbelt may rely on direct marketing, and see less need for certification.

The recent crisis in the automotive sector also raises Hutchinson’s ire. “Why hasn’t there been a bail-out for agriculture like there was for cars? Agri-food is a $33-billion industry in Ontario, and it employs 700,000 people. We all eat three times a day. There’s a direct link between our food and our health. So why do we always take the lowest tender on our food? We’re just not looking at that.”

Is the Greenbelt doing what it set out to do? “No. It may be achieving some expectations, but if you mean farm viability, no.”

Some farm advocates suggest that as guardians of both the land and the food supply for the greater community, farmers should be compensated for their costs related to environmental protection.

Once left pretty much to do what they wanted on their own land, in recent years farmers have been subjected to a plethora of regulations related to environmental protection and food safety.  Does this just bring them in line with the regulatory supervision long imposed on other industries, or has the pendulum swung too far?

Below is a list of some of the legislative and regulatory changes affecting farm operations since the introduction of the Greenbelt in 2004.  (Source: Ontario  Federation of Agriculture)

Natural areas within the Greenbelt provide a variety of ecological services that would be extremely costly, or impossible, to replace. For example, according to a recent report by the Pembina Institute, the natural capital of the Credit River provides ecological services worth more than $371 million. (And that represents just one of the four watersheds that have their headwaters in these hills.)

With regard to water and waste-water treatment alone, the report says it would cost more than $237 million every year to replace the natural filtering power of land and wetlands in the Credit River Watershed with man-made water treatment systems. When natural space is developed, many of these costs shift to residents and taxpayers. Other lost value, like the loss of pollinators, cannot be replaced. 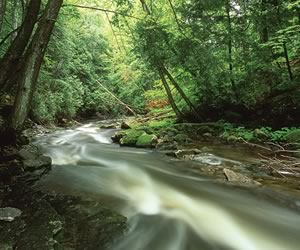 The Greenbelt: Letting the Belt out a Notch or Two

Should the Greenbelt be expanded? The central purpose of the plan is to protect farmland and environmentally sensitive land on the urban fringe.

Ecological services provided by natural ecosystems within the Greenbelt include:

Source : your greenbelt, your health – environmental quality by Ontario nature and the Ontario College of Family Physicians