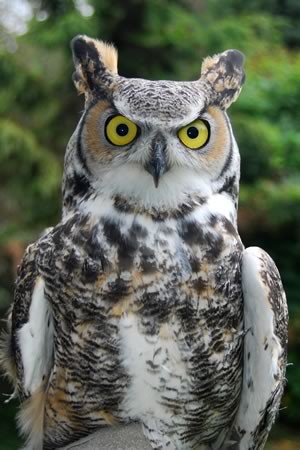 When night shrouds our hills an army of small mammals that hide by day become emboldened. The twitching noses of mice and voles search beneath snow for seeds of wildflowers. Numberless shrews emerge. These tiny carnivores seek dormant insects and pupae to fuel their hyperactive bodies.

The stirrings of these small beasts don’t go unnoticed. Owls can hear the scurrying of the tiniest feet. Their extraordinary vision turns night into day, revealing furtive movements concealed from our straining eyes. We perceive the winter woods and meadows to be almost bereft of life. Owls perceive a small mammal buffet.

Largest of these gifted hunters are great horned owls. Their size and their sensory abilities allow them to feed well even in the depths of winter. So well in fact that, as winds wail and snow sweeps down from leaden skies, great horned owls can, remarkably, begin to raise their families.

By mid-February some great horned owl parents are already brooding eggs. And by late March the raucous cries of hungry great horned owl young begin to pierce the quiet of the nocturnal woods.

Most often great horned owls appropriate a red-tailed hawk’s nest to raise their family. Because the owls begin to nest before the red-tails, the nests are simply there for the taking. They need not fear that a hawk couple will attempt to reclaim their nest. Discretion being the better part of valour, the hawks simply construct another.

If the wonderful vision and hearing of great horned owls is the foundation of their hunting prowess, it is ironic that this success can also be attributed, in part, to a lousy sense of smell. Oblivious to stench, great horned owls augment their already diverse diet with skunk.

That diet, according to Arthur Cleveland Bent in Life Histories of American Birds of Prey, includes ” almost any living creature that walks, crawls, flies, or swims, except the larger mammals.” 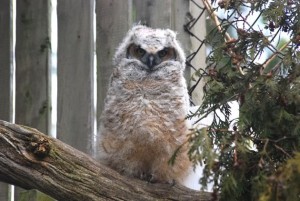 Even porcupines are sometimes attacked, with predictably dire consequences for the owls. House cats are also occasionally on the menu, though stories of small dogs being dispatched by great horned owls may be apocryphal.

Great horned owls along with other members of the owl tribe are gifted with adaptive traits beyond their acute senses. They invented stealth flight long before the U.S. air force. Soft feathers along the trailing edges of their wings enable silent flight, a great advantage when hunting prey with sharp hearing.

So successful are great horned owls that it is likely that the entire Headwaters region is claimed and divided up by these impressive birds. A great horned owl (or a pair) probably patrols your property regularly.

And the success of great horned owls extends far beyond our corner of  the world. Five years ago as I explored the Pantanal, a vast wetland complex in South America, I was led to a great horned owl nest in a palm tree. These owls occupy a tremendous range, from Alaska to Tierra del Fuego.

If you step out at dusk on a wintry eve, you may hear the hooting of a great horned owl. (See the link below for a sample of the sound.) Playing a recorded owl call may elicit a response, but do this only occasionally to minimize disturbance.

If you seek owls in the winter woods at night, the chill will eventually spur your return to hearth and home. Marvel then at the great horned owls, roosting comfortably among the snow-covered boughs of white pine or sailing silently over nearby meadows. 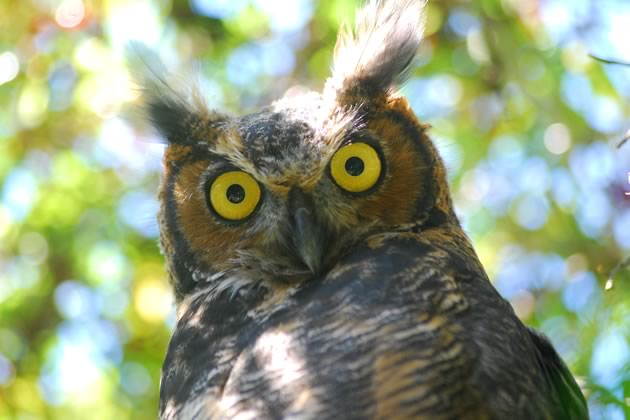 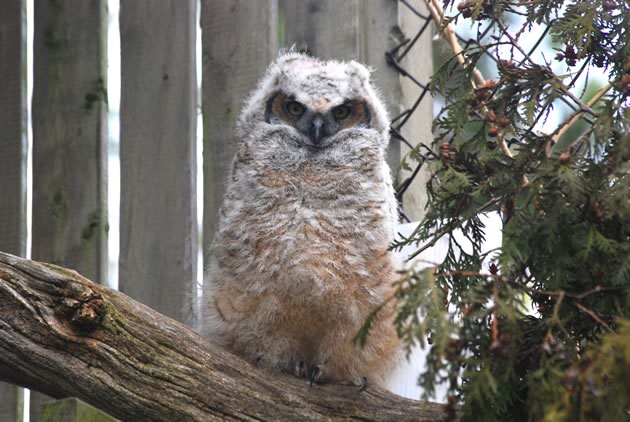 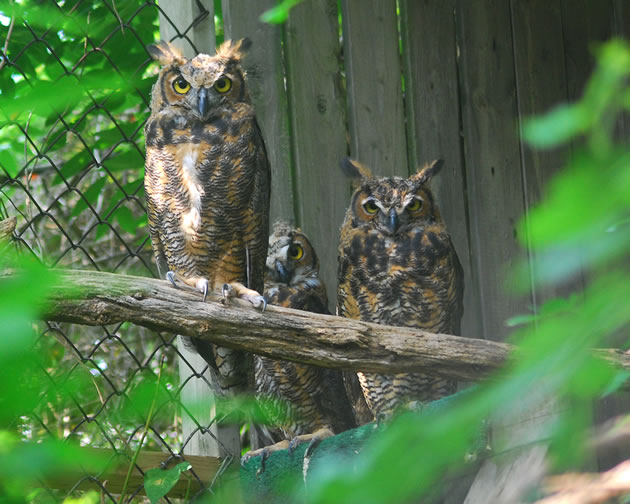 These supremely adaptable hunters shrug off the cold. And, with their suite of wondrous adaptations, they have managed, unlike so many other predators, to thrive in a human-dominated world.

Hear the hooting of great horned owls and learn more about owls and the rehabilitation of injured owls.