Cardinals appear at feeders most frequently at dusk and dawn. Perhaps during the twilight hours they are less visible to predators.

The lovely cardinal is a rather recent arrival to southern Ontario. Nesting cardinals were first discovered in the province in 1901 at Point Pelee. Cardinals probably didn’t become well established in the Headwaters region until the mid-twentieth century or so.

Why this northward expansion? Cardinals are able to thrive in human- altered landscapes. They are “edge” habitat specialists, happiest where woodlands merge with shrubby fields.

In addition, the proliferation of bird feeders has likely played a major role in supporting the expansion of cardinals. Climate warming will probably spur further northward movement. 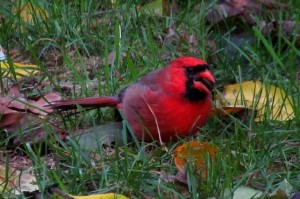 Cardinals appear at feeders most frequently at dusk and dawn. Perhaps during the twilight hours they are less visible to predators.

Those predators include northern shrikes. A friend told me about two separate occasions when he observed shrikes feeding on cardinals. Both were males, suggesting the possibility that the brilliance of male cardinals, while alluring to females, may also attract the unwanted attention of predators.

Further support for this theory came during a recent Christmas bird count.  I watched a shrike chase a male cardinal over the ice of a pond. There the birds hovered eye to eye and then landed, facing each other in a seeming test of wills.

Soon though, the pursuit was on again. The cardinal flew towards the shelter of pond-side cedars, with the shrike riding its tail feathers all the way.

I was graced with another fascinating glimpse into cardinal existence last August. A brave cardinal ripped a small paper wasp nest off the soffit of my house. It tore the nest apart on a neighbour’s lawn, presumably to feed upon the developing wasp larvae inside!

Our appreciation of cardinals should extend beyond their good looks. Like all creatures they lead complex, fascinating – and sometimes perilous lives. 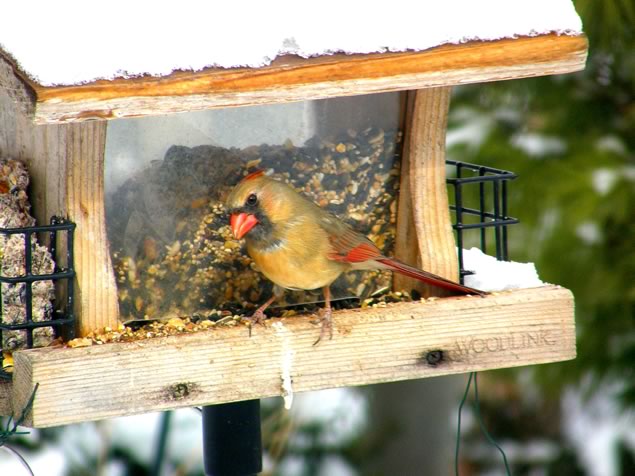 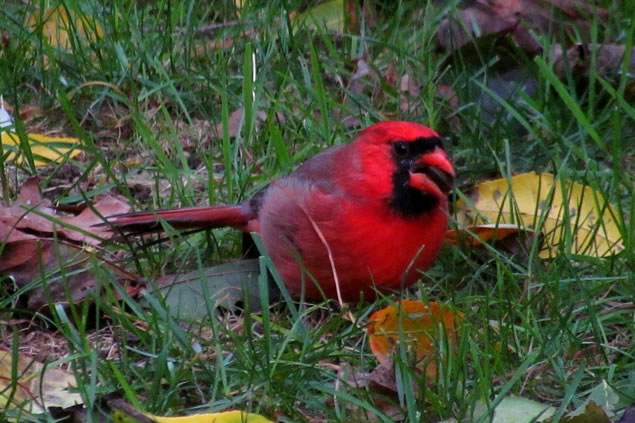 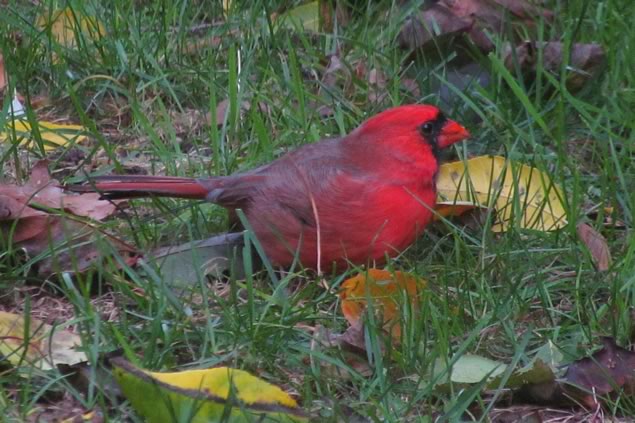 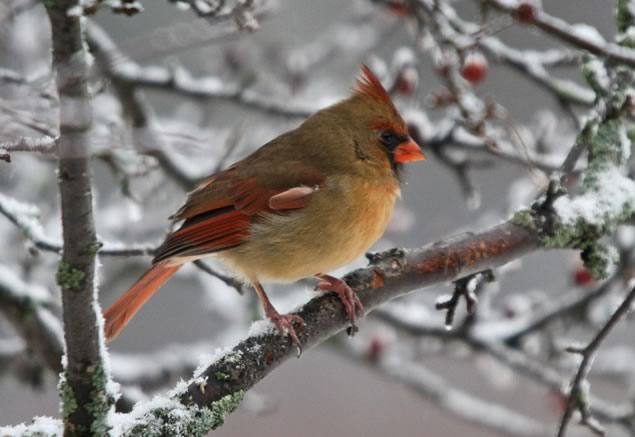 <
►
>
The proliferation of bird feeders has likely played a major role in supporting the expansion of cardinals. Photo by Don Scallen