A battery consisting of a slice of boiled potato between two electrodes can power a small light for 20 hours, after which a new potato slice is inserted.

“The electrical flow from potatoes, long known to be electrolytes, can be enhanced by boiling them to rupture the cell walls. A battery consisting of a slice of boiled potato between two electrodes can power a small light for 20 hours, after which a new potato slice is inserted. Potato batteries can generate energy at a cost comparable to conventional batteries. Apparently banana and strawberry batteries can also be used, but their softer tissues would weaken battery structure, and the sugars might attract insects.”
From Hugh Daubney’s News of Diversity, in Seeds of Diversity, harvest/11. www.cog.ca

“Tarnak Farms is the site of the notorious al-Qaeda training camp that operated from 1997 to 2001 and sometimes housed Osama bin Laden.

“But long before Tarnak became linked to terror and war, it had a 50-year history as a government experimental farm that was fed by the Dahla Dam. The dam, originally built under an American aid program and completed in 1952, turned vast tracts of arid land in the Arghandab River valley into fertile soil. Orchards and vineyards flourished. But decades of disrepair and war resulted in a reduced ability to regulate the flow of water.

“Tarnak Farms was within Canada’s area of military responsibility from March 2006 to July 2011. During that time, Canada spent $50 million repairing the Dahla Dam and irrigation system. It also invested $4.7 million in a new agricultural research institute at Tarnak Farms, returning the site to its original function.” 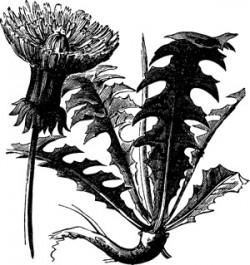 From Hope Amid the Ruins by Matthew Fisher, in Canada’s History, April-May/12.

“Sherry Schie, a chef from Strasburg, Ohio, won the 18th annual Great Dandelion Cookoff in 2011 with her recipe for dandelion-squash ravioli. Pete Dressen of Aurora, Ohio, placed second with his recipe for dandelion greens, tomato and goat cheese tarts. Their award-winning recipes are online at breitenbachwine.com.”
From The Great Dandelion Cookoff by Lorne McClinton, in Homestead, Spring 2012.

“These naturally cool storage spaces – a common feature of early American homes – are gaining new favour as food and energy prices surge, and also as we discover how much better locally grown produce tastes. Whether you garden or buy in bulk at your local farmers’ market, you can enjoy fresh carrots, cabbage, beets, potatoes, apples, grapes, and more year-round if you create a space with the right temperature and humidity. You can go so far as to make an insulated room in your basement – complete with ventilation controls -– or you can simply start with a barrel buried in the ground.”
From Vicki Mattern’s review of The Complete Root Cellar by Steve Maxwell and Jennifer MacKenzie (Robert Rose 2010), in Mother Earth News Guide to Growing Your Own Food, December 04/January 05.

“More evidence that grass-fed meat is good for you emerged recently when scientists in Ireland found that consuming grass-finished red meats from lamb and cattle, even for a short period of time, is good for your heart.

“The study, published in the British Journal of Nutrition (volume 105, issue 01), not only confirmed again that red meat from animals ‘finished’ on grass for the six weeks before slaughter contains significantly more omega-3 polyunsaturated fatty acids than meat from grain-fed feedlot animals, but also demonstrated for the first time that healthy consumers who ate that grass-finished meat for only four weeks showed significant increases in blood levels of omega-3s compared with those eating grain-finished red meat.”
From Yet More Proof that Grass-Fed is Better, by Oscar H. Will III, in Mother Earth News Guide to Growing Your Own Food, June/July 11.

“The wild Queen Anne’s lace or wild carrot is a lovely member of the family. Its roots are edible but best eaten very young as they soon get woody and fibrous. Queen Anne’s lace seeds have been used as a contraceptive for centuries.

“In modern tests, the seeds have been proven to interrupt the attachment of the egg to the placenta by blocking progesterone synthesis.

“The flowers also produce a creamy colour if used as a dye.”
From Ontario Gardener, Winter Annual/12. 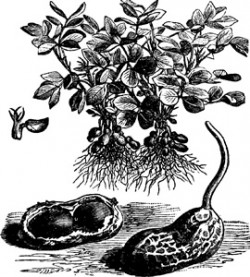 “Peanut seeds are among the world’s wonders for healthful goodness. Peanuts contain more than 75 per cent good unsaturated fat and more antioxidants than nearly any other more highly touted fruit or vegetable, and – vegetarians and vegans rejoice! – higher amounts of vegetable protein than any true nut.

“Although more than 3 million Americans are allergic to peanuts, the rest of us eat a lot of them. Forget the peanut oil, the snacks, and flavorful ingredients in our favorite dishes; last year, Americans spent almost $800 million on peanut butter alone. Even the hulls have value, finding use in products that range from wallboard to cat litter, fireplace logs, cosmetics, mulch, and cattle feed.”
From Crunch Time by Felder Rushing, in Organic Gardening, Apr/May/12.

“Be content to remember that those who can make omelettes properly can do nothing else.”
Hillaire Belloc