Hairy and downy woodpeckers frequent backyard feeders at this time of year. Though different sizes – the hairy larger, the downy smaller – their coloration and patterning is well nigh identical. The bills tell the tale. Hairy woodpeckers brandish large dagger- like beaks; the beaks of downys are smaller and more chisel-like.

I’ve always assumed that downy and hairy woodpeckers were about as closely related as two species could be – that sometime in the relatively recent past, their lineages diverged from a common ancestor.

This happens when a species of animal or plant becomes geographically isolated through some mechanism, such as an ice age. Each group then proceeds on its own evolutionary trajectory to become a different species.

Interestingly, gene sequencing has proven that this process is not responsible for the similarity between downy and hairy woodpeckers. It turns out that they aren’t closely related at all. They are both, most assuredly, woodpeckers, but they peck on separate branches in the woodpecker evolutionary tree.

One startling theory suggests that mimicry – like the mimicry that explains the similarity between monarch butterflies and viceroy butterflies – is at work. Just as viceroys benefit from their resemblance to toxic monarchs, downy woodpeckers may benefit from looking like hairy woodpeckers.

To explain how, a study in 2012 proposed that the look- alike downys are able to claim space and resources because hairy woodpeckers mistake them for other hairys. The reasoning continues that since hairy woodpeckers know that fighting each other is potentially dangerous – recall the dagger beak – they leave the similar looking downys alone as well.

I don’t think the last words have been written on this topic. For me the idea that downy and hairy woodpeckers developed their striking similarity as a result of mimicry strains credulity, but then the natural world is nothing if not astonishing. 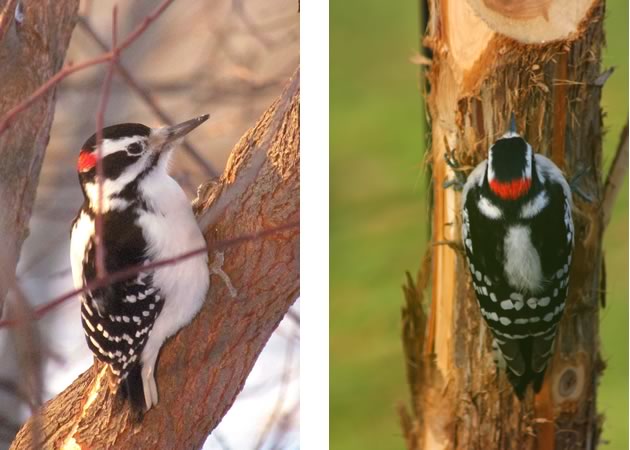 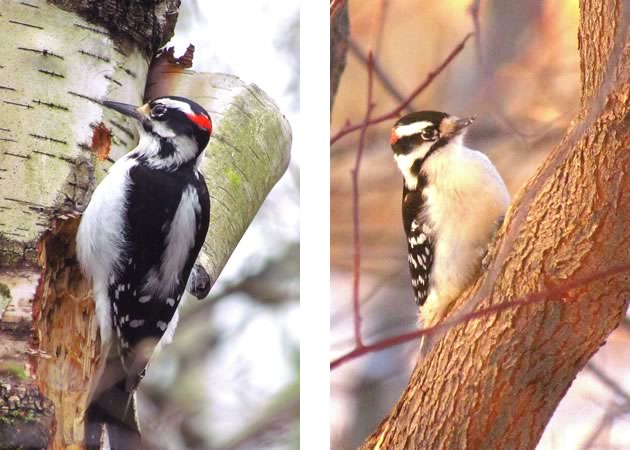 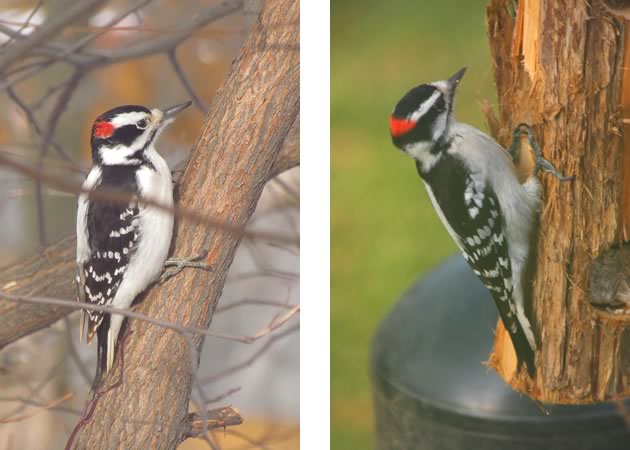 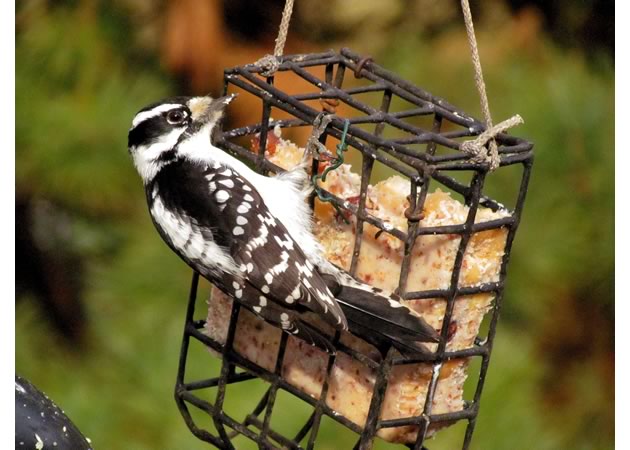 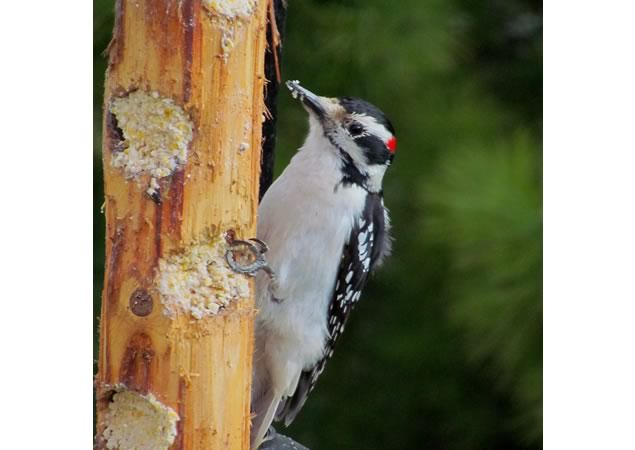 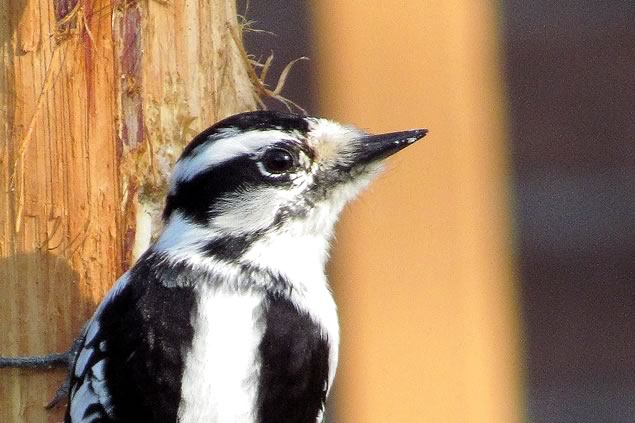 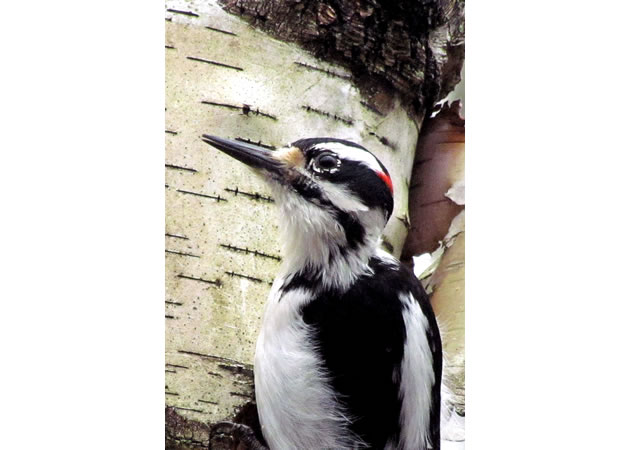