Chickadees are consummate risk takers and they pack a lot of smarts into their tiny bird brains.

People, like Steve Jobs or Richard Branson, who combine intelligence with calculated risk taking, can achieve great success. Intelligent risk taking can yield benefits in the avian world as well. Chickadees, while not likely to make a Forbes list of top entrepreneurs, are consummate risk takers and they pack a lot of smarts into their tiny bird brains. And like human beings who parlay these qualities into success, chickadees do as well.

The late Doris Borne of Alton was a birder and an avid camper, who would sometimes set up a bird feeder at her campsite. Chickadees would invariably be the first birds to find and sample the seed she offered. 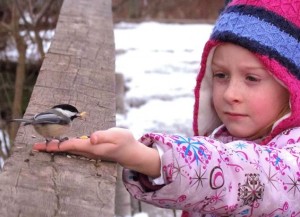 Chickadees are endowed with a mental dexterity that encourages them to poke their diminutive beaks into possible new sources of food. Not only will they be the first birds to discover a bird feeder, they also readily learn to accept seed from outstretched human hands – behaviour considered far too risky for most other birds.

In the mid- twentieth century, the blue tit, an Eurasian cousin of the chickadee, famously learned how to peck open the foil tops of milk bottles left on front porches of homes in Britain.  They supped the rich cream atop the milk.

With astonishing rapidity this habit spread throughout the British population of blue tits, from Land’s End to the north coast of Scotland. Travelling in flocks, as tits and chickadees do, allows them to learn from each other. Like us, they are apt to copy behaviour they see being rewarded.

Chickadees, like successful human risk takers, attract a variety of hangers on, some looking for a free ride, others with something useful to offer.  Chickadee flocks attract woodpeckers, nuthatches and other small birds. The chickadees’ willingness to go out on a limb to find new food sources surely helps them as well. 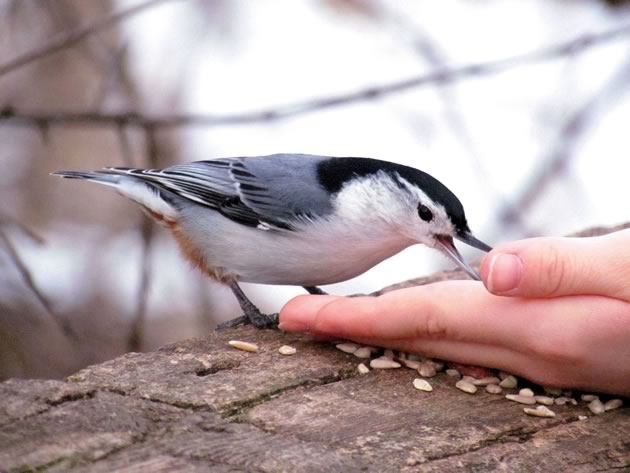 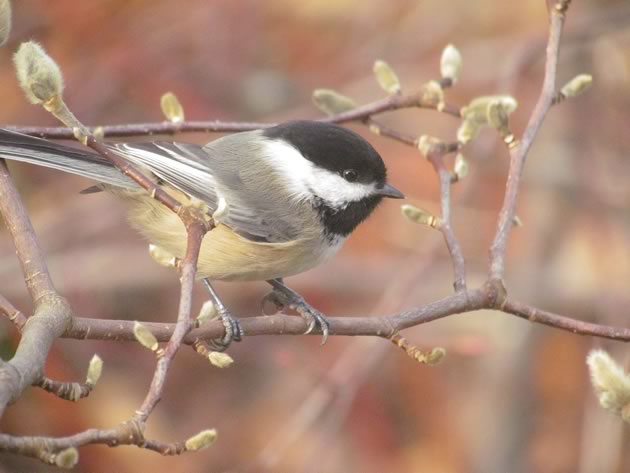 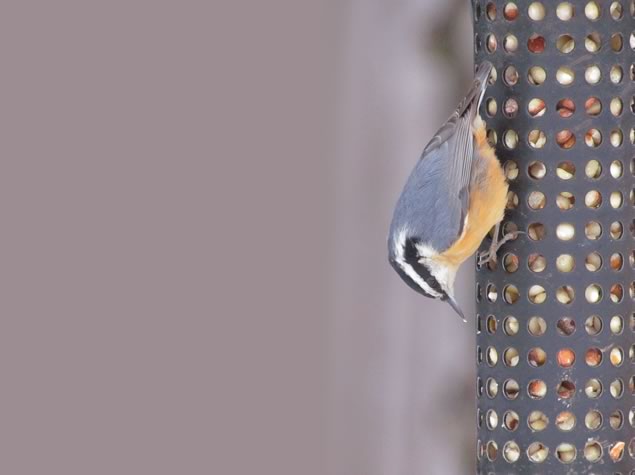 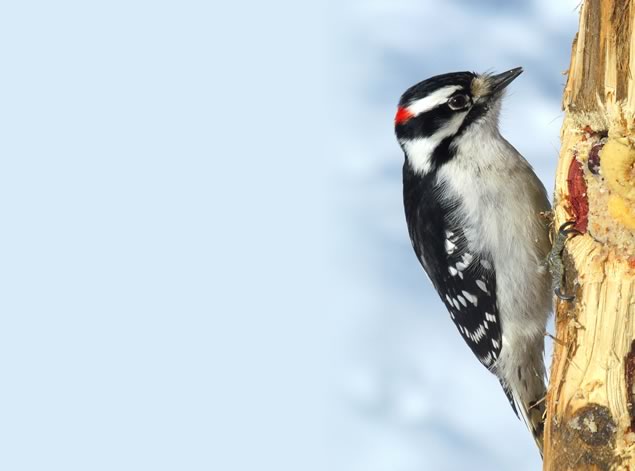 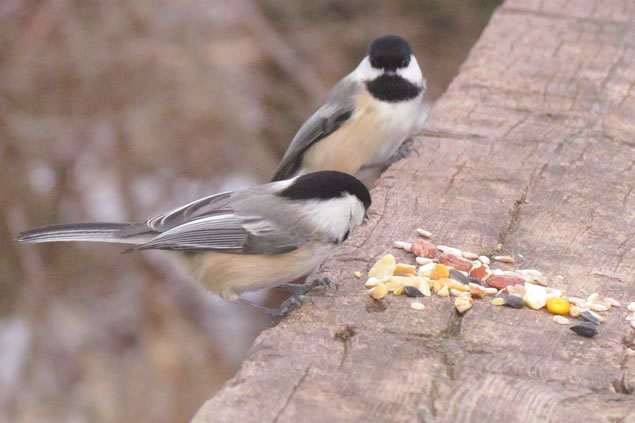 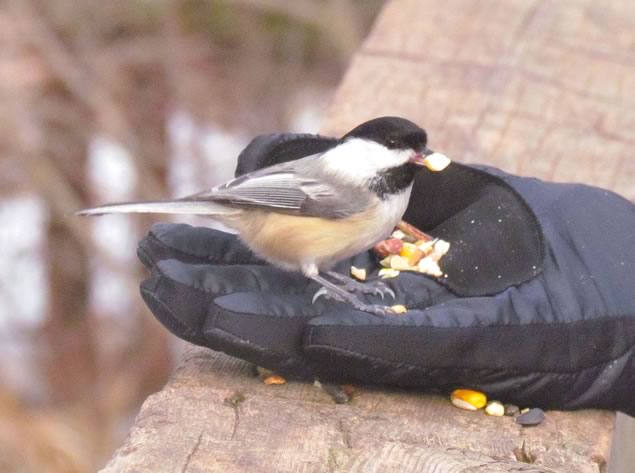 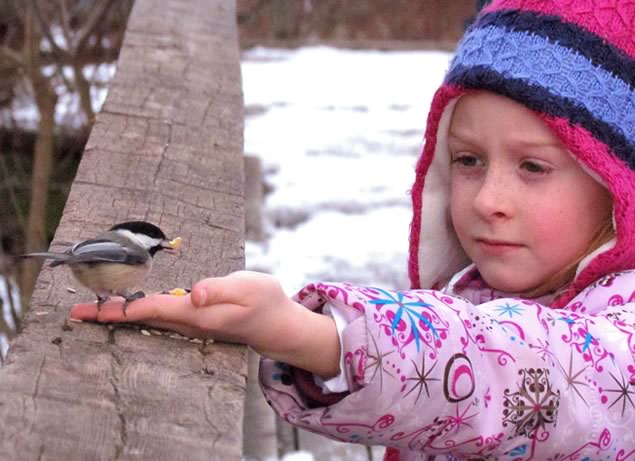 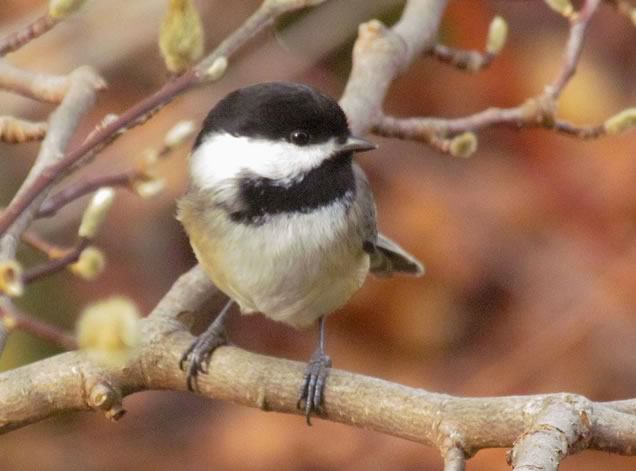