Harvey Kolodny: One of our 2013 Local Heroes

For some, community engagement and public recognition go hand in hand. Others, like Harvey Kolodny, take a quiet approach to changing the world.

A professor emeritus at the University of Toronto’s Rotman School of Management, Harvey first discovered the Headwaters region when he rented a weekend retreat in Caledon 18 years ago. Before long he bought a place in Mono, and within a few years moved again to the Mono-Adjala Townline. He says he got involved in the community “almost right away.” 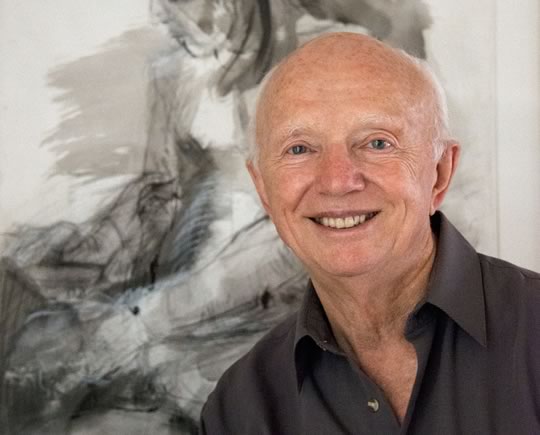 Harvey’s first involvement was with the Mono Mulmur Citizens’ Coalition, or MC2. “They were looking for someone to monitor municipal council meetings,” he says, “and I thought, ‘Okay, I can do that.’” Now 14 years later Harvey has served in a wide variety of leadership roles in the organization, and says he thinks its most important contribution to the community is raising awareness about issues: “If you educate people, they will take their responsibilities.”

Harvey’s work with MC2 led him into the battle to stop The Highland Companies’ proposed mega quarry in Melancthon, and he was instrumental in creating the Citizens’ Alliance United for a Sustainable Environment, or CAUSE. Though most people may be more familiar with the North Dufferin Agricultural and Community Task Force, or NDACT, which was the public face of the quarry opposition, CAUSE was active behind the scenes, raising funds and consulting with experts. Members also worked an extensive list of contacts that stretched even into Boston where The Baupost Group, which funded the proposal, is based.

Another of Harvey’s passions is the Dufferin Arts Council, where he currently serves as past president. Among its activities the council sends artists into elementary schools, funds arts scholarships, and holds monthly luncheons which expose artists to the community and vice versa. Although Harvey acknowledges his DAC activities are more “low profile” than those for MC2, he considers it the most important of his volunteer work.

And he’s now extended that commitment to a new role. He has recently joined the board of The Hills of Headwaters Tourism Association as chair of the arts and culture product group.

Harvey feels the next big local challenge is for Dufferin to develop a comprehensive plan to deal with the impact of population growth. “If we’re going to grow to 80,000 over the next 20 years, we have to try and find a balance that protects the environment and also protects the economy. Then the second issue is who are these 23,000 new people and how do we welcome them into the community while creating shared values and a common way of life?” Later, he adds, “Right now, we’re just letting it happen rather than taking charge of it.”

In all his different roles, Harvey feels his most valuable contribution has been in building infrastructure. For DAC, that meant developing an improved membership system and more effective avenues of communication. For MC2, it was getting the organization incorporated so individual board members don’t bear personal responsibility for the group’s activities. Put more simply, he says, “It’s just trying to make sure they are proper organizations that are running effectively.”

In sum, he says, “The best part of moving up here has been getting to know all the conscientious, community-spirited people.” And we can say the same about getting to know him.