Mary Vervoort: One of our 2013 Local Heroes

Mary and her Lambs

Sometimes fate arranges for the right person and the right task to find each other. Such was the case when Mary Vervoort came together with Choices Youth Shelter in Orangeville.

A no-nonsense farm wife who was first hired by the shelter as an assistant, Mary stuck with the organization through the early years as leadership changed hands several times and the board struggled with money. 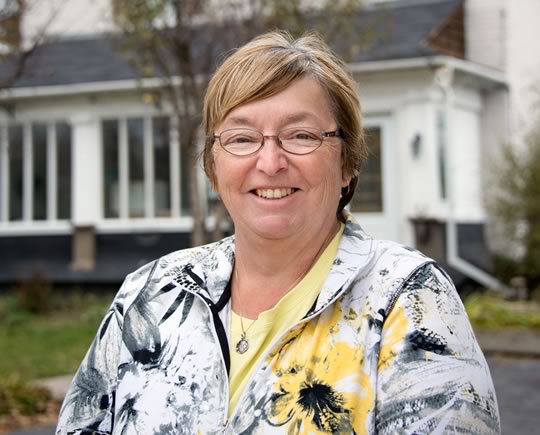 Her initial promotion to shelter manager was temporary – and discouraging. “I was told the shelter would close if things didn’t improve,” she says. But a flash of her trademark fierce determination crosses her face when she adds, “I didn’t like that idea.”

So she started rebuilding.

Formally named executive director in 2003, Mary says, “I realized very quickly that just warehousing these kids wasn’t doing any good. Conventional shelters do nothing to prevent homelessness. During my time in the Air Cadets, I’d done some training in talking to youth and I began to transfer the focus to that. When you start talking, you see that a lot of these kids have major issues and need help. So we got away from the crisis and started giving the message ‘you’re important.’”

Her approach led Choices to develop a range of programs, from cooking on a budget to life skills to anger management. “Some of these kids are very angry,” says Mary. And often for good reason. “How hard is it to have your parents say, ‘I don’t want you’?”

Useful as they are, these programs didn’t erase the growing need for the shelter. In 2012, Choices provided 3,050 bed nights to homeless youth. Mary says her most important achievement came when the organization was able to buy a building to permanently house the shelter – and then to pay off the mortgage in only four years. “It was a firm beginning,” she says.

Mary’s version of tough love for young people earned Choices the 2012 Ruth Atkinson Hindmarsh Award, which came with a cheque for $50,000. “We wanted to put the money toward something lasting,” she says, “so we developed a transitional housing concept.”

Mary’s Place, named in Vervoort’s honour, opened in early 2013. The residence provides longer term, semi-independent living for young people, and Mary is clearly chuffed with the results: “Low-income kids are providing their own solution.”

Part of being a good leader is knowing when to let go of the reins, and Mary decided to step down this past summer. “I accomplished everything I wanted to. More than I set out to do. It was time to let someone else take over.”

Now a few months into retirement, Mary is planning a long Florida vacation and says she’s “taking time to close the book. Choices was a huge thing in my life. My family made a lot of sacrifices. I want to focus on them for a while and then start thinking about what’s next.”

Whatever that is, if Mary is involved, you can bet on success.