Ingrid is a lifelong learner who went back to school part time to earn a business degree at age 50.

Ingrid Sproxton: One of our 2015 Local Heroes

In 2006, Ingrid Sproxton, a project manager at Johnson & Johnson, was taking part in a workplace team-building exercise. Asked what she might do when she retired, she laughed and said the first thing that came to mind – “Oh, I don’t know … maybe I’ll join the Rotary Club.” 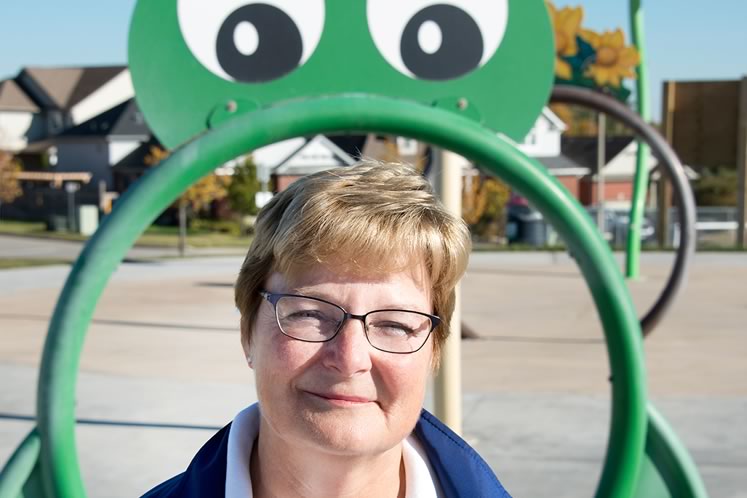 At the time, Ingrid knew almost nothing about Rotary, but the person who asked the question certainly did. A Rotarian, he seized upon her off-the-cuff response and urged her to join right away. By the end of that year, she was a member of the Orangeville Rotary Club. And by 2013, when she had, in fact, retired, she was the club president.

Rotary International was founded in 1905 when Chicago lawyer Paul P. Harris gathered a group of business leaders for the purpose of providing humanitarian services, encouraging high ethical standards and advancing peace and goodwill around the world. The name Rotary comes from the original members’ habit of rotating meeting locations among one another’s offices.

Rotary clubs raise funds for various community service projects, both locally and internationally. In Orangeville, says Ingrid, the club’s biggest recent project is the Fendley Park splash pad, which was completed in partnership with the town. The club donated $250,000 of the $580,000 cost. It is now also in the second year of a five-year commitment to provide a total of $25,000 to the Headwaters Health Care Foundation’s Commitment to Care Campaign.

One of the ways club members raise money is through Orangeville’s popular Ribfest, which draws several thousand people to the Alder Street Recreation Centre every July. Along with her other Rotary duties, Ingrid has chaired this event for the past three years. Though she had never run an event the size of Ribfest before, she credits the town’s residents with its success. “Orangevillians are very generous,” she says. “It’s a great community and people really participate.”

Though Ingrid’s term as president has come to an end, she continues to serve as chair of a new Rotary committee, the District Aboriginal Resource Team. “There are things Rotary could do to improve quality of life for Aboriginal or First Nations youth,” she says. “Generally speaking, Canadians are starting to know more about the Aboriginal situation.”

Outside of Rotary, Ingrid spent several years on the committee that organized the Headwaters Human Library. She also co-chairs the Orangeville chapter of the Canadian Federation of University Women, which advocates on behalf of women and girls, both locally and internationally. Despite the name, membership isn’t restricted to those with a university education. As Ingrid says, the membership is made up of “women who share the goals.”

A lifelong learner who went back to school part time to earn a business degree at age 50, Ingrid says her both-feet-in community service experience has taught her a few things. “First,” she laughs, “I’m not as organized as I thought.” Then, on a more reflective note, she adds, “I’ve learned that it’s very rewarding to work with a volunteer community. You can go a lot further with a crew behind you. And it is possible for a few people to make a big difference.” 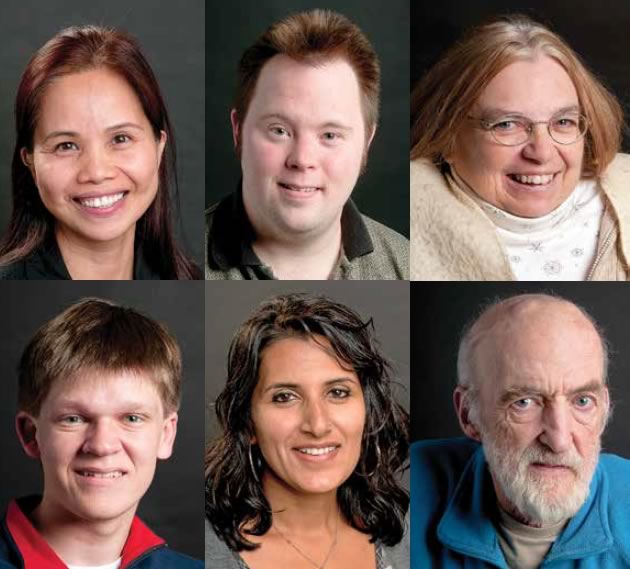