“I hesitate to say I did anything. It has to be all of council working together.”

Mary Rose is just back from a five-week vacation in Ireland, where both she and her husband Alex celebrated milestone birthdays, as well as their 45th wedding anniversary.

A stalwart of the Orangeville political scene for the past 30 years, Mary served just shy of 23 years on council – including two terms as mayor – before retiring at the end of the last term. She’s finally getting the chance both to travel and to put her feet up a little more often. 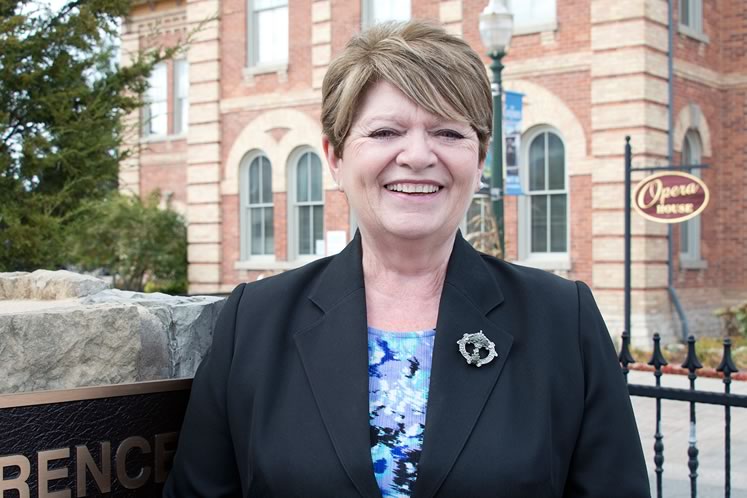 Though Mary’s long stint on council certainly boosted her public profile, many in Headwaters will also know her from her 37-year career in education, mostly teaching Grade 7 and 8 at St. Peter Elementary School in Orangeville.

Fun fact: Though Mary’s accent suggests an English background, her ancestry is Irish – and she has 52 first cousins in Ireland to prove it. Her parents lived for a time in London, where she was born and educated, but it’s Ireland, along with Canada, she considers home.

A self-professed introvert, Mary came to politics almost by accident. Though a couple of women had sat on Orangeville council in the past, she says that a few minutes before nominations for the 1985 municipal election were set to close, it didn’t appear as if any women were going to run. She was with a couple of friends who talked her into throwing her hat into the ring. As things turned out, Mary was one of four women who filed at the last minute.

Over her long stretch at the council table, Mary has been involved in countless community projects and served on innumerable committees. She is generous with her praise for others, in particular town staff and her fellow councillors. And she is careful to point out, “I hesitate to say I did anything. It has to be all of council working together.”

Still, she is justifiably proud to have had a role in realizing the success of many significant community projects. Among them are the restoration of Orangeville’s town hall, the construction of Headwaters Health Care Centre and affordable housing units, and the creation of both Orangeville Transit and Theatre Orangeville. Still a keen observer of local politics, Mary believes county-wide public transportation should be a key priority in Dufferin.

Since her retirement, Mary says, she has been asked to be on a multitude of committees, but mostly she has been taking some time to regroup. This doesn’t mean, however, that she’s planning to quietly fade away. “I’m afraid of relaxing to the point where I’m not using my brain, so I’m going to need a challenge,” she says. “I just wish I knew what it was.” After decades of juggling two jobs, she adds, “My life has been so planned. Right now it feels empty in some respects.”

Of overcoming her shyness and making the decision to plunge into public life, Mary says she has learned that “if you really believe in something, even if it’s not something you’re comfortable with, you can still do it and do it well.”