Bald eagles are among the most majestic of birds and, to the delight of birders, their numbers are increasing in Headwaters and throughout southern Ontario during the winter. They are returning from an exile driven by hate and human folly. 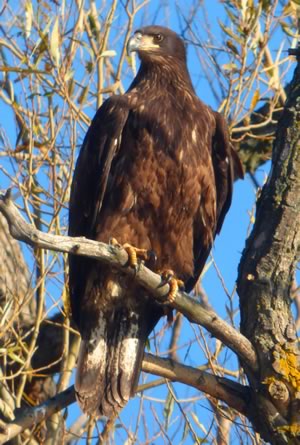 In the last century eagles fell victim to habitat loss and indiscriminate shooting. DDT poisoning is also cited to explain their decline, though some dispute this.

What is abundantly clear, however, is that early in the 20th century, as trees were being felled and wetlands filled, eagles and other raptors were fair game for anyone with a gun and an imagined grievance. They were despised and shot without pity.

I am heartened by the sea change that has occurred between then and now. Though might still find a few people who would gladly kill hawks and eagles, most are appalled at the thought.

This, in todays politically charged climate, offers hope. Our prejudices can be altered with reason and empathy. We are capable of positive change. Today, we thrill to the sight of a bald eagle soaring overhead. Instead of reaching for our guns, we reach for binoculars.

In 2013 bald eagles nested successfully on the Canadian shore of Lake Ontario for the first time in at least 50 years, at the Royal Botanical Gardens in Burlington. A pair of eagles continued to nest there through 2016.

With its abundant fish and large area, Luther Marsh is likely the best prospective nesting real estate for bald eagles in the Headwaters region. But regardless of whether bald eagles ever nest locally, they will continue to draw our gaze skyward during migration and in the winter, as they recolonize Ontario – symbolic not of Trump’s America but – to quote Abraham Lincoln – of the better angels of our nature. 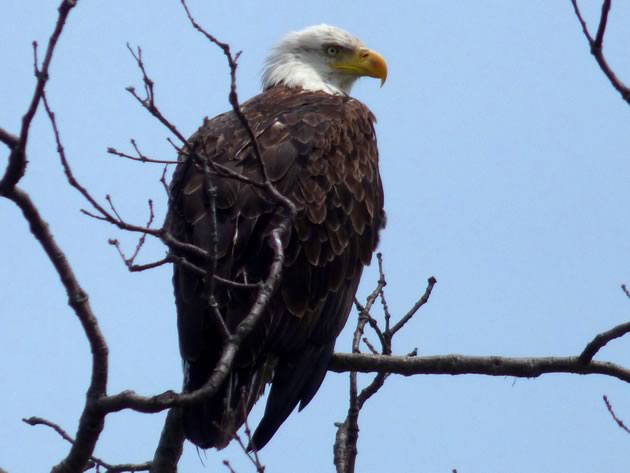