The Easter Bunny is a generous soul, with a happy, carefree demeanour. Proof is her smiling face on advertisements and boxes of candy.

Here in southern Ontario, cottontail rabbits are the common local “bunnies,” but unlike Easter bunnies, their lives are hardly carefree. Real bunnies are far more circumspect than Easter bunnies.

And with good reason. Except for the killer rabbit of Monty Python fame, rabbits are about as intimidating as cantaloupes, and on their small frames carry a kilogram of flesh coveted by a who’s who of hungry predators including coyotes, foxes, mink, weasels, fishers, owls, hawks and on. Simply put, cottontail rabbits are choice food for all our medium- and large-sized predators.

When others want to eat you, and you have little ability to defend yourself, you better be able to run – really fast. And cottontails can – a pedal to the metal speed of about 50km/hr.

But they quickly tire. If chased on an open field they’re likely to end up in bunny heaven. So cottontails are masters at hiding. The old story about Peter Rabbit and the briar patch has a lot of truth. Cottontails conceal themselves in dense thickets of shrubs and brambles.

What they don’t do is dive into a hole in the ground. European rabbits like the ones in Watership Down live in earthen tunnels, not ours. 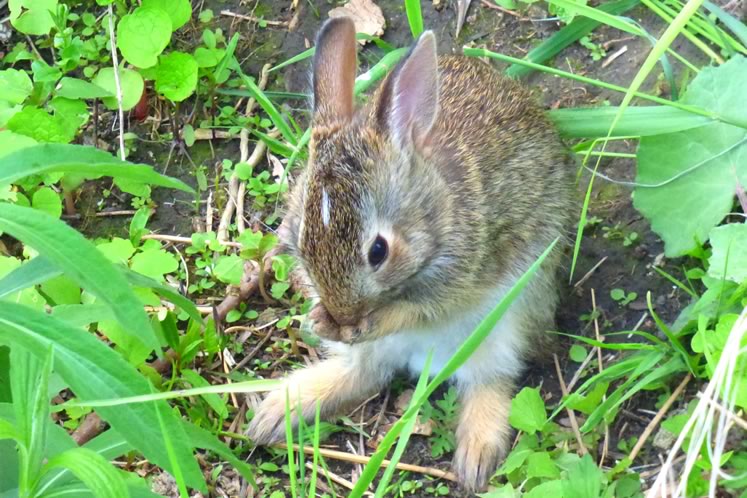 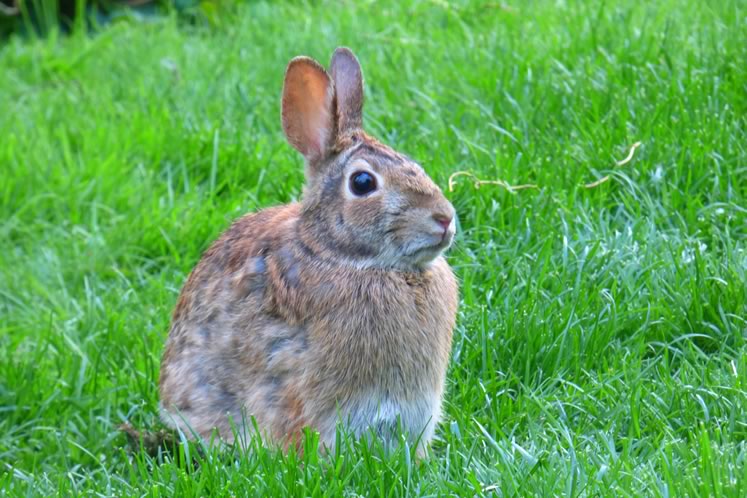 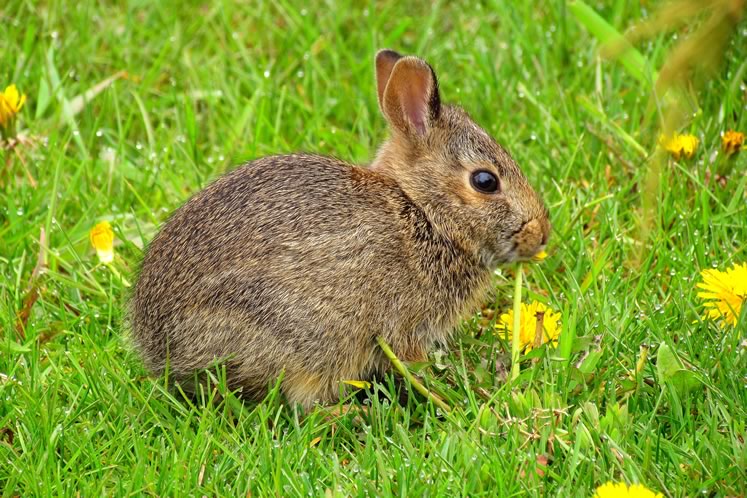 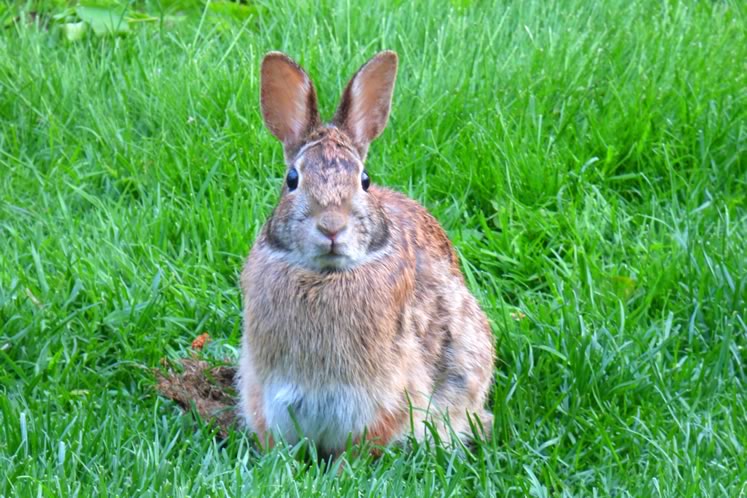 Despite all the perils faced by our cottontails they remain common. And yes, the term “breed like rabbits” suggests why. Cottontails can have up to seven litters of three to six young per year! That’s a lot of bunnies!

I hope the Easter Bunny remembered you, but as you savour the treats she left, spare a thought for the real bunnies outdoors. Their lives are anything but carefree!