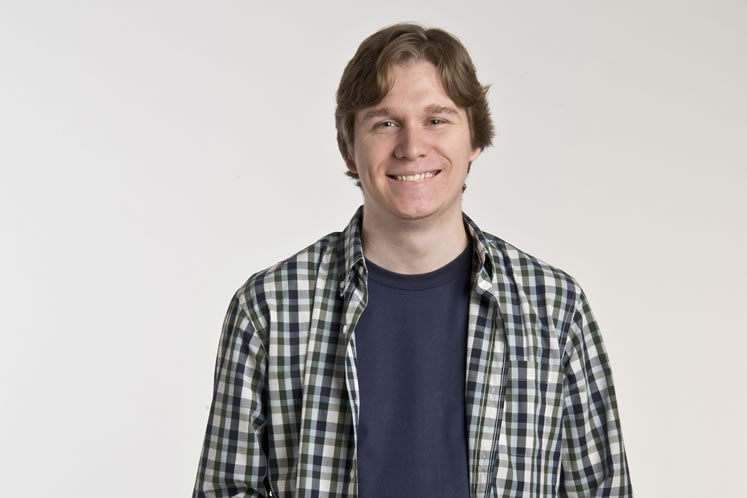 If Coulter Baker seems to have it made as a professional game designer, it’s because he’s worked astonishingly hard for it. “Someone once said that it’s incredibly challenging to make even a bad video game,” says the Melancthon 24-year-old dryly. “Imagine how many hours go into making a good one.” Coulter should know – his award-winning game Disco Is Dead took eight months to create with a team of six. He was also part of a team that created the critically acclaimed new game Fracter.

Coulter has high-functioning autism and overcame its challenges to graduate  at the top of his class in Sheridan College’s honours bachelor of game design program last year. Coulter began to test this work ethic and love of design when  he was three years old, creating his own card games. Now his goals are more advanced. He is keenly interested in how games function as an interactive medium via player engagement. With increasing levels of player control and Hollywood-esque storylines, video game innovation is an exciting field.

For young people interested in game design, Coulter recommends taking advantage of the many resources available online to learn and practise. Oh, and if you want more, think about attending Sheridan. Coulter has just assumed his first teaching gig at his alma mater.