Mono’s Sara Rose has found a way to marry her gift for music with her training in social work with a music program at Hospice Dufferin. 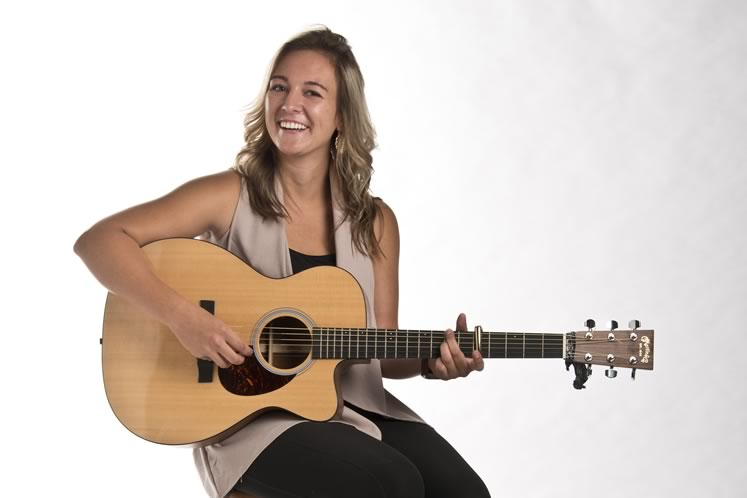 Now that’s some matchmaking – Mono’s Sara Rose has found a way to marry her gift for music with her training in social work. You might recognize this singer-songwriter from her local performances. Last May her debut album Until Now (for a review, see the Year in Music) launched at the Orangeville Opera House – and she brought two of her newest songs to the 25 Under 25 Awards presentations in October, one of them a tear-inducing tribute to her grandparents’ love.

Offstage, Sara’s parallel passion has led to an honours degree in social work from Laurentian University. As part of the program she undertook a placement at Hospice Dufferin, and created a music program to support the hospice’s palliative, bereavement and caregiving clients. She says the program “utilizes music to tend to physical, emotional and spiritual needs around death and dying or serious illness.”

Described as someone who always goes above and beyond, Sara is now a member of the Hospice Dufferin board of directors and sits on its fundraising committee. She is also the founder and co-host of Hope through Harmonies, an annual live music fundraiser for the organization.

Sara, ever the multitasker, is currently working on her second album, collaborating with other artists, writing a book and participating in a film project. Whew. She also has her sights set on a trip to Nashville and touring her upcoming music across Canada.