Albion wrestler Nicole French has competed in Italy and Romania as part of Junior Team Canada. 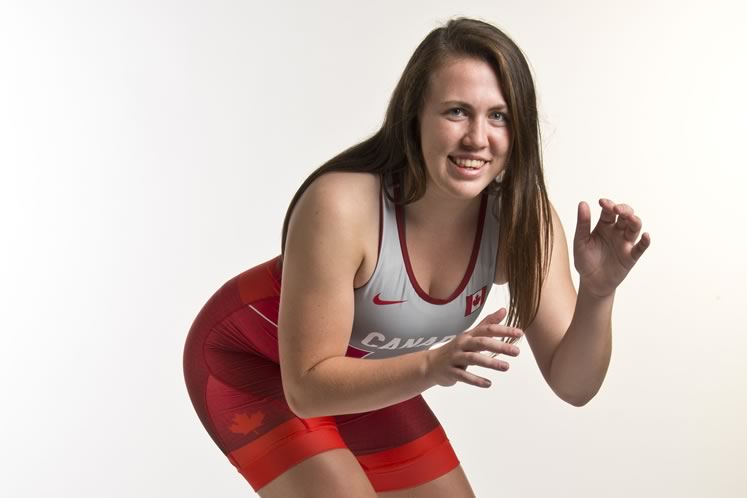 Competitive wrestler Nicole French knows what it is to be what she calls “farm girl strong.” With a long family history in the agricultural business, Nicole has dedicated herself to sport and to farm life in equal measures.

Nicole began wrestling in the ninth grade at Bolton’s Humberview Secondary School, which led to being named MVP for the high school’s wrestling team four years running, receiving the Athlete of the Year Award  three years in a row, and graduating with the school’s Outstanding Contributions to Athletics Award. Outside of wrestling, Nicole has been committed to demonstrating “the importance of agriculture awareness in the community” through her many years volunteering with the Albion & Bolton Agricultural Society’s two major events, the tractor pull and the Bolton Fall Fair. As a 4-H Ontario Ambassador, she has also travelled across the province promoting its programs.

Nicole currently studies kinesiology at Brock University and is continuing both her volunteering and wrestling there. She helps train athletes so they can compete at their best, applying knowledge from both her studies and her training.

Nicole earned a spot on the university’s wrestling team in her first year and won several medals that qualified her to participate in the nationals where she won gold. In turn, that secured her a spot on the Junior Team Canada where she had the opportunity to travel to Italy and Romania to compete at the international level – she came home with a silver from the Italian competition. This young woman has certainly wrestled her way to the top!

About the Author More by Kira Wronska Dorward

Kira Wronska Dorward is a freelance writer living in Caledon. Kira holds a master’s degree in history from the University of Toronto and has worked for Magazines Canada and the National Magazine Awards.