Day of the Poets

Orangeville’s festival promises to “saturate the air with poetry.”

You’re strolling along Broadway in downtown Orangeville on a pleasant Saturday afternoon as spring nuzzles up to summer. The sun is shining, trees are budding, birds are chirping, and someone in a doorway just ahead is speaking loudly. 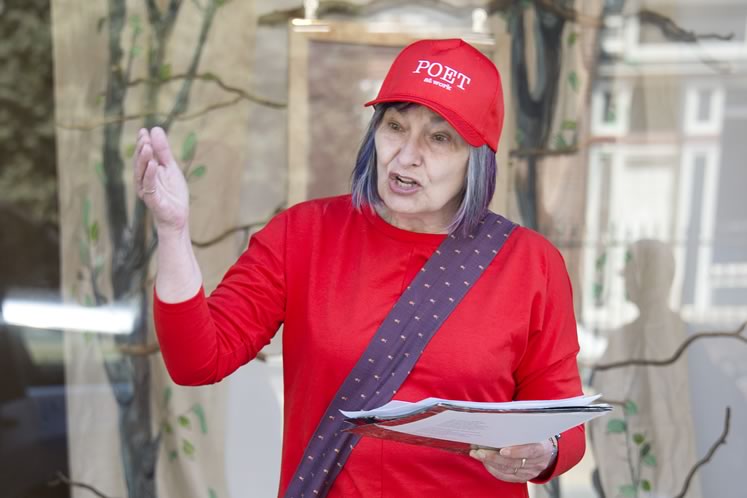 She’s dressed in reds – tunic, cap, claret-coloured boots – and emoting to a small crowd of eight outside Maggiolly Art Supplies. You approach cautiously, near enough to read the four-letter word emblazoned boldly on her ball cap: POET. The first phrases you hear are “I am lost / left / unloved / Until the light hits me…”

This is the free verse of Valerie Senyk. Undeterred by the competing rasp of passing motorcycles, she delivers her poem “The Fool” with animation and broad gestures. You stop and join the listeners, swelling their number to nine. Senyk is one of 20 red-capped poets who participated last May in Orangeville’s inaugural Day of the Poets.

As poet laureate of Dufferin County, Harry Posner launched the poetry festival as part of his commitment to bring the joy and power of words to the streets. “More than any other art form, poetry gets to the essentials of what it means to be human,” he says. “It’s a form that provides an indirect way of seeing, where you catch the unnoted details. There are worlds in those details. Worlds within words.” 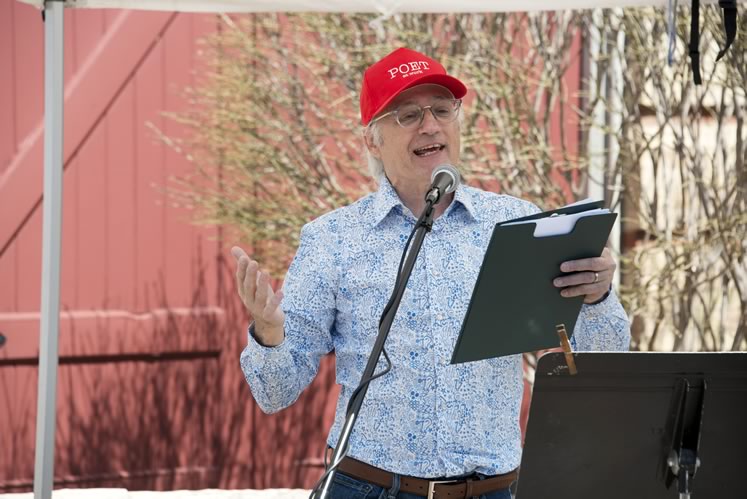 Spoken-word poetry, he adds, “tends to be more colloquial, more engaging of the audience and more interactive, compared to written poetry, which is often more internally processed, the expression of a more private experience.”

The town already has its hugely successful Blues and Jazz Festival and the growing Taste of Orangeville food event. With sponsorship from the Dufferin Arts Council, the Canada Council for the Arts, the town and its BIA, Day of the Poets aspires to become a popular annual addition to the local cultural landscape.

The first iteration of the festival may have been limited in audience numbers, but not in ambition. Acknowledging he expected to start small, Posner says he and his colleagues nonetheless set out to commit “random acts of poetry” and to “saturate the air with poetry.”

Saturation on this sunny Saturday begins in the cobbled town square (round, actually) in front the town hall. You and your neighbours, bags of market bread, produce and couldn’t-say-no-to treats in hand, are drawn by the bell and the booming invitation of frock-coated, leather-lunged town crier Andrew Welch. This day, he calls in rhyme.

Posner, author of six books of poetry and fiction, as well as several spoken-word recordings, kicks off the festivities by reading his poem “I Want” – wit and wisdom on the effects he wants from poetry. You’re intrigued. Singer-songwriter Robert Priest – hey, you’ve heard of him – follows, singing the poetry of “Bonne Chance, Marie,” “My Emptiness” and “The Bomb in Reverse” with musical accompaniment. 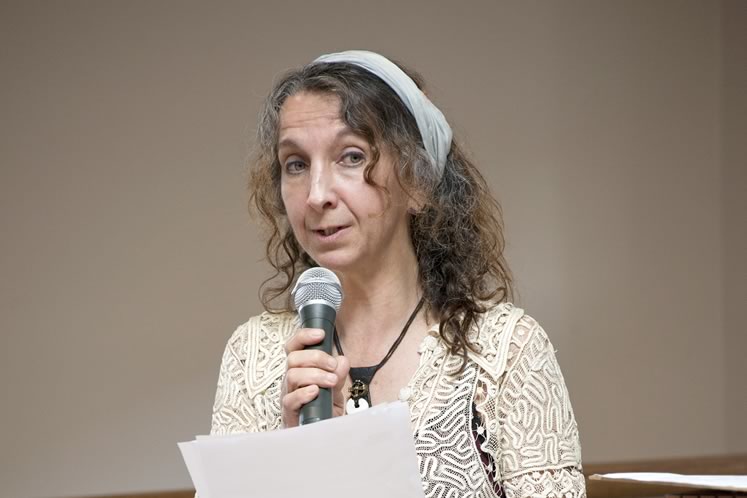 Later, around the corner at the Orangeville library on Mill Street, there are spoken words, but no shushing librarian. An audience of a couple of dozen settles in by the fireplace where a poet with a poetic name – Morvern McNie – has traded her red POET cap for a bandana. Still and soft-spoken, she recites “Designed to Forget” [see page 63]and “Resting Above My Page” – the latter a prose poem reflecting on the complex bond between sisters. You find it moving, perhaps even more so than if you had encountered it on a page.

What do poets look like? You are learning. They look like Morvern McNie. They look like you or me. They look like Manar Mushi, who steps up to the microphone (the library event is billed as “open mic”) in camouflage jacket and hijab. She’s nervous, yet moved to share a selection of two-line poems by Canadian poet Rupi Kaur, whose book Mushi has just selected from the library shelves. 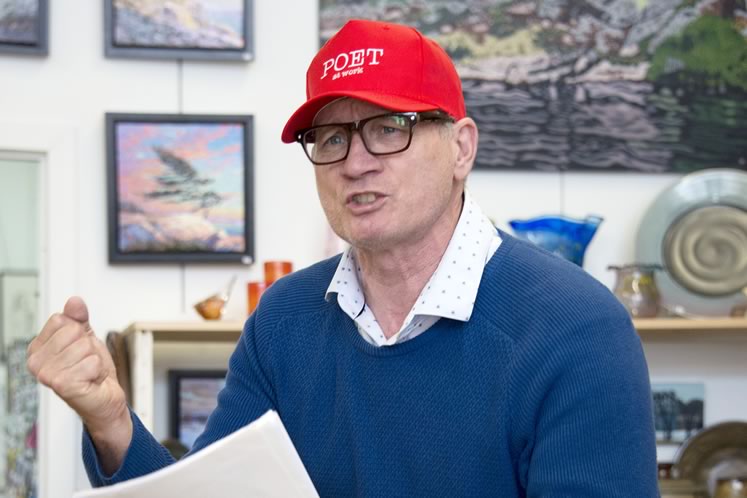 And they look like Rob O’Flanagan. On the other side of Broadway, a poet’s stool is set up at Dragonfly Arts on Broadway. It goes unused by O’Flanagan as he paces the creaking floorboards – passionate, pleading, projecting. His is restless and robust poetry. Forty-nine paintings, a metal moose, and about a dozen souls look on as O’Flanagan, shirttail flapping, fills the colourful front gallery with words and energy during his 15-minute set.

His voice rises and falls. His cadences vary. His fists clench and slash as he recites. “Does anybody have a flashlight?” he booms, jolting you with his first poem. It is followed by “High Points,” “Grandma’s House” and “Dad in the Mirror.” The last moves him near to tears as he relates seeing his late father’s face in his own, looking back from a mirror:

My dad is in the mirror
a bit more all the time.
Sometimes I think it’s just
him standing there,
in different glasses
and hat …

For you and the few in attendance, the effect is memorable. Indeed, it reminds Joan Hope, owner of Dragonfly Arts, very much of the first few years of the Orangeville Blues and Jazz Festival. “It was a very similar vibe. Few people came for the event. Customers would tiptoe in confused, and then leave quickly. But those who stayed had an experience they remembered. And look at the OBJF now! We had to stop hosting inside because of the crowds.”

On pages fixed to their windows, Dragonfly Arts and other Broadway storefronts feature poems curated by Posner – “Brightness” by Richard Outram is posted at Mochaberry, Caledon poet Max Layton’s “I Like Like” is at The Scented Drawer, Robert Menzies’ “Premonition Palette” is at Blumen, and even prosaic H&R Block displays “El Camino Real Return” by Kate Russell: “There, a lone coyote trickster / In among the cattle / Southbound on El Camino Real…” 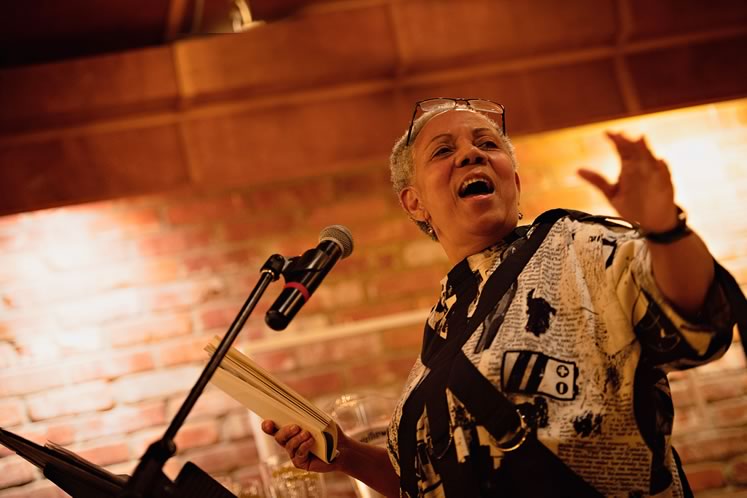 You are leaving downtown with your shopping in hand, having been exposed to more poetry in the past several hours than in the past several decades. You could have avoided it, but you didn’t. Instead, you experienced rhyming poems inside stores, free verse from their doorways, alfresco encounters with poetic strangers on Broadway. You even considered stepping up to the open mic in the library and embarrassing yourself with tortured rhymes for “orange.”

You’ve never been one for poetry, but this poetry, not read but experienced, was absorbing. These poems were different from those you recall from rare encounters in the odd magazine or dimly remembered school textbooks. You have now seen poets breathe, gesticulate, stumble, feel. The experience had context. It had passion. It had personality beyond the page. It might just send you back to the page. 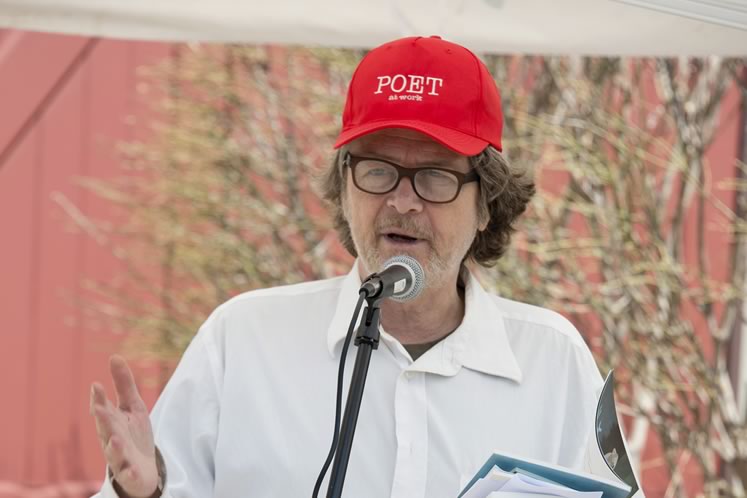 For now, you’re heading home happy, head filled with poetic words. The vendors at the farmers’ market have packed up and gone, but the town crier hasn’t. Brass-buttoned vest off and stripped to his ruffled shirtsleeves, he fills the air with a parting rhyme:

I’m also of use
If livestock gets loose.
I’ll broaden the search for your pig…

Building on last year’s experience, this year’s festival will be structured a little differently. “More contained and more eclectic,” says organizer Harry Posner. Poets will perform every half hour from noon to 5 p.m. at the Orangeville library on Mill Street.

The day will be headlined by renowned dub poet Lillian Allen. The recipient of two Juno Awards for her reggae spoken-word recordings, Allen is an activist for cultural diversity and a creative writing professor at OCAD University.

Other poets on the program include Day Merrill, poet laureate of Collingwood; sound poet Penn Kemp, former poet laureate of London, Ontario; and back again this year, croc E moses, whose musical poems reflect his long residency in southern Africa.

The day begins with free public poetry workshops at the library. At 10 a.m., Gary Diggins leads a session on creating improvised soundscapes to complement recited poetry. At 11 a.m., Steve McOrmond discusses found poems, words and phrases borrowed from other texts and arranged to surface new contexts and meanings.

but mostly
I want poetry to toss me into love

All of it, a designer’s plan.
The one from that party.
I was trapped in her conversation while you were
in a corner talking to your cousin’s friend
finding ways to meet again.
I could see from a distance how our mornings
would warn nights of pressing engagements.
How our tomorrows would open
the blind to when will he leave.

When it happened
I moved on with a ruthless vigour.
Threw out, destroyed, became a self-inflicted amnesiac
living in an uncluttered, non reflective space.

There is nothing here to trigger memories of you.
No furniture or personal items.
No fingerprints to dust from something
you might have touched.
Everything here is meaningless colour-coordination.
See how my art matches my couch,
how the table with the shelf on the wall
forms a triangle to lead the eye,
how my burnt orange place mats complement the blue glass vase.

When I come home from work
it’s like not coming home.
I now claim perpetual visitor status.
Can I use the fridge? Should I cook?

I talk to the neighbour’s dog through the fence.
The thump of its tail reminds me of
how you sometimes choked on your food
and I’d thump your back to save you
to save us. 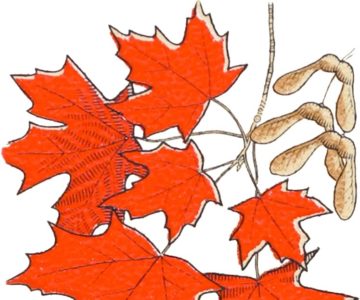