Dufferin Farm Tour offers a behind-the-scenes peek at agricultural life in the county.

Get out your rubber boots and food coolers. It’s time for the annual Dufferin Farm Tour, which has been showcasing local farm operations for nearly 20 years. This season’s self-guided tour, which includes three farms in the Hockley Valley area and two in Amaranth, takes place Saturday, September 28.

The lineup includes vegetable, beef and dairy producers where “people can see how farms work today and how hard our farmers work to put food on our table,” says tour chairperson Trevor Pugh. The tour also features both a Christmas tree farm and a riding stable and school, which he notes may not “immediately come to mind when you think of farming.”

We checked in on three of the participating farms — Am Braigh Farm, Sevenhills Holsteins and Hockley Valley Farm — for a preview of what tour visitors will experience. 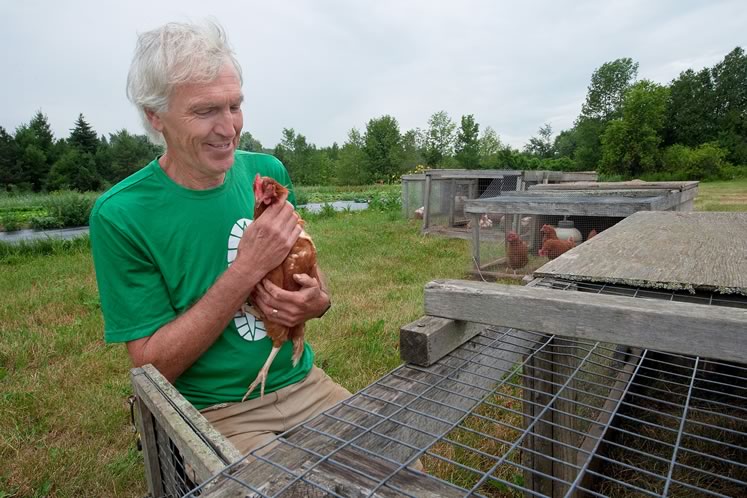 Am Braigh’s owner Jamie Richards with one of his feathered friends. Photo by Rosemary Hasner / Black Dog Creative Arts.

Though Jamie Richards of Am Braigh Farm has been getting his hands dirty in various ways for about 24 years, the retired geography teacher says he has been a serious farmer for only the past decade. His small original market garden has grown to about an acre, and he offers salad greens, carrots, vegetables and other products at a self-serve shop at the end of his laneway. 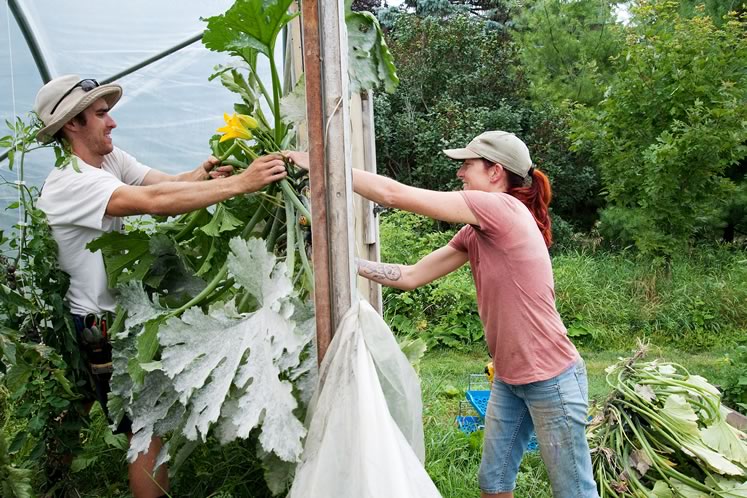 In addition, a total of 4,500 square feet in four greenhouses enable Jamie to produce food year-round. “We use minimal heat in two of the greenhouses for the more sensitive crops,” he says. “The rest are not heated.”

“We in agriculture are on the front line of climate change, both in feeling its effects as well as being an important instrument of change,” he says. “Regenerative agriculture is becoming the inevitable next step in agriculture.” 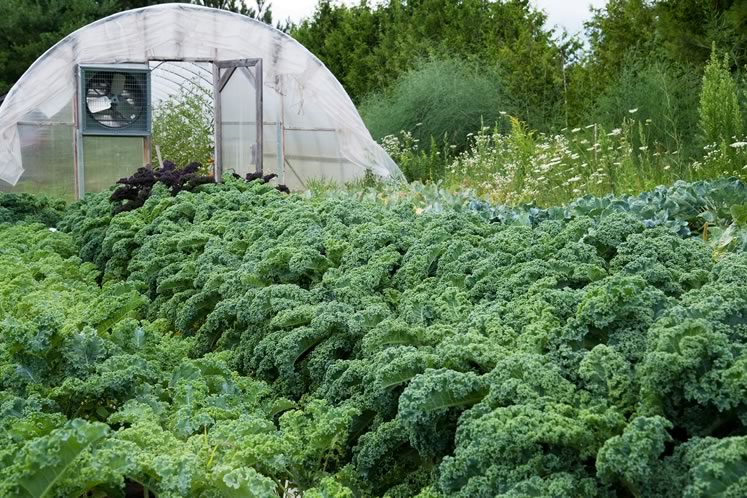 Am Braigh was on the farm tour about five years ago and Jamie says the experience was pleasantly overwhelming. “We had over 500 people and I had no idea that we would be seeing that many people. It was kind of neat to realize there’s that much interest.” 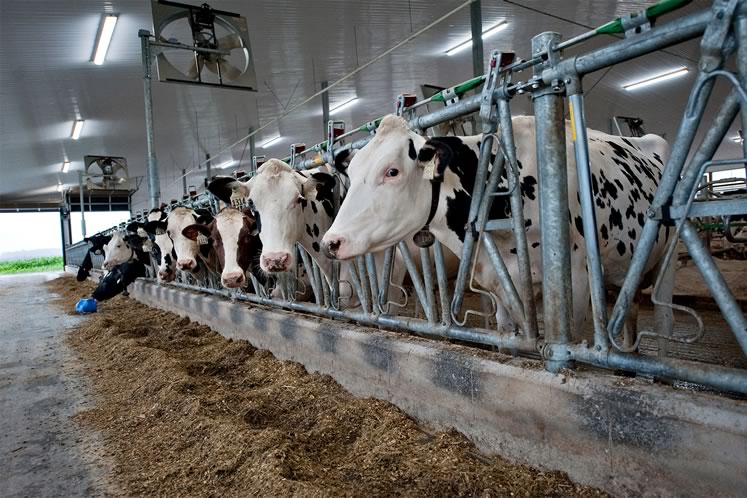 The new automated milking facility at Sevenhills Holsteins is the pride and joy of the Overgaauw family. “We are a family-run farm,” says Kevin Overgaauw. “We do everything ourselves.” 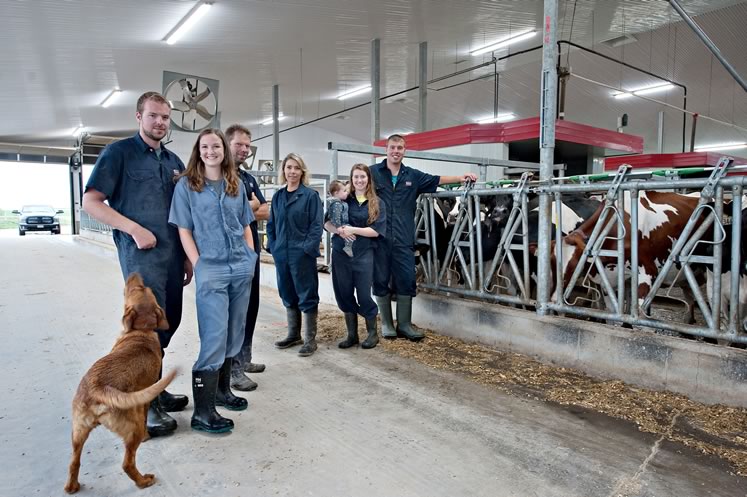 By “ourselves,” Kevin means himself and his parents, Paul and Marion, who own the operation, as well as younger brother, Mark, and older brother, Dave. Dave’s wife, Sam, also helps out, and the couple’s 11-month-old baby, Dawson, is never far away.

Automated milking began last December in the 35,000-square-foot purpose-built “robot barn,” located across from the family’s home farm. The robot barn is the part of the operation that will host visitors during this year’s tour.

Kevin and his girlfriend, Tori, run the new barn, which houses about 130 Holsteins, the distinctive black- or red-and-white cattle known for their high milk production. About 100 of the cows are milked regularly, each producing about 35 litres of milk a day, while the remaining 30 are in various stages of “drying off.” The cows are free to roam the barn, deciding for themselves when to socialize, when to feed, and when to rest and chew their cud – as well as when they want to be milked. Each cow sports a collar fitted with a digital device that enables Kevin and Tori to monitor a variety of data, including when the cow was milked. 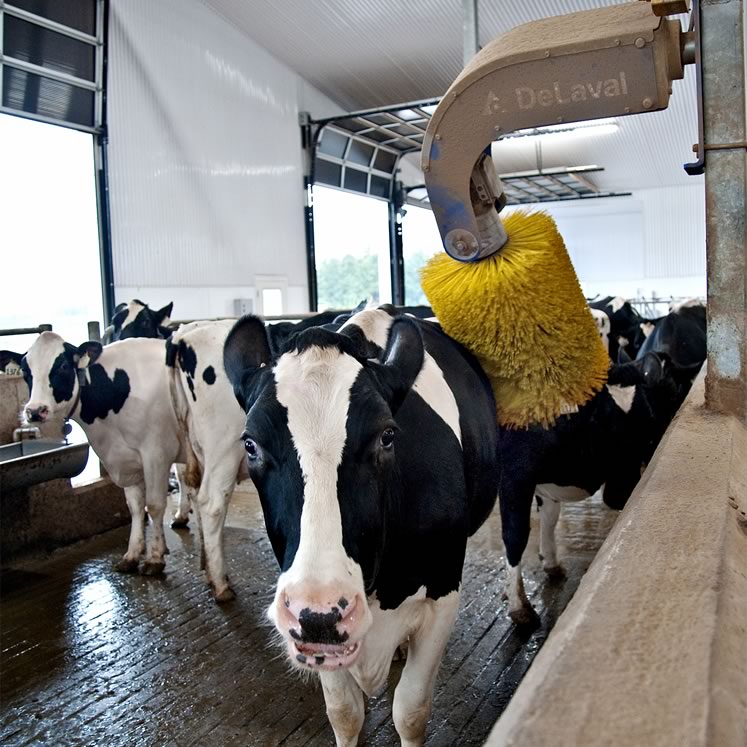 Many of the cows will be busy at work during the tour so visitors will be able to see the operation in action, and may have a chance to pet some of the calves. 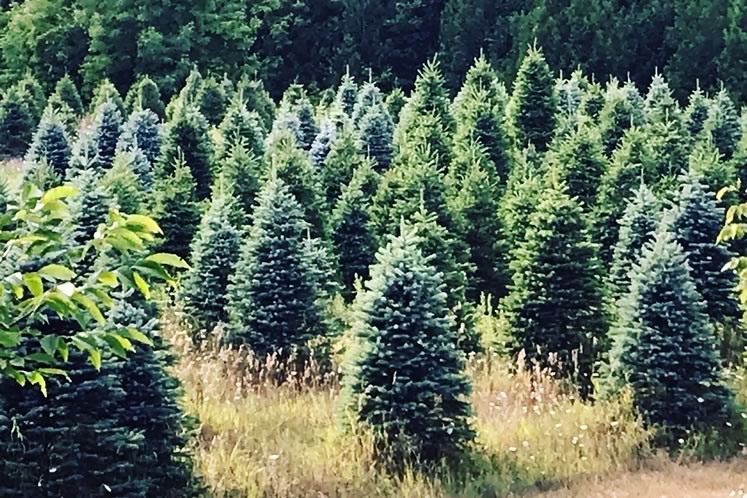 Expect an early dose of Christmas as Jason and Vikki Huck of Hockley Valley Farm open the 93-acre Christmas tree farm they bought in 2016.

Tractor-drawn wagons will carry guests through the tree fields, where a guide will describe what it takes to grow Christmas trees – and discuss the environmental benefits of celebrating the holiday with a live tree.

About 12,000 trees are currently in various stages of maturity, with more planted every year. “We plant seedlings in the spring and fall,” says Jason. It takes as long as 12 years for seedlings to reach harvest size. During that time, the Hucks carefully nurture each tree.

“Because we don’t spray herbicide on our farm, vegetation management is important to maintaining tree health,” he says. That management includes cutting grass around the trees throughout the season and pruning the trees in late summer to ensure a full and uniform shape. 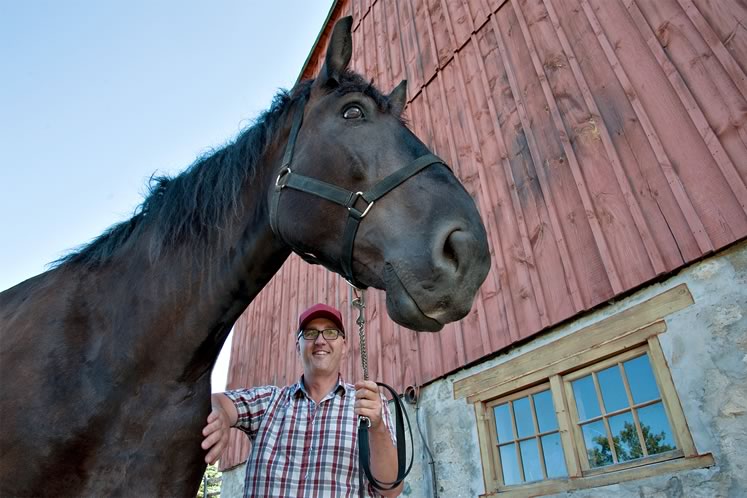 Jason Huck of Hockley Valley Farm with one of his Percheron horses. Photo by Rosemary Hasner / Black Dog Creative Arts.

The family is also excited about the opportunity to show off their Percherons. During the winter, the heavy horses are used for sleigh rides, complete with jingle bells, but they have also become popular year-round as part of the setting for wedding and family photos. During the farm tour, Percherons Ike and Duke will be hitched up for wagon rides through the maple bush.

To round out the tour experience, the farm’s 19th-century bank barn will be filled with Christmas-ready handmade crafts and decor items. “We’ll be working hard to create an old-fashioned farm experience that gets people looking forward to the holiday season,” says Jason.

Dufferin farming by the numbers

Farm production generates an estimated $259 million in overall annual economic activity in Dufferin County, making it the largest economic contributor in the county.

729  ~ Number of farms in Dufferin County

279 ~ Number of Dufferin farms that generate more than $50,000 in annual revenue

About the Author More by James Matthews

James Matthews is a freelance writer living in Orangeville. 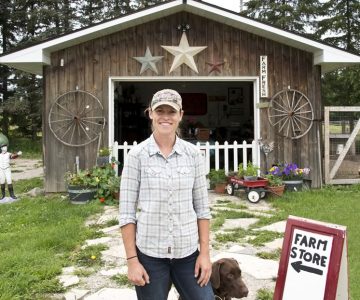 Alix and George Bezak raise black Angus cattle, chickens and more at their Mono property, winning over natural-meat converts one farm tour at a time.