Meet three longtime contributors who make this winter 2020 issue of In The Hills a keeper – Dan Needles, Rosemary Hasner and Valerie Jones. 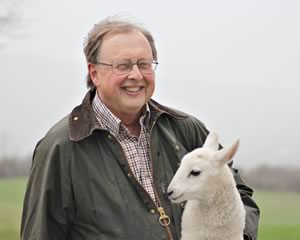 Dan Needles’ column “Fence Posts” has appeared in this magazine since 2012. A member of the Order of Canada, Dan is a playwright and author whose work – most notably his Walt Wingfield series of stage plays – has been seen on virtually every English-speaking stage in Canada. He received the Stephen Leacock Medal for Humour for his novel, With Axe and Flask. His works are largely set in the town of Larkspur and Persephone Township, fictional stand-ins for Shelburne and Mono Township where he spent his youth. Dan now lives a few miles north of these hills on a small farm in Nottawa. There he raises sheep along with a barnyard of other creatures, and continues to write about the oddities of life in the country. In this issue, he ponders the nature of rural break-ins, wondering if he should be pleased his farm truck with cow cartoons painted on the racks has never made local thieves’ top 10 list. 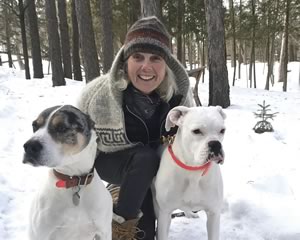 A contributor to this magazine for 20 years, Rosemary Hasner is a well-known local photographer and digital artist who has been published widely and received many awards for her work. She has been a director on boards including the Headwaters Arts Festival and has volunteered with the annual Headwaters Arts Show for close to a decade. In The Hills readers will be familiar with her sensitive portraits, striking landscapes and lush garden photography. Rosemary admits that going on a garden assignment is like going on a vacation. “I get lost in the beauty of every garden I shoot,” she says. (The Knowles garden, featured in our spring 2017 issue, still inspires her, she says.) In this issue, Rosemary, who lives near Mansfield, captured vivid portraits of four members of Shelburne’s antiracism task force. 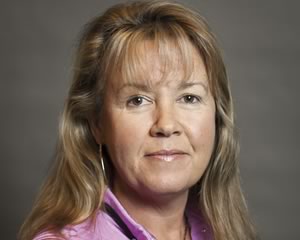 If you’ve enjoyed our work at inthehills.ca, thank Valerie Jones. As our web manager, Valerie is responsible for transforming each issue’s slate of original stories, photos and graphics into digital masterpieces – along with various web-only projects. Valerie, who has been with In The Hills since 2011, was a key player in updating and redesigning our website to be mobile-friendly. And she is the person who ensures the magazine’s email newsletters are a must-read. When not at the helm of her business, Echohill.ca Web Sites, Valerie is an avid golfer. Her nickname, Fairway Jones, refers to her knack for hitting the ball down the middle. And she’s had three holes in one. Valerie also loves sailing and she works out the kinks on a yoga mat. Based in Barrie, Valerie is also an avid gardener.