A new grocery to visit, fresh gourmet takeout to try and a bevy of food trucks to chase.

Grocery shopping in Headwaters just got a whole lot more flavourful with the opening of Orangeville’s FiG Grocers on First St. The new shop (in the former Kitchen to Table storefront) already has happy fans clamouring for more South Asian foods, including marinated chicken and goat, ready-to-eat potato and spinach pakoras, and a variety of sweets. 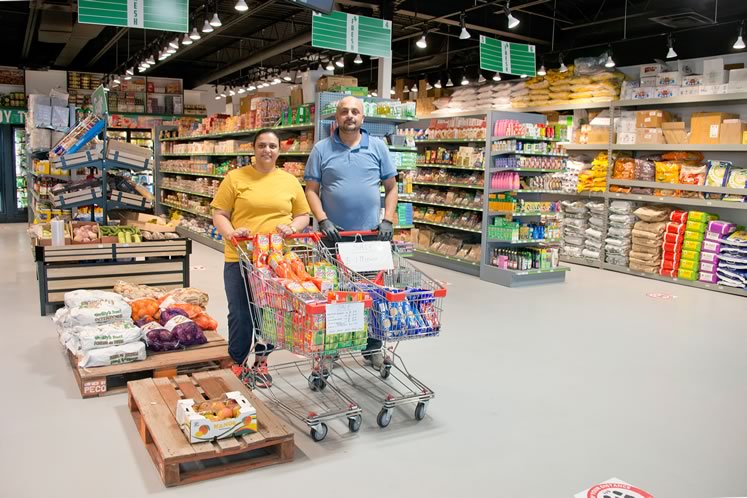 Owner Baljit Powar was born and raised in India, moving to Canada in the early 2000s. When she moved to Grand Valley last year, she noticed there were no Indian grocers in the area and opened the first — hence the name FiG, an acronym for First Indian Grocer.

While produce, meat and pantry staples line the shelves, Baljit is keen to act as culinary guide to the uninitiated, too. “I thought it would be a good idea to introduce the community to Indian cooking with authentic recipes,” says Baljit. “We offer recipe boxes containing simple recipes with minimal steps, plus all the major ingredients and spices required to make popular dishes at home.” She’ll set you up to make a killer butter chicken, the chickpea classic chana masala, the spicy vegetable stew pav bhaji, the grilled Indian cheese-based paneer tikka, and the traditional legume dish dal masala.

More recipe boxes are on the way, and Baljit recommends pre-ordering as they sell out fast. For customers with dietary restrictions, Baljit is also happy to make variations to the recipe boxes. And she’ll order in special request items if you’re craving something specific.

Or, if it’s a no-cook kind of day, consider picking up a few prepared samosas paired with tart, creamy mango lassis for a low-key but transportive meal. Local delivery is also available. 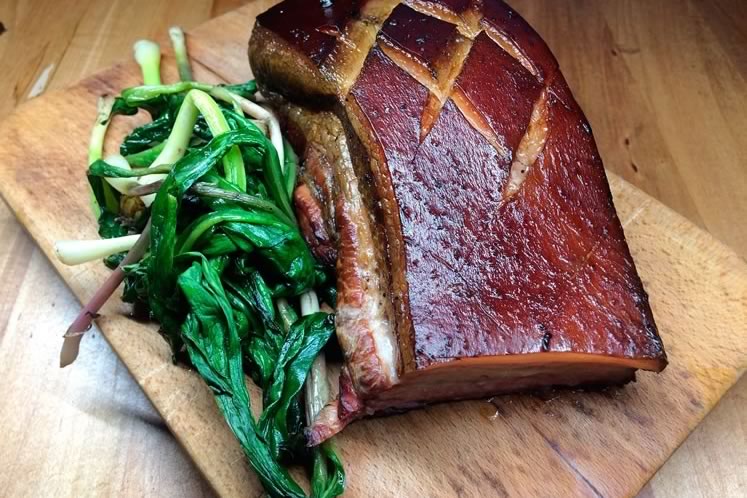 Opening a restaurant during a pandemic is brave. The GoodHawk in Hockley Village is being rewarded for their nerve by local foodies – and some farther afield – flocking to pre-book their weekend takeout dinners. Chef/owners Sean MacMahon and Natasha Priest offer a limited run each week of five courses that change depending on seasonal and foraged ingredients, pantry inspiration, or simply, “What happens when you put sumac and (blank) together?” explains Sean. Recent plates have included smoked hock, roasted sunchoke soup, and foraged greens added to dumplings or as sides. “It feels like people are embracing the food lab we’re creating,” Sean says. When they’re not cooking, the couple is busy renovating the restaurant for indoor dining and prepping for outdoor dinners. “We’ll be lighting old candlesticks, knocking back obscure vintages, and playing vinyl records,” says Sean. Sign us up. 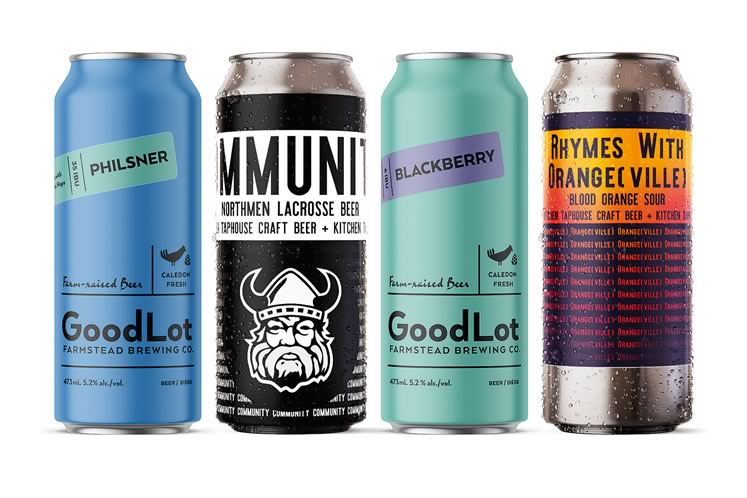 Local beer lovers have an embarrassment of riches and can sample new brews almost right off the assembly line. Two of Taphouse Craft Beer & Kitchen’s new cans have caught the attention of their Orangeville neighbours: Rhymes with Orange(ville), a blood orange sour, and the Community Northmen Lacrosse Beer (50 cents from each can sold goes to the town’s Junior B Northmen Lacrosse). GoodLot Farmstead Brewing Co.’s Philsner the Pilsner is named for owner Phil Winters and their Fruition Sour packs a blackberry-flavoured pucker. Hun IPA, one of Badlands Brewing Company’s newest, features wildflower honey from Bolton’s Humbervalley Honey. And Caledon Hills Brewing Co.’s Summer Solstice pale ale and Sonnen Hill Brewing’s Whiff pale ale seem tailor-made for kicking back on a patio. 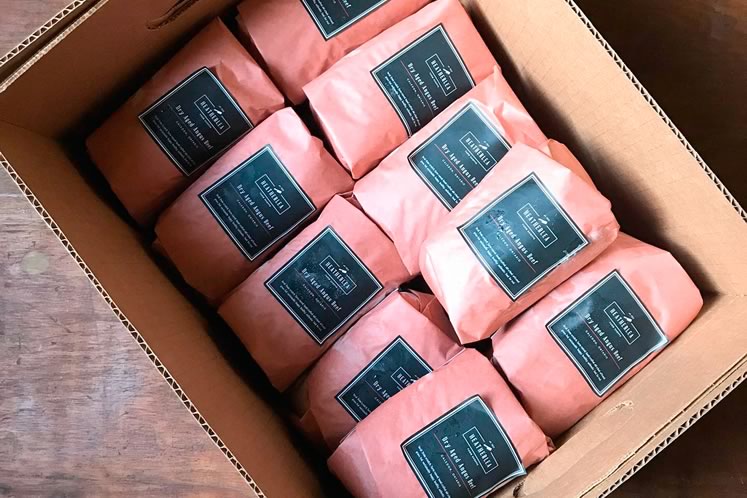 Where’s the meat?  A boom in farm-to-freezer offerings

Decades ago, direct-from-farm meat purchases required owning a freezer big enough to hold at least half a cow. Some farms still offer that service — beef sides from Peace Valley Ranch in Mulmur, entire pigs from Landman Gardens and Bakery in Grand Valley, and whole lambs from Riverview Ranch Meat Co in Melancthon — but it’s now possible to find smaller customized boxes from these and other purveyors.

This is just a fraction of what’s available in our area. For more than 20 locations offering locally raised meat for sale, please visit our Headwaters Farm Fresh guide. 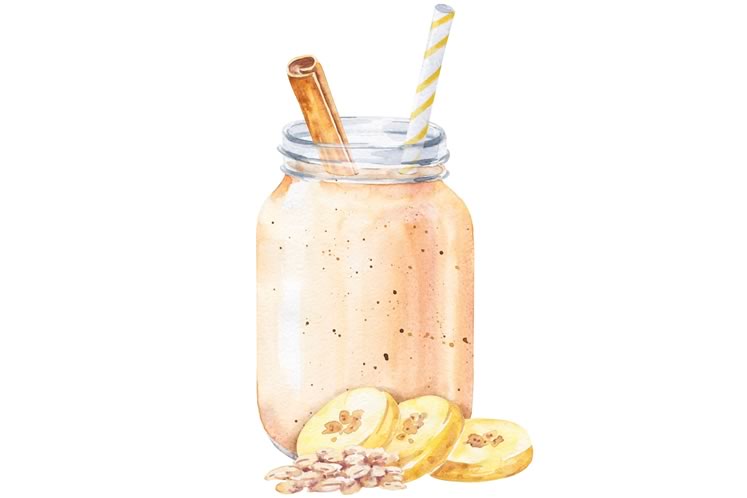 Don’t eat meat? This one’s for you 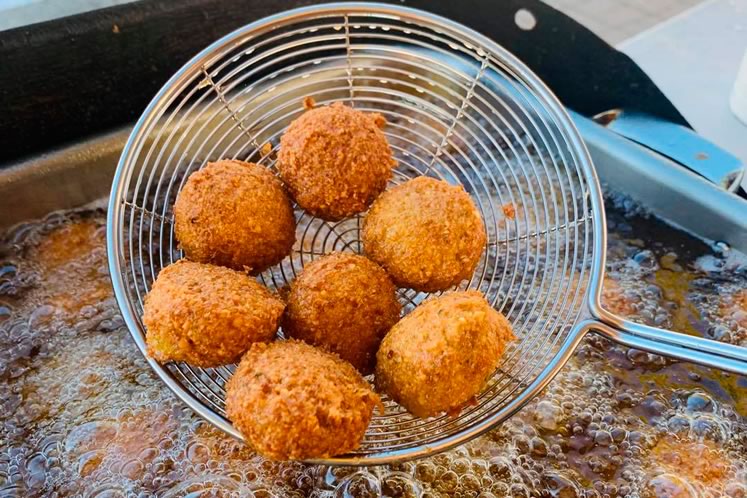 Food trucks on a roll

The food truck business is gaining traction in Headwaters. Some stay put and others are ready to hit the road for private events as regulations lift. Rasmi AlHariri and Islam Salamah have moved Rasmi’s Falafel into a roomy new food truck — they’re serving their scrumptious falafel wrap sandwiches and other goodies from it at the farmers’ market on Saturdays in Orangeville. The food truck at Cole’s Country Market & Garden Centre in Grand Valley is stationary but legendary. On weekends try their apple fritters: apple slices coated in batter, served warm from the fryer and dusted in cinnamon and sugar. Former Shelburne restaurant Healthy Holistic Cravings returns as a food bus, parked permanently at Airport Road and County Road 21 in Mulmur and offering homemade burgers (veggie, chicken and beef), fries and sauces. The Bevy Bus in Erin is a super-photogenic robin’s egg blue VW available for hire as a mobile drinks or coffee bar for private functions or photo shoots. Bolton’s new Wine Spot bôite runs their sister business, the Wine Wagon Mobile Bar, out of a cute-as-a-button white custom trailer by Hamilton’s Nomad Customs.

The raspberry season is short, starting mid-July, so dig out your favourite cobbler, pie and compote recipes and head to East Garafraxa’s Berrys 4 U to stock up on ready-picked and you-pick beauties. For quick refills, visit their farm stand next to Orangeville’s Habitat for Humanity ReStore. Check their website for hours.