To Catch a Fish

Fish are fast, slippery, and camouflaged, designed by evolution to avoid being eaten.

We use a hook and line. But what of the array of fish predators that don’t have access to rods and reels? Fish are fast, slippery, and camouflaged, designed by evolution to avoid being eaten. Nevertheless, nature has found a variety of creative solutions to the problem of catching fish and many of those are demonstrated by birds.

Kingfishers have long pointed beaks, a trait they share with herons and egrets. These long beaks allow a margin of error when they strike at a fish – a stubby bill would demand almost impossible accuracy.

But kingfishers hunt differently than herons, perching on branches and then plunging head first into water to catch fish. Theirs is an exciting, wholly immersive approach. 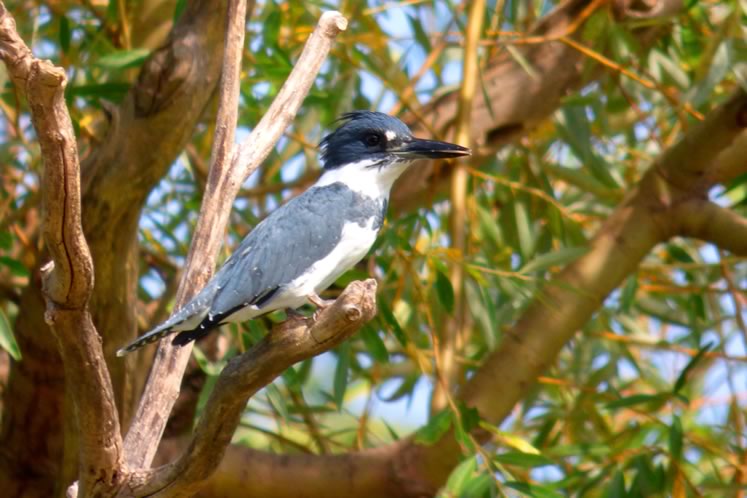 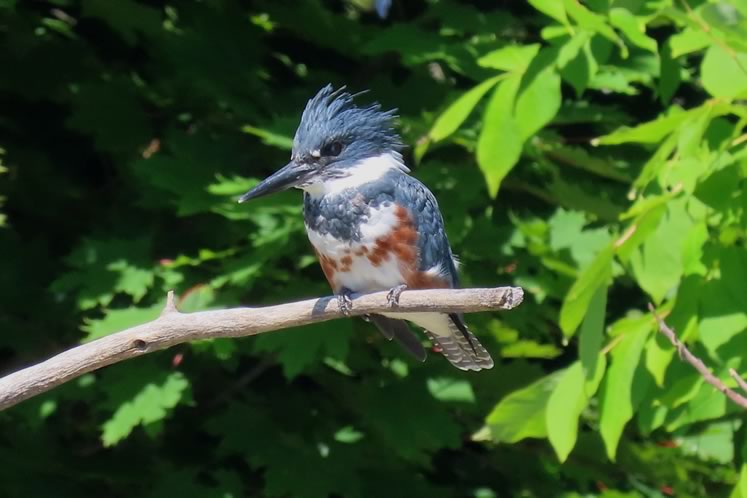 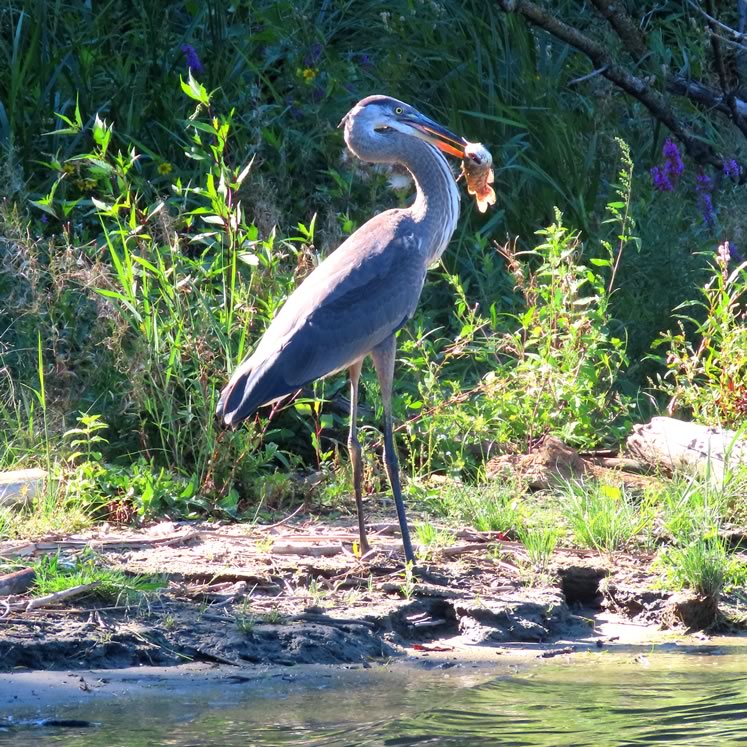 Heron with a catfish. Photo by Don Scallen. 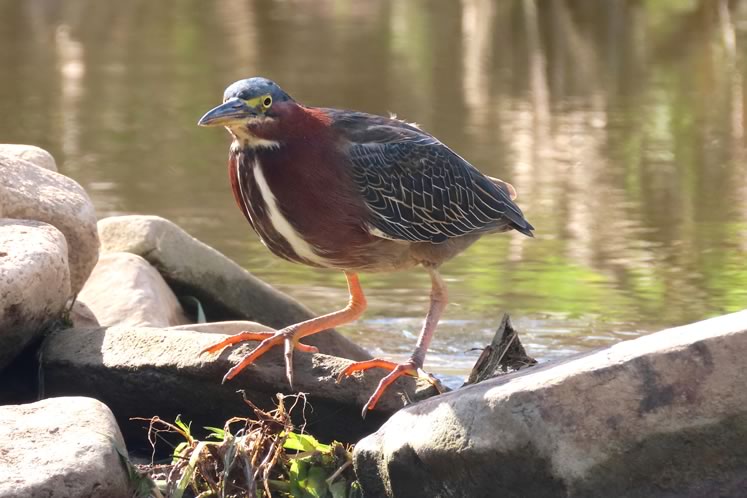 Most egrets and herons are stalkers, moving with the focus of Zen masters through shallow water looking for fish with their downward-oriented eyes. And then abruptly uncoiling their snakelike necks to grab one.

Green herons don’t have the long legs or the long necks of their great blue heron relatives, so they hunt differently. They haunt the margins of wetlands. With out-sized feet and dexterous toes they can balance superbly and grip shoreline rocks like tightrope walkers.

Patience is embedded in the heron character. Green herons can stand motionless for minutes, waiting for fish to swim within striking range.

Other fish-eating birds use their feet instead of beaks to catch fish. Ospreys and eagles scan the surface of the water as they fly overhead. When fish are spotted, they drop like Spitfires on strafing runs, using their razor-sharp talons to grip their catches. 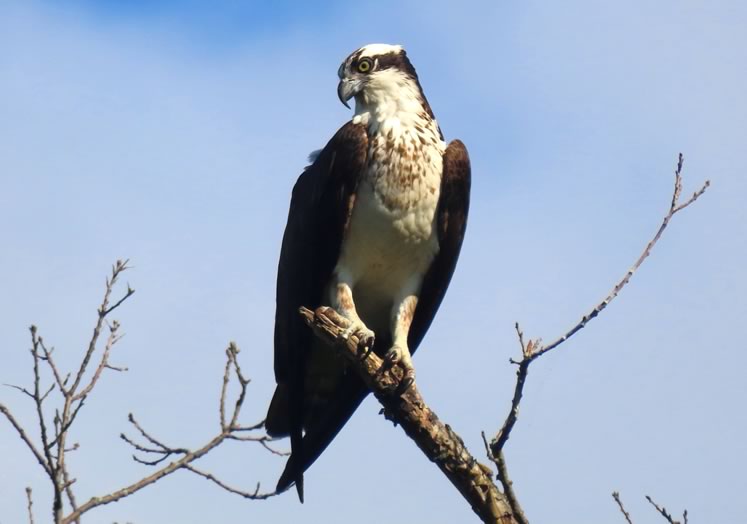 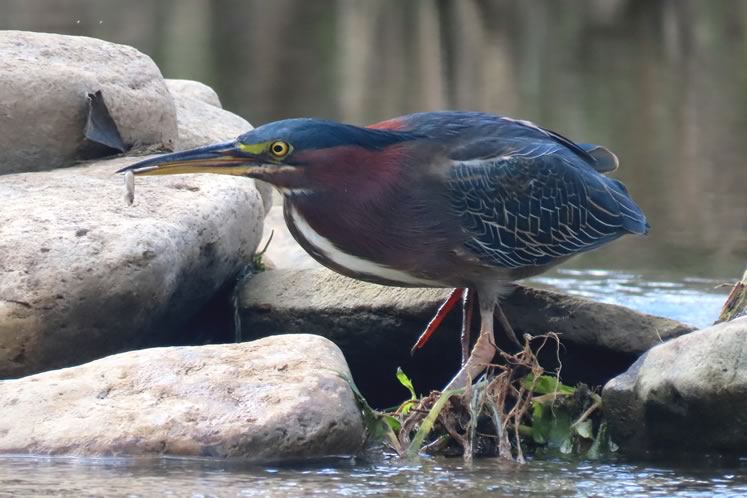 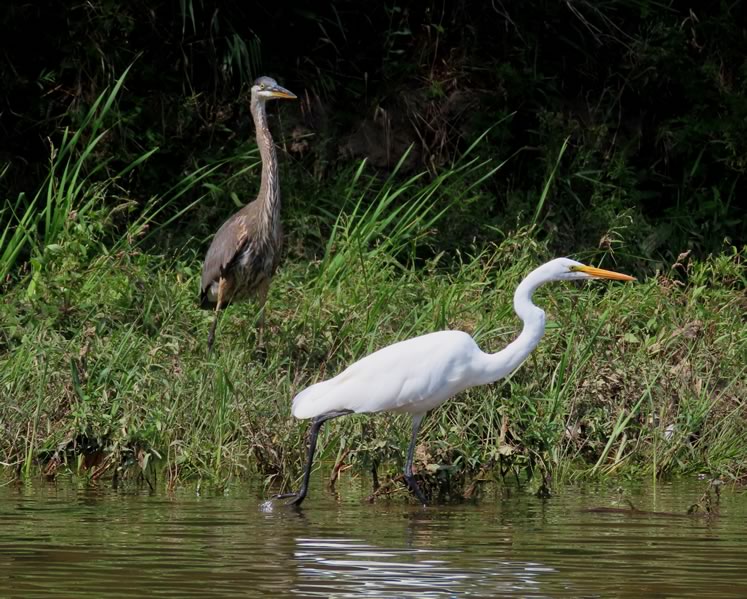 Great egret and in the background, great-blue heron. Photo by Don Scallen. 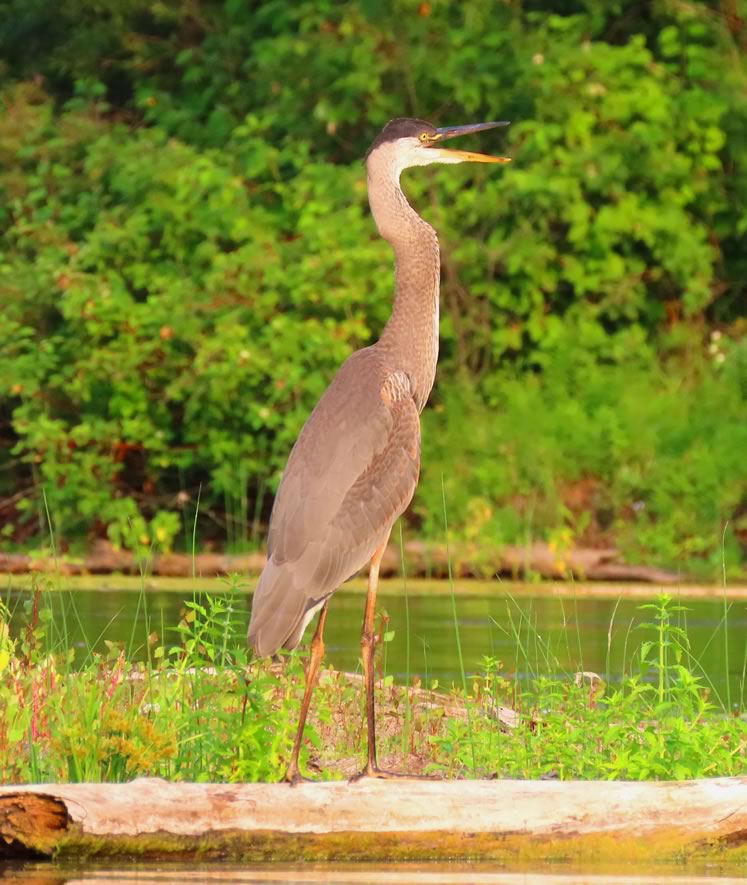 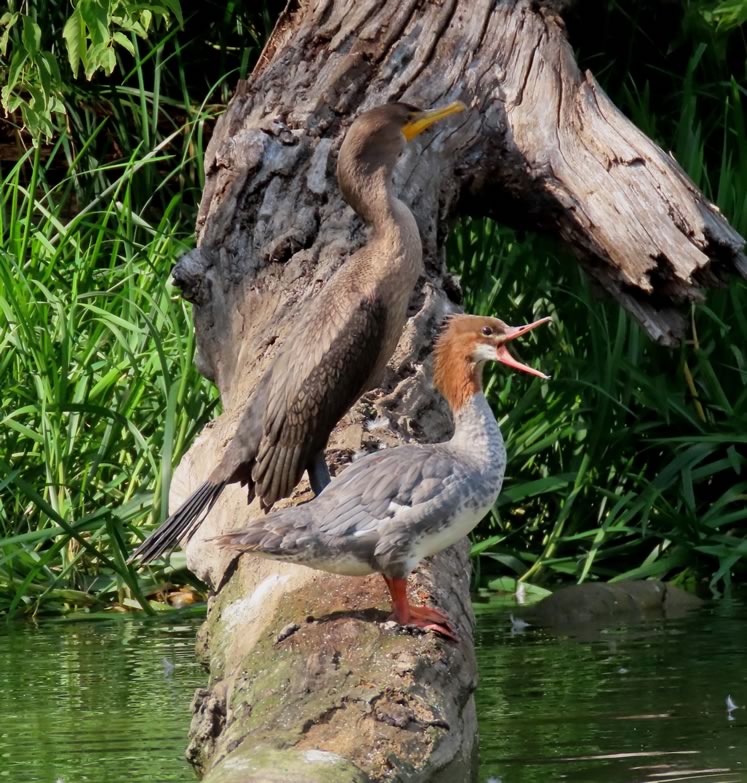 Common merganser and another fish-eating bird, the double-crested cormorant. Photo by Don Scallen.

Fish represent an enormous protein resource to hungry predators, but they play hard to get. Not a problem for the boundless creativity of nature. You just need the right tools and techniques. 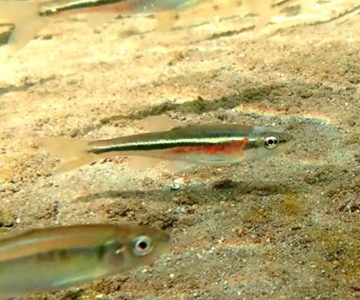 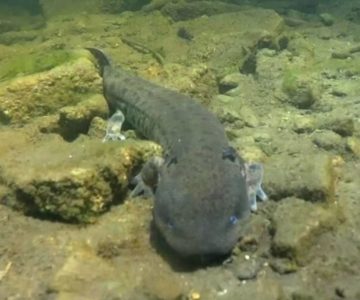 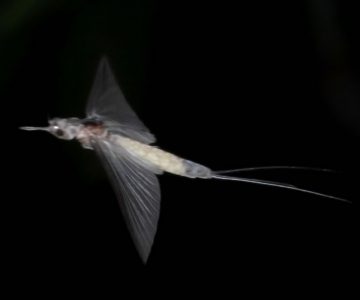 The Flight of the Mayflies

The annual emergence of mayflies, wherever it occurs, brings predictable responses. 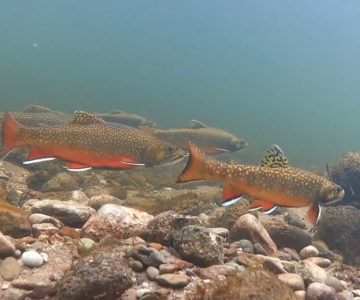 There is no guarantee that brook trout will continue to thrive in Caledon, Erin and Dufferin in the years to come.