Male tree crickets – rock stars of the insect realm – sing to attract females, and display other courtship behaviour not so different from ours.

A recent autumnal ramble brought me to a streamside meadow in Caledon, humming with the mellifluous trilling of tree crickets – favourite insects of mine. I wanted to find a singing male, a quest that demands patience.

Any disturbance in their immediate environment – a lumbering human will do – causes tree crickets to mute themselves. And when silent, these tiny, green singers become well-nigh impossible to find. 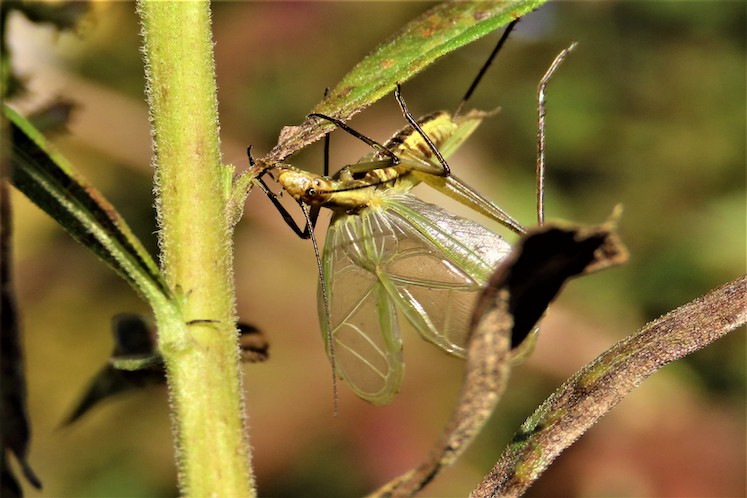 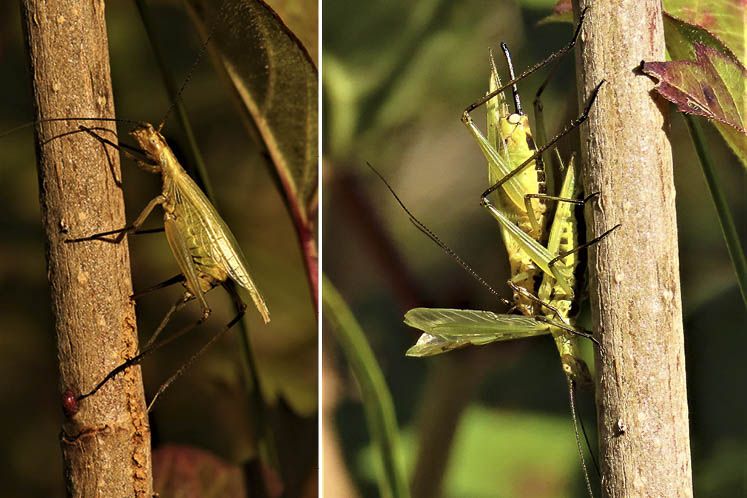 Quiet watchful waiting is called for. Eventually a male, driven by reproductive juices, will begin to trill again. After a quarter of an hour, one did. I found him and admired the beauty of his gossamer wings. They shimmered in the sunlight as he rubbed them together to produce his music.

Soon other tree crickets began to move, and I settled into the goldenrod to observe their behaviour. A female used her needle-like ovipositor (egg-laying appendage) to pierce the bark of a shrub and lay her eggs.

Another female climbed on a male’s back to sip protein-rich fluid excreted by a gland atop his abdomen. This nuptial “gift” gives the male licence to transfer a sperm packet to the female, which she uses to fertilize her eggs.

Nearby, two males fought as a female waited in the wings.

I mused that these tiny creatures, so very different from us, express mating behaviour in ways that parallel our own.

Male tree crickets – rock stars of the insect realm – sing to attract females. Then these males follow up this come-hither crooning by offering nutritious meals to the females, just as we court prospective partners by taking them to fine restaurants.

And more darkly, as with tree crickets, human competition for mates can sometimes turn violent.

I was fascinated by the behaviour of the tree crickets on that sunny afternoon, not because their behaviour was bizarre, but because it was so familiar. 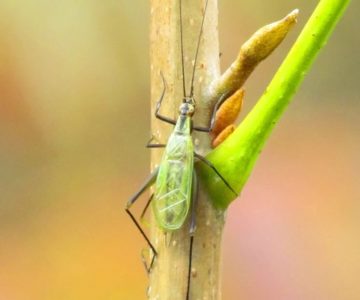 Singing tree crickets are beautiful. They raise diaphanous wings like miniature sails and vibrate them as they trill their songs. 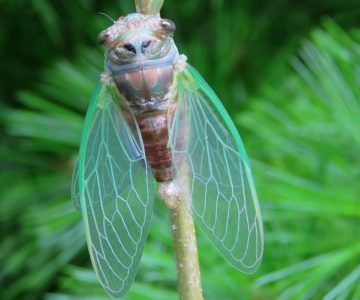 You likely won’t see many of these without a little dedicated searching.