Peeling Away the Layers of History

Christine Thomas knew a few people in Toronto. Then she moved to the country and acquired 100 neighbours and a home redolent with history.

I knew so little about our place when we moved in. Then we started meeting our neighbours!

Since living in the country, I have met pretty well everyone who lives on our rural road. It runs north-south between Highways 9 and 89 and it encompasses approximately 100 families. In Toronto I knew two neighbors well and several more I could nod at!

Within the first few weeks of moving I’ll bet we were visited by a dozen families who came to say hello and welcome. The calibre of individuals who live here is outstanding. They stem from all walks of life. A few have lived in the community for over 80 years and their families go back 100 years and more! 100 years: amazing. I have never lived anywhere more than 20!

Our property has a home built in the late 1800s. It was the home of the Quinns’. They owned 3 of the 4 corners at one point. The old bridge at the bottom of the driveway was named Quinn’s Bridge. It has long since been removed and we are trying to have the new one renamed, Quinn’s Bridge. Quinn relatives have visited our property with stories and pictures that add great historical significance to this little piece of heaven we – full of ignorance and dreams – happened to snatch up! 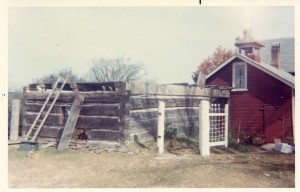 Log building being dismantled at the old Quinn place (circa 1970).

For people of our generation, our place is referred to as the Severn property. Say Severn and people say, “Oh yes, now I know the place!”

Ernie Severn was a local auctioneer. Bob, his son, apprenticed with Ernie for years and took over the family business when Ernie retired. Ernie has since passed away, but his wife, Olga, came by soon after we moved in.

She was curious to see what the previous owners had done with the place. I was happy to show her around.

She told me that the family room used to be a shed and the kitchen was a summer kitchen until 1968 or so. That’s when they had the two rooms insulated, renovated and oh yes, they had a “water closet” plumbed in!

She was very kind to show me where beloved old doggy is buried.

Olga’s son Bob came by to provide more details, like why the log barn door has a big hole in it.

Apparently when Ernie took ill and they had to rush him to the hospital they put the dog in the barn. He was so distraught (it is so true that animals KNOW when something’s wrong!) he dug his way out. Poor doggy!

When we started renovating the kitchen we found a note from Bob to his parents written on the vapour paper, saying “I’m in the barn. Bob – 7pm.”

We gave it to Olga.

The most beautiful red maple graces the back of the house. It is by far my favourite place to cool off and read the paper. 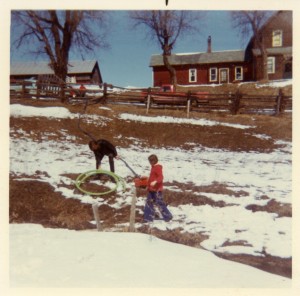 Another picture of the Quinn place from about the same time.

Olga recently told me that Bob had bought it for Mother’s Day 1976.

The tree sits by the old well and pump, which is no longer in working order. But according to legend (and pictures) it was encased in an old log structure called the milk house. The milk house was dismantled sometime after 1968 and taken across the road to be used as a weekend cottage.

Olga showed me pictures of parties the Severns hosted over the years. I, too, have hosted great soirees here, again with no knowledge of what had come before! Now I know: it is the best party house!

There are all sorts of signatures and dates scattered throughout the barns and house from the workmanship completed by the Pendleton brothers and others.

I never met the Pendletons but I did meet their sister who gave me the heads up on the “footprint” left not only on our home but throughout the community.

A few years ago we had to replace the siding on the house and couldn’t believe how many finishes the home has had over the past 100 years. Aluminium siding, insul brick, clapboard, board and batten! And not an ounce of insulation in the original structure! It has of course been R32’d to death since!!!!!

Olga tells a story about the day she left the property for good.

She had shown up with a friend to give it one last cleaning. They finished, sat outside and ate their lunch. She was having one of those last look moments, when she noted a porcupine waddling through the property.

She said, you’re leaving, so am I.

She packed up and started her new adventure in Alliston.

There is much good, bad and subsequently sad to owning a piece of history.

For all the aggravations, I wouldn’t change a thing. 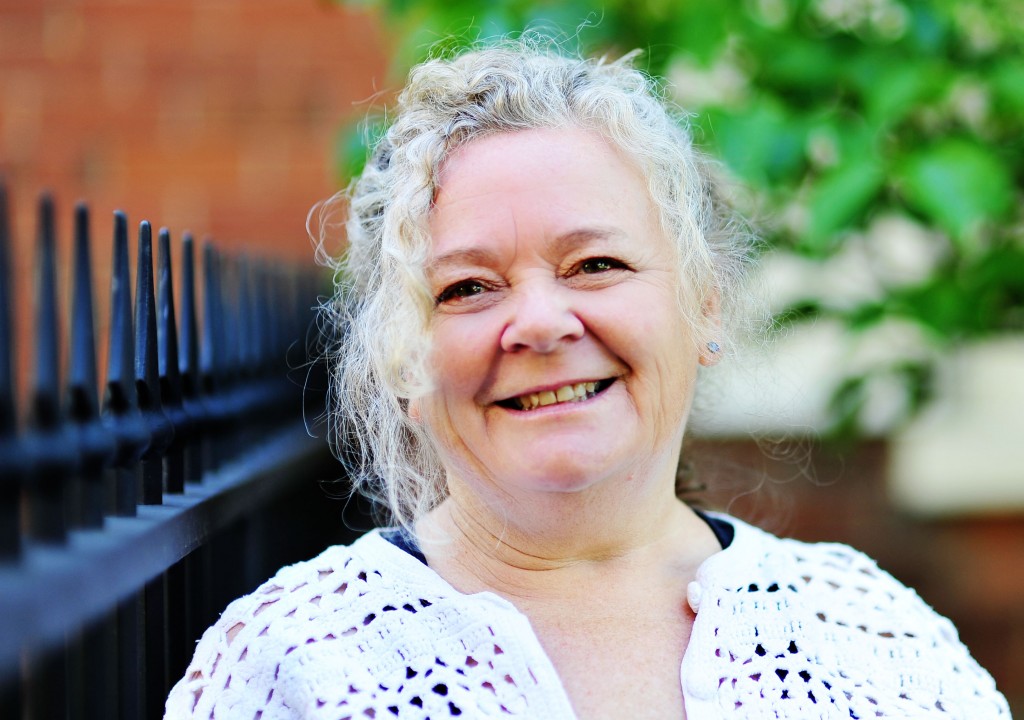 Thank you, Quinns and Severns for leaving it full of love and great memories that we fortunately get to share.

I hope to keep up the good work and ensure that the “spirit” of the home is passed to the next family who one day will take over the reins!

So much history, so little time!

So, dear readers, tell me, what is it about your home that is special?

I fell in love with the landscape, the barns and the fact I could just move in and renovate later!

Is there something about your rural oasis that evoke’s great memories of life’s past?

About the Author More by Christine Thomas