Being a councilor can be a tough, time-devouring, often thankless job. So why would anyone want to do it? One neophyte candidate offers an answer.

Here she is at the cusp of mid-life, her first son fledged out of the nest and into high school, the second on his way.

So what now? Kick back? Redecorate? Heck no. Heather wants to jump into local politics.

Over the seventeen years she’s lived in Honeywood, Heather has had a busy life – foster parenting, running a daycare, driving a school bus, selling her glorious baking at the Creemore Farmers’ Market – always tied to people and community. She now works in the kitchen at Pine River Institute, a residential treatment centre for young people.

“It has always been in the back of my mind,” she says. “For a long time, people have been asking me: Why don’t you run? And the reason I’m doing it now, well, I just feel like this is a great time of change around here. We need to figure out what we are to people. So we have farmers, right? Country people. And then we have city people. It’s a unique blend. In the city, you get city. You don’t have farmers in the middle of downtown.

“Here, we have such diverse groups of people. How do you meet their needs? How do you blend what’s going on in the farm community right now with these big houses and developments? ”

It’s a big commitment. If Heather wins, she will serve the township for the next four years. Each month, there will be a daytime council meeting and an evening meeting followed by an open citizens’ forum. She will learn the workings of governance and absorb pages and pages of complex reports. There will be committee meetings for planning, finance and services such as water, cemeteries, roads and landfills. Tempers may flare when talk turns to gravel mines or water management.

She will answer calls and field requests from businesses, social groups and media. She’ll be invited to public functions and accosted at the grocery store. All of this after running a vigorous election campaign to win the job.

The campaign began for Heather back in June, when she filed her nomination papers with the township clerk Terry Horner.

Heather tries out her pitch with fellow resident Stan Cowling. She says her plan campaign strategy is “to go to as many houses as I possibly can, introduce myself and listen to what people tell me.” Photo Bryan Davies.

Mulmur’s five-person council includes a mayor, deputy mayor and three councillors. Heather is running for one of the council slots. Candidates have until September 10 to throw their hat into the ring. At press time, Heather was one of four candidates competing for three councillor seats.

Municipal elections attract relatively fewer votes than provincial or federal elections. In 2006, 41 per cent voters came out on average across Ontario, according to data gathered by the Association of Municipal Managers, Clerks and Treasurers. In general, municipalities with smaller populations had better turnout rates than larger ones.

In Mulmur, 47 per cent of voters came out, quite different from neighbouring Melancthon where only 25 per cent showed up.

Each vote can really count in a small township. In 2006, Mulmur’s race for the position of mayor ended dramatically. Paul Mills won the position by one vote. When the other candidate, Gordon Montgomery, requested a recount, it came out a tie. Finally, a rejected ballot was included in the count and Gordon Montgomery became mayor. Both men are running again.

Candidates across Ontario pay $100 for the opportunity to run for council ($200 for mayor or reeve, depending on the municipality). To be eligible, candidates or their spouses must be residents, owners or tenants of land within the municipality – in short, people who live or who own property there.

Heather’s approach to campaigning is straightforward: “My plan is to go to as many houses as I possibly can, introduce myself and listen to what people tell me. Certain things bug me that I think need to be looked at, but I firmly believe, if I was voted in, my job would be to communicate with people: This is what we’re thinking of doing, but what is your opinion, what do you want to see happen?”

Campaigns can raise up to $5,000 ($7,500 for head of council), plus 85 cents for each elector in the district. All candidates are required to open a campaign account and, in the year following the election, file a financial statement. Candidates whose campaign contributions exceed $10,000 must also file an auditor’s report.

One of the first people that Heather recruited was a campaign accountant. She felt that, in the heat of the race, she would need someone else to track the money. Given Mulmur’s small population, she will not need an audit. However, rules for campaign contributions are somewhat complex, particularly around gifts of goods and services – say for a fundraiser – where fair market value needs to be established. As another example, loans for a campaign are not considered contributions, but interest paid on the loan must be included in the campaign expenses.

Heather can accept up to $750 from each supporter, but may not accept anonymous contributions. Expenses can include standard items such as pamphlets and signs, but candidates need to ensure that enough money is left in the coffers to pay expenses that might crop up at the end of the campaign, such as an election after-party or recount expenses. If a candidate asks for a recount, she pays for it.

Any campaign surplus or anonymous contributions become the property of the municipality. There does not appear to be any profit in campaigning for office.

After all this, Heather may find the effort exceeds the reward. “The powers that have been taken away from municipal government are huge, with the new Municipal Act and things like the Green Energy Act,” Heather acknowledges. “There are fewer things municipal governments can do anymore. Community we can; but some of the greater decisions, not so much.” 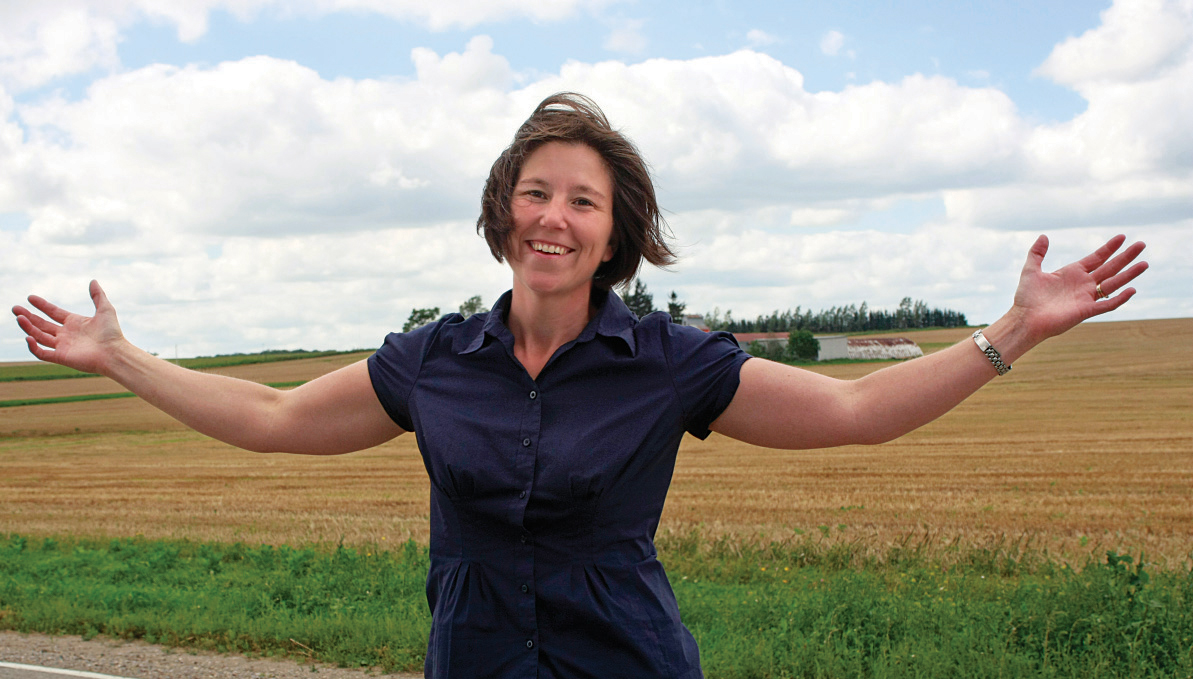 So why do it? Why would Heather run for council? “People should have a voice,” she says. “Maybe people should start standing up and saying to the province, ‘No, that’s not okay. You can’t take all of this away from us. This is our community and we need to speak up for that.’”

She adds, “There are so many great things that could be done. Every day a new idea pops into my head about how council could make more of a difference in people’s lives.”

In Ontario’s last municipal elections, 5,724 people must have agreed with Heather – that’s how many decided it was a good idea to run for office. Of those elected, 24 per cent were women and 36 per cent were new to the position.

Municipal government is a good place to start in politics. The candidates run against each other without the added tension of party loyalties. As councillors, they have a shot at directly influencing change in their own backyards – often in counterpoint to actions by provincial or federal governments.

Heather is especially concerned about what she considers the arbitrary nature of the provincial-local power split.

“We have to be able to plan for ourselves. One of the biggest things that bothers me is the cut to social services, specifically to the Children’s Aid Societies. The provincial government decided, well after the budget was set, to come in and cut $1.4 million from Dufferin County’s services. How is that supposed to work? CAS is specifically mandated to provide a certain level of service and, if they don’t follow through, they’ll be held accountable. And yet, all that money is pulled away from them.”

Heather had first-hand experience with the result of the cutbacks. With her experience in youth services, she had been hired by CAS to provide post-care liaison with at-risk youth, but the position fell victim to budget cuts a week before she was to start.

Like many people raised in rural and small-town environments, Heather has been steeped in the notion that we belong to our community. Raised in Port Elgin and educated in youth services, she has volunteered widely, from running a toy-lending library to heading up the Simcoe County AIDS committee to, most recently, leading a fundraiser for the Dufferin Children’s Fund.

She believes in connection.

About the Author More by Julie Suzanne Pollock

Julie Suzanne Pollock lives on the Main Street of Honeywood with her husband and son.
Add a Comment