November is the time of turning towards winter. Our woodlands are largely bird bereft; meadows are desolate, khaki-coloured and sere. The geese overhead are the most obvious sign of a mass exodus to the south.

Ensconced in mud chambers, turtles and frogs lie in suspended animation protected from the deep freeze that will soon grip the land. Chipmunks and woodchucks curl in their burrows, barely alive, their hearts beating only four or five times per minute.

With much of wildlife seeking shelter or abandoning the hills for warmer climes, it may come as a surprise that in some of our creatures the life force now burns brightest. Among these are brook trout. These fish – also known as speckled trout – are currently performing an age-old reproductive drama staged in the limpid streams birthed by our glacial hills.

As you read this, somewhere a male brook trout is defending a small section of stream against all rivals. He has been careful to select a nest site where spring water seeps up through the streambed.

He knows that a female will be looking for this groundwater upwelling to bathe her eggs in life-giving oxygen and prevent sediment from smothering them.

A female, happy with the male’s nest site selection, will use her fins to sweep away silt and debris, exposing a clean gravel bed on which to lay her eggs.

Brook trout are gorgeous animals and at this time of year the males are especially so, with red spots spangling an olive green background and their bellies a testosterone-fired orange-red. Theirs is a fragile beauty, however, utterly dependent on pristine habitat.

Trees are a critical element of this habitat. Their shade helps maintain the cool temperatures that trout depend on. Their roots hold firm the soil that would otherwise be swept into the streams to cover trout eggs. Their leaves fall into the streams to nourish micro-organisms that in turn nourish the aquatic invertebrates that feed trout.

Brook trout can only survive in the cleanest, clearest and coolest of waters. The loss of trees, the inflow of urban and agricultural effluent and the decline in groundwater recharge, all impact their survival.

No surprise then that they have been eliminated throughout much of the Golden Horseshoe.

We should celebrate the fact that brook trout still live with us in the hills, for their existence is entirely dependent on the presence of the clean water we too depend upon.

Two guesses were submitted, but alas, neither was correct. The answer is “sculpin”. There are two species of sculpin in our area. Both are small, bottom-dwelling fish with oversized heads.

My photos this week are not of brook trout. Brook trout are, of course, difficult to photograph.

However, I have included two photos of a fish that, like brook trout, loves cold, clearwater streams.

In fact this unusual-looking fish is a favourite food of large brook trout.

Can you identify it?

I will send an 8”x 10” print of any photograph that has been published on my blog to two people who have correctly identified the fish in the photos below.

Winners can simply select any of my photos that have appeared online since the Spring 2010 issue. If there are multiple entries, I’ll pick them out of a hat.

This contest is now closed. Thank you to all our entrants. 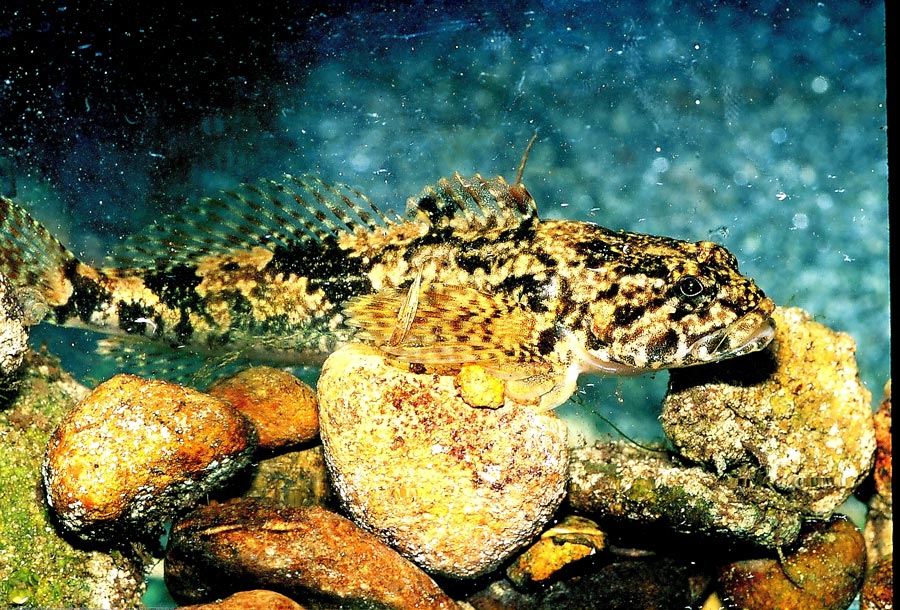 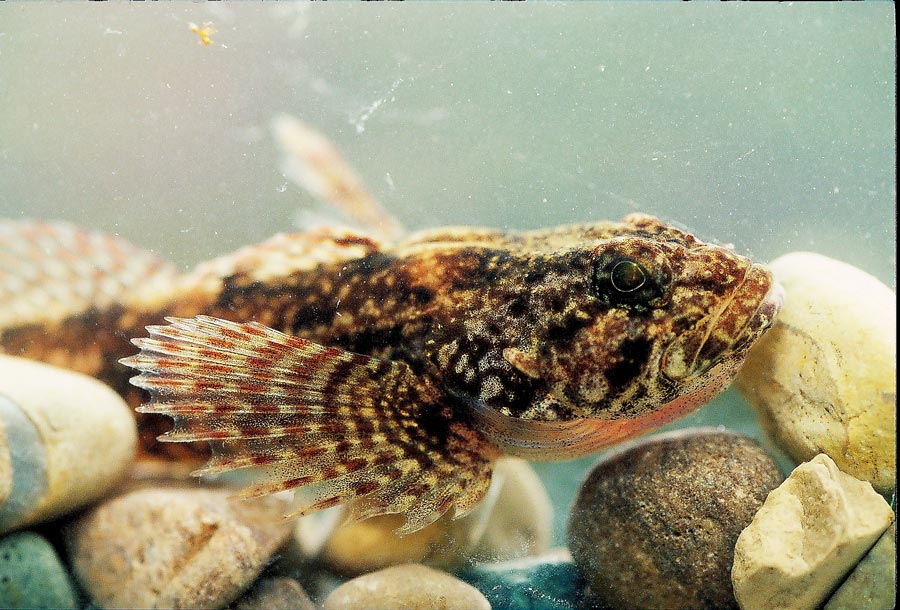