Each of the Glasslands sculptures will represent a theme related to sustainable living.

The striking photographs of crystal sculptures on display at The Alton Mill this May represent a work in progress. They are the first inspirational phase of artist Mark Raynes Roberts’ vision for a series of ten sculptures that will “bridge the gap between our understanding of our fragile environment and the need for greater sustainability.”

Ultimately the works in Mark Raynes Roberts’ proposed Glasslands Collection will be set in the landscape, refracting rainbow lights, layered surfaces and mirrored images, and having almost as many purposes as the dimensions they reflect.

The crystal designs will have one life as precious objects of beauty. Another in juxtaposition to their surroundings, provoking the observer to look deeply into the environment. And a third, equally important, as teaching tools.

Raynes Roberts has undertaken the ambitious project in collaboration with The Natural Step Canada, a non-profit organization devoted to promoting “a sustainable world in which individuals, communities and businesses thrive within nature’s limits.” Each of the Glasslands sculptures will represent a theme related to sustainable living, including such fundamental concepts as balance, harmony and interconnection, as well as more complex ideas related to transformation and innovation. And each will be supported by educational materials prepared by The Natural Step, with plans for a cross-country tour. 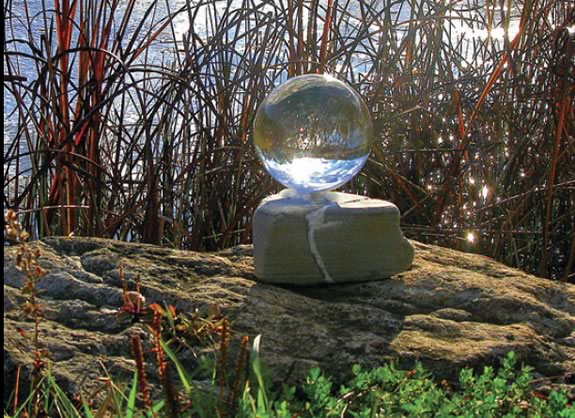 Although he is still working through the designs, Raynes Roberts suggests the final sculpture representing “balance,” for example, could be “a large orb with highly reflective crystal pieces and reclaimed blue glass symbolizing the earth, precariously balanced on a tall plinth to represent the fragility of our planet within the universe.” His conceptual drawings for the new sculptures will form part of The Alton Mill exhibition.

The idea of moving his work out of the studio into the landscape came to Raynes Roberts on a trip to Quebec where he observed an outdoor sculpture installation set in the rustic landscape of Reford Gardens at Métis-Sur-Mer on the St. Lawrence River.

When he moved some of his own work into the natural world, he discovered both the work and its surroundings took on new dimensions. And when he photographed the effect, on site at The Alton Mill, the Forks of the Credit and elsewhere in the Caledon countryside, he realized he was moving into a more contemplative, capital ‘S’ way of seeing. The camera’s eye revealed a spectrum of new images, at the same time as it illuminated the natural world. 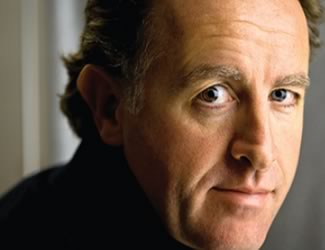 Raynes Roberts first became interested in glass engraving as an adolescent while he was studying jewellery design in his native England. He soon moved from metalwork to glass, studying under the “very demanding but brilliant glass designer,” Ronald Pennell. His mentor was evidently so challenging that Raynes Roberts was his only student, but he gave Raynes Roberts a gift for which he is forever grateful.

That gift has transpired into a successful career for the sculptor who moved to Canada in 1982. His intricate ethereal engravings on optical crystal can be found in corporate boardrooms and private collections around the world. And his extensive commissioned works range from the creation of the new Scotiabank EcoLiving Awards and the Rogers Cup for tennis to such monumental pieces as the 53-foot “tapestry of glass” depicting Canada’s multicultural peoples in the health sciences library at McMaster University. 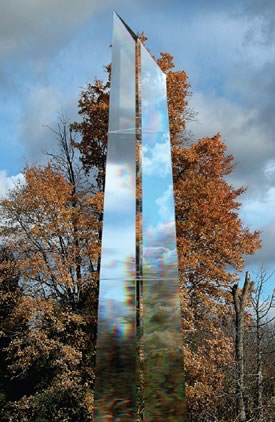 The Alton Mill exhibition represents a kind of homecoming for Raynes Roberts, who now resides in Toronto, but lived north of the village until a few years ago and continues to visit the area frequently. While some of the work in this new collection will be engraved, Raynes Roberts intends to focus primarily on the metaphoric quality of the pristine crystal or, in some cases, reclaimed glass. Depending on the angle from which the prismatic pieces are observed, they will reflect fragments of light, refracted picture planes, layered, repeated, inverted, diverted, to create their own spiritual energy, as Raynes Roberts would have it, “like jazz.”

The artist, who has just turned 50, says the transition in his work evolved with the transitions in his own life, especially with what he aptly calls the “crystallization” of his awareness of the interconnectedness of the human family, its integral dependence on the health of the ecosphere, and, inevitably, its mortality. With that revelation came his desire to turn his efforts more toward education, especially related to environmental and social healing.

Raynes Roberts recalls a discussion between physicist Stephen Hawking and artist David Hockney about “who would be the first to describe the fourth dimension.” Hawking insisted it would be scientists who made the leap to the next level of human understanding. Hockney argued it would be artists. For Raynes Roberts, crystal represents a melding of art and science in that quest. Indeed, the Glasslands project is in many ways a logical culmination of his earlier engravings, many of which have a mythical quality depicting the striving toward a breakthrough to another dimension.

“Optical crystal is the only manmade material that actually enhances rather than detracts from the natural world,” he says. He notes that it has given us the technology to look deeply into both the infinite and the infinitesimal structures of our universe. He believes that as an artistic medium, it provides the simultaneous ability to look deeply within ourselves. 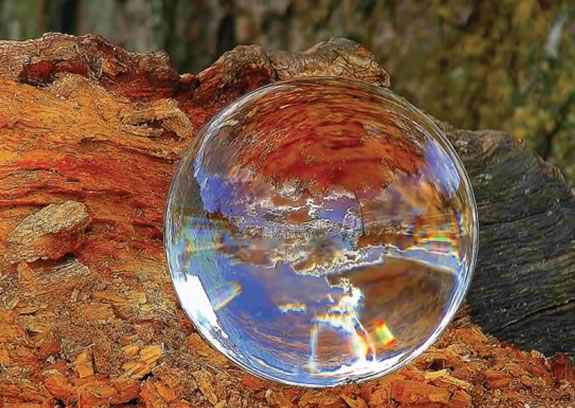 The Glasslands photographs and conceptual drawings will be exhibited in the Pond Gallery at The Alton Mill from May 5 to 29. For more information about the artist, see markraynesroberts.com and raynesandco.com.

View a musical video including more of the Glasslands photographs, reflect and enjoy.
THE GLASSLANDS COLLECTION – Mark Raynes Roberts 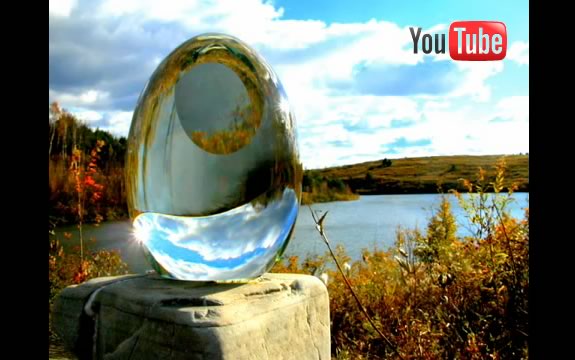