When darkness falls a female will entwine her sinuous body with a male eager to pass on his genes. Then, after being suitably aroused, the male will present the female with a packet of sperm.

This the female picks up in her genital opening called a cloaca. Mission accomplished for the female ­- but the male? Regrettably not. He has been duped.

The female he danced with was a hybrid of his species – Jefferson salamander – and another species called the blue spotted salamander. All of these hybrids are female. Now this is odd but the story gets even stranger. Though these females must mate with male Jefferson salamanders for proper egg development, those eggs incorporate none of the males’ genetic material.

In cold evolutionary logic, a male seduced by a hybrid female is a bust. He has failed to pass on his genes. However, a second mating, this time with a purebred female, may allow him to salvage his genetic future.

As bizarre as this story sounds, there is more. The eggs of the female hybrid will develop into carbon copies of herself – clones. Upon maturity, those clones will take their place in woodland pools and perform their own dances of deception.

The Jefferson salamander is a cause célèbre locally because of its very restricted range in Canada. In the southern reaches of the Headwaters it can be quite common and it has been found as far north as Mono Cliffs Provincial Park.

That this salamander is entangled with the shady female hybrids only adds to its celebrity status. After all, here is sexual intrigue rivaling that of daytime soap operas! 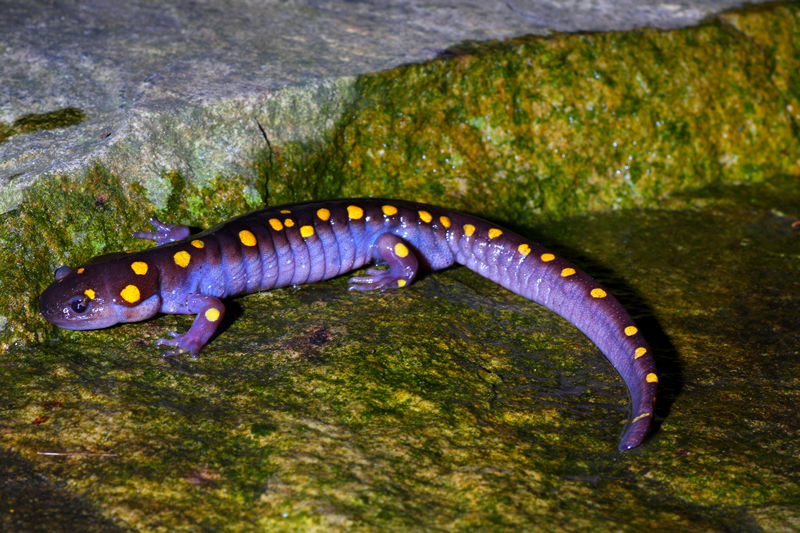