“‘Eating is an agricultural act,’ as Wendell Berry famously said. It is also an ecological act, and a political act, too. Though much has been done to obscure this simple fact, how and what we eat determines to a great extent the use we make of the world – and what is to become of it. To eat with a fuller consciousness of all that is at stake might sound like a burden, but in practice few things in life can afford quite as much satisfaction. By comparison, the pleasures of eating industrially, which is to say eating in ignorance, are fleeting. Many people today seem perfectly content eating at the end of an industrial food chain, without a thought in the world; this book is probably not for them. There are things in it that will ruin their appetites. But in the end this is a book about the pleasures of eating, the kinds of pleasure that are only deepened by knowing.”
From The Omnivore’s Dilemma, by Michael Pollan (Penguin Press, 2006). 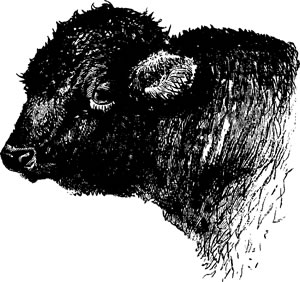 “Some abattoirs need to be able to stay small so they can continue to meet the needs of farmers who provide meat to the growing numbers of eaters committed to local food. Farmers interact with small abattoir owners on a daily basis and know they are committed to safe food, and are hard-working, honest and trustworthy. They also know how many small plants are working at, or close to, full capacity. Each time a small abattoir closes, our options as farmers to sell to local markets decreases. For farmers selling local food, the ability of small abattoirs to stay small and survive is not a luxury – it is a necessity for the survival of our relationships with our customers and the survival of our farms.”
From “Is Staying Small a Luxury?,” by Ann Slater in Canadian Organic Grower, Summer/10. cog.ca

“Amir Bramell has been tending the bar at Russian River’s microbrewery for six years and has seen some fascinating demonstrations of the power of extreme beer. He recalls one man who came into the pub to try one of Cilurzo’s infamous sour beers – a brew variously described as containing notes of barnyard, horse blanket and wet dog in a phone booth – at the strong recommendation of a friend. ‘He really hated it, but he came back every day to have another,’ says Bramell. ‘It took him two weeks to really like it. By then he was hooked.’” 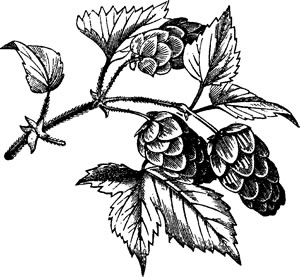 From “No Accounting for Taste,” by Lizzie Buchen, in New Scientist, Dec25/10–Jan1/11. newscientist.com

“Hops were introduced to Canada in the late 1600s, as French colonial administrator Jean Talon settled into New France. In the late 1800s, hops began appearing regularly in agricultural history records, with B.C.’s Fraser Valley and Ontario’s Prince Edward County eventually becoming key hop-producing regions in North America. However, by the mid-1970s, both regions had succumbed to the centralization of the industry in Washington and Oregon, and Canada now produces a tiny fraction of world production.”
From “How to Grow Hops,” by Heidi Oran, in Canadian Organic Grower, Winter/11. cog.ca

“Imagine an island where 90 per cent of fresh vegetables and 98 per cent of red meat come from away, chickens eat imported feed and the perishable vegetable supply would last three days if mainland contact was severed. Welcome to Newfoundland, whose vulnerability became apparent when Hurricane Igor forced many communities to seek food relief. Island life wasn’t always so dependent on external inputs. People once used fish, seaweed and manure to enrich soil in traditional, raised ‘lazy beds.’ They preserved and stored food in root cellars. ‘We’re in a dire state,’ says Wilson [Mark Wilson, farmer and activist]. ‘We can do better. We have to move – quite literally – back to our roots.’”
From Anuradha Rao’s “Food on the Rock,” in Alternatives, Mar–Apr/11. alternativesjournal.ca

“‘Potato preservationists’ with the Global Crop Diversity Trust plan to send seeds of more than 1,500 types of Andean potato to the Svalbard Global Seed Vault, 1,300 kilometers north of the Arctic Circle. The seeds come from Potato Park, a 10,000-hectare reserve in Peru established by indigenous groups to preserve potatoes and their role in local culture. In the Andes, potatoes are a cultural symbol and dietary staple that come in thousands of varieties, including the … ‘bride’s potato,’ which is so bumpy it’s considered a test of a newlywed’s peeling skills.”
From Science, Feb18/11.

Food crops and the continued health and fertility of the soil was vital to the new nation [America], both to guarantee self-sufficiency and independence from Britain, and also as the hoped-for source of its future wealth. In 1769, Benjamin Franklin listed the three ways by which a nation might acquire wealth: ‘The first is by War … This is Robbery. The second by Commerce which is generally Cheating. The third by Agriculture the only honest Way.’”
From a review of Andrea Wulf’s The Founding Gardeners (Heinemann 2011), by Katherine Swift in The Guardian Weekly, Apr22/11.

Neil Currie, general manager of the Ontario Federation of Agriculture says that “… the 37,000 farm families he represents want government to adjust policies that favour imported goods at the expense of domestic ones. It’s a situation brought home by Stephen Chase last November in The Globe and Mail. While small producers … are forced to certify their kitchens at considerable expense, Chase notes that virtually none of the more than 33 million litres of apple juice from China, 11.8 million kilograms of pickles and relish from India and 4.9 million kilograms of cashews from Vietnam were touched by federal inspectors.”
From “Evolution/Revolution,” by Nicola Ross, in Alternatives, Mar–Apr/11. alternativesjournal.ca 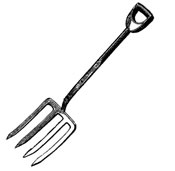 “When this book was first published in 1977, I suspected, but could not know for sure, that a day would come when increasing populations and increasing costs of producing and transporting food with fossil fuel, fossil fertilizers, and genetic manipulation would cause food prices to rise so high that more traditional production methods – organic, natural, low-labour, and local – would begin to rule the economy. Thirty years later, that is exactly what is happening. Whenever in history a new, more economical way to do anything is discovered, it will take over the market, no matter how hard entrenched big business and government try to stop it.”
From Gene Logsdon’s introduction to the second edition of his book, Small-Scale Grain Raising (Chelsea Green, 2009).