Or drink cement. Or greet your neighbours across a 2,300 acre pit.

In the mid 1970s, I attended a large and boisterous public meeting aimed at protecting the Peel Plain, prime agricultural land in Caledon at the south end of the Headwaters region. More than three decades of relentless urban sprawl later, that land is all but gone. What farmland remains is in the so-called White Belt, undesignated land (read, open for development) on the southern fringe of the Greenbelt.

Now, the other major swath of prime agricultural land in our Headwaters region, at the north end of Dufferin, is also seriously threatened.

In one fell swoop of rural blockbusting, Highland Companies bought up more than 7,000 acres, mostly potato farms, in Melancthon Township. The company, owned by a Boston-based hedge fund, razed 28 farmhouses, cut down hedgerows, and has now filed an application for a 2,300-acre aggregate quarry that will plunge 200 feet below the water table and is situated at the headwaters of the Grand and Nottawasaga rivers. The aggregates will be hauled away at the astonishing rate of 150 truckloads an hour (coming and going, that’s 300 trucks an hour on our rural roads).

Highland promises to restore the floor of the pit to farmland, but that will require the mechanical diversion of some 600 million litres of water, every day – forever. It’s a scenario that even the minister of Natural Resources, Linda Jeffrey, apparently finds ludicrous. “This will not be going back to agriculture,” she told Melancthon officials, and advised them to think “nice golf course.”

One of the problems back in the seventies was that Ontario didn’t have any effective legislation to protect agricultural land. It still doesn’t. However much it may stick in our collective craw that American financiers can muscle in and eviscerate our food resources, the real problem is with our own provincial policies.

In Ontario, aggregate extraction trumps all other land use. An aggregate application such as Highland’s requires no demonstration of demand and effectively no rehabilitation plan or environmental assessment (something farmers need if they want to dig so much as a cattle pond). And unlike our prime agricultural resources, prime aggregate resources are strictly protected by provincial legislation from other forms of development.

The McGuinty government has made great fanfare of its progressive environmental legislation and loudly claims support for local food initiatives, but legislation to protect farmland, and farm communities, has not kept pace. When even the Ontario Municipal Board – notoriously considered pro-development – declares, “It is time for alternatives to aggregate for infrastructure construction to be found,” as it did in its recent rejection of the Rockfort Quarry application in Caledon, surely it is time for our government to take note.

The Highland quarry application runs to 3,000-plus pages. In light of the complexity of the application, the minister of Natural Resources has bowed to pressure and extended the deadline for filing objections by 75 days, to July 11. You can read the minutiae of the pros and cons of the application at the links noted above. But we would argue the whole decision comes down to a matter of first principles, represented by a choice between two simple and compelling equations:

And that doesn’t seem like a complicated choice at all.

Signe Ball
Publisher, In The Hills

High Stakes in the High County – From In The Hills, September 2009.  Cropland, aggregate, rail, water, wind. It’s hard to imagine a list more defining of the preoccupations of our times. But what happens when all those elements converge in one community, courtesy of one developer? Is it a bright vision of a sustainable future, or crass “rural blockbusting” set to devastate farmland and decimate a community? In Melancthon, the battle lines are drawn. 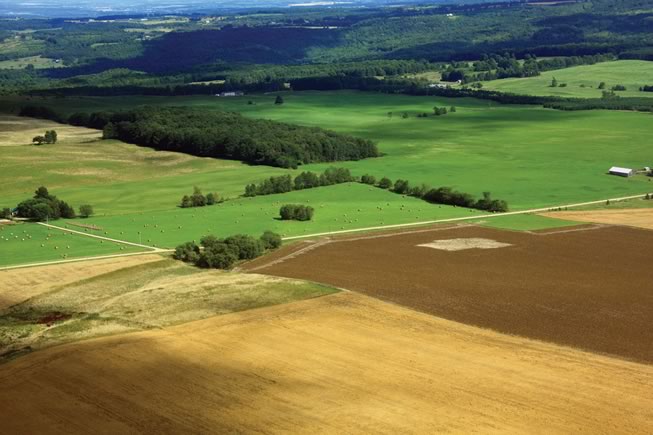 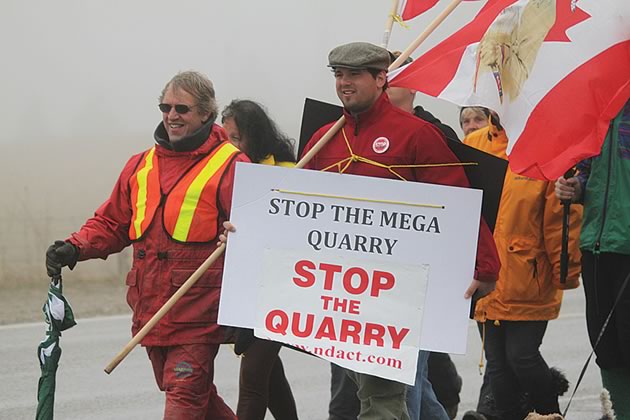 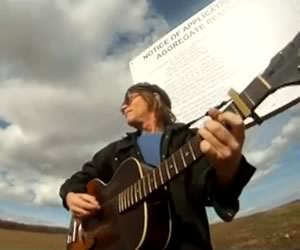 “Walk with me, Stop the Quarry” – Mr Hobo Wally – Melancthon Quarry A Song to Save Our Farmland by Hobo Wally 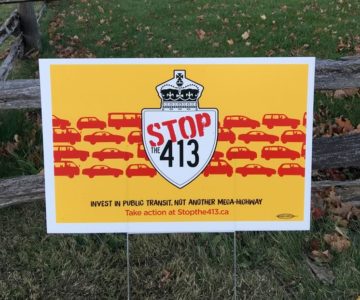 Melancthon is the largest township in Dufferin County, but, situated in the far northwest, its fertile, windswept lands have until recently seemed exempt from the development pressures that dog the rest of the county.