“He that looketh on a plate of ham and eggs to lust after it hath already committed breakfast with it in his heart.”
C.S. Lewis 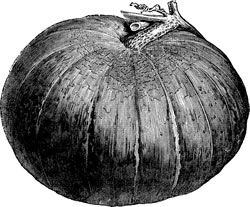 “Small-scale farmers can double food production within 10 years in critical regions by using ecological methods, a new UN report shows. Based on an extensive review of the recent scientific literature, the study calls for a fundamental shift towards agroecology as a way to boost food production and improve the situation of the poorest.

“‘To feed 9 billion people in 2050, we urgently need to adopt the most efficient farming techniques available,’ says Olivier De Schutter, UN Special Rapporteur on the right to food and author of the report. ‘Today’s scientific evidence demonstrates that agroecological methods outperform the use of chemical fertilizers in boosting food production where the hungry live – especially in unfavourable environments.’

“‘To date, agroecological projects have shown an average crop yield increase of 80 per cent in 57 developing countries, with an average increase of 116 per cent for all African projects,’ De Schutter says. ‘Recent projects conducted in 20 African countries demonstrated a doubling of crop yields over a period of 3–10 years.’”
From a UN news release available at srfood.org.

“‘Over the past 15 years, Cuba has become ‘the world’s largest working model of sustainable agriculture,’ according to U.S. writer and activist Bill McKibben. At least in terms of vegetable and fruit production like the kind I witnessed at Vivero Alamar, Cuba is indeed a model to emulate, demonstrating how an entire society can convert its agriculture to organic methods and thrive.

“Granted, the country of Cuba still imports more than half its food and is far from being food-secure. But in the capital, Havana, nearly all of the vegetables and most fruits now come from within a 30-mile radius, an accomplishment of which few cities in the world can boast.”
From Organic Farms Supply Most of Havana’s Fruits, Vegetables, by Fred Bahnson, CCPA Monitor, May/10. policyalternatives.ca

“Pumpkins were likely developed in South America from wild plants that date back from 7000 to 5500 BC. For centuries, aboriginal peoples in North America grew pumpkins with sunflowers and beans, and later with corn and beans, in the Three Sisters gardens central to First Nations agriculture. Early European settlers to North America depended heavily upon pumpkins as a source of vitamin A and food energy. They also made pumpkin beer by fermenting the fruit with persimmons, hops and maple syrup.”
From Pumpkin Passion, by Michelle Summer Fike, in The Canadian Organic Grower, Winter/11. cog.ca 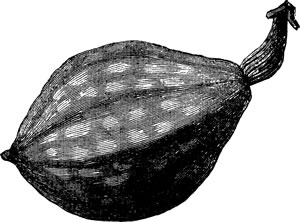 “Although technically a Yankee vegetable – it originally landed in Massachusetts from South America around 1798 – this squash thrives throughout the South, and it’s even developed a reputation as an outstanding substitute for the main ingredient in sweet potato pie. If pie isn’t your thing, you can roast the flesh with olive oil, salt and pepper, and then combine it with chicken stock and cream to make a delicious winter soup. But while it’s not hard to make good use of the Blue Hubbard, it is hard to crack one open. Some people have been known to spike it on the driveway. The effort will be well worth it. Just ask any cucurbitacean [squash lover].”
From Garden and Gun, Feb-Mar/11. gardenandgun.com

“Descendants of the Maya living in Mexico still sometimes refer to themselves as ‘the corn people.’ The phrase is not intended as a metaphor. Rather, it’s meant to acknowledge their abiding dependence on this miraculous grass, the staple of their diet for almost nine thousand years. Forty per cent of the calories a Mexican eats in a day comes directly from corn, most of it in the form of tortillas. So when a Mexican says, ‘I am maize’ or ‘corn walking,’ it is simply a statement of fact…” 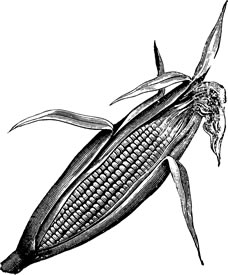 From The Omnivore’s Dilemma, by Michael Pollan, Penguin Press, 2006.

“For a reminder that the world is in the grip of a food crisis, look no further than this year’s uprisings in Tunisia and Egypt. Both were triggered in part by soaring prices, which are at an all-time high after extreme weather – especially last year’s heat wave in Russia – took its toll on agriculture.

“Now the wheat crop in China, the world’s biggest producer, is threatened by drought. If the crop fails, prices will rise further as China imports wheat to make up the shortfall. More plentiful harvests elsewhere might lead to lower prices later in the year, but any such respite will only be temporary as the weather becomes more unpredictable. As the saying goes: ‘Climate trains the boxer, but weather throws the punches.’”
From New Scientist, Feb 19/11. newscientist.com

“The bluefin [tuna] is the zenith of evolution among fish – an extraordinary creature that can swim at 40 miles per hour, accelerate faster than a Porsche, produce millions of eggs, and live for 20 years. The secret of its ability to turn on such dazzling bursts of speed is that it warms its blood through a heat exchanger. What matters to the buyers is taste, and the bluefin – unfortunately for it – happens to be the fish equivalent of Aberdeen Angus raised on Argentine pampas. As a result of the demand for its flesh, the eastern Atlantic bluefin is now listed as an endangered species and estimated to be equivalent to the giant panda in its closeness to extinction. The western Atlantic bluefin stock is in even worse shape and is officially described as critically endangered. That puts it in the same bracket as the black rhino.”
From The End of the Line, by Charles Clover, The New Press, 2006.

“Rinderpest, a viral disease, was once endemic across Eurasia and Africa with periodic outbreaks killing calves and devastating herders [sic]. The virus was last detected in 2001 in Kenya.” Rinderpest is the first animal disease to be eradicated.
From Science, May 20/11. sciencemag.org

“He that looketh on a plate of ham and eggs to lust after it hath already committed breakfast with it in his heart.”
C.S. Lewis