An Eco-revival for a Gothic Farmhouse

A Gothic Revival house has been revived. With its arched window in the centre gable, polychromatic brick, elegant bargeboard and symmetrical façade, this formerly modest Caledon farmhouse, built in 1881, is firmly rooted in tradition.

It is a direct inheritor of the Gothic Revival style which began in England around 1750, arrived in Canada with the settlers, and dominated architectural design in rural Ontario until the 1950s. Indeed the style’s classic centre hall plan and welcoming porches continue to ensure its place on the planning boards of many builders. 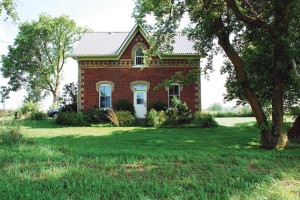 However, some of the most compelling arguments for the 21st century interpretation of a 19th century design are very contemporary ones. Owner Erica Hyland approached residential architect Harry Morison Lay and asked if it would be too great a stretch to consider a “green” renovation. He replied, “Not at all,” noting that just by not knocking down the original building there would be a huge conservation of labour and materials.

Although Harry immediately understood the limitations of the old house in relation to contemporary standards of energy efficiency, he also recognized the native wisdom of the original design. A centre-hall plan Gothic house has good ventilation and, with spacious porches, good protection from direct sunlight in the summer. So the style already offered an environmental head start. He would take advantage of this home’s existing assets and enhance what he could.

In that spirit he began by restoring the original virtues of the house. The 12-inch pine floor planks were preserved and additional flooring milled from salvaged barn siding. The former porch, demolished many years ago, was rebuilt using templates from historic Gothic farmhouse designs and adding a screened area that opens from the dining room. Wrapping three sides, the porch protects the interior from the direct rays of the summer sun.

Mature trees were likewise carefully preserved to provide shade from the summer heat. As Harry said, “The mature chestnut in the south garden is the biggest asset by far for air conditioning.” The windows of the original house were replaced with the same double-hung style to allow lots of fresh air, but the new, state-of-the art windows both insulate and reflect ultraviolet and infrared light. No more fading carpets and upholstery! 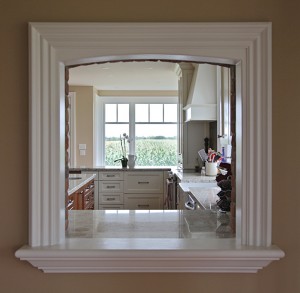 A window-like pass-through connects the cook to the dining room and provides an uninterrupted view from the front to the rear of the house.

Although good ventilation is one of the virtues of century homes, the old walls leaked rather too much air. So interior surfaces were taken off, filled with expanding foam insulation and resurfaced. With these changes the draughty old house became a model of energy efficiency.

But this project was more than a renovation. The plan also called for a large kitchen/family room addition and second-storey master bedroom. Starting from scratch meant the new wing could be built to include the best of current environmental technologies. The challenge in this case was to maintain consistency between the old and new.

Super high-performance insulation was installed in the walls, roof and foundation of the addition. For heating and cooling, a geothermal system was installed, with 1.5 kilometres of horizontal coil providing heat and cold exchange to maintain comfort in every season. Air is circulated by a high-efficiency, forced-air furnace system. Although the system is more expensive than a conventional furnace, it stands to pay back the investment within 10 years by reducing annual heating and cooling costs to a fraction of what they were before.

All these technological advances were not accomplished at the expense of the beauty of the building. The original house is a Gothic gem and the new addition respects the historic vernacular. 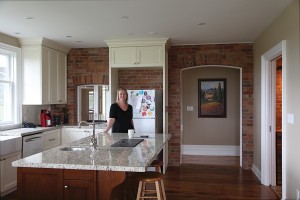 Erica Hyland in her kitchen, where the original brick walls have been exposed.

A generous kitchen, anchored by a large stone island, links to an equally generous living area anchored by a Wiarton limestone fireplace. On the opposite side, the kitchen is connected to the dining room by a pass-through cleverly designed to look like an original window. The device is practical for the cook and wonderful for guests, who have an uninterrupted view from the front to the back of the house and beyond to the outdoors. Original molding details have been retained or replicated to maintain a continuous style throughout.

The new spaces open up from the old using long galleries and wide French doors. Natural light pours in from windows on three sides of almost every room.

Our eyes are said to be the windows of our souls. In this house, the windows are the soul of the house. Not only are they extremely protective, they also play an important role in continuing the visual flow from indoors to out, framing the views almost as a painter would compose a landscape. The countryside has become a strong element of the interior experience.

The revival of this home was a labour of love for Erica and an acknowledgment of her love for the area. For Harry it was a fulfillment of the marriage of old and new, form and function. Erica commented, “Harry worked really hard to fulfill my vision and impart his knowledge. It is everything I dreamed of and more.” 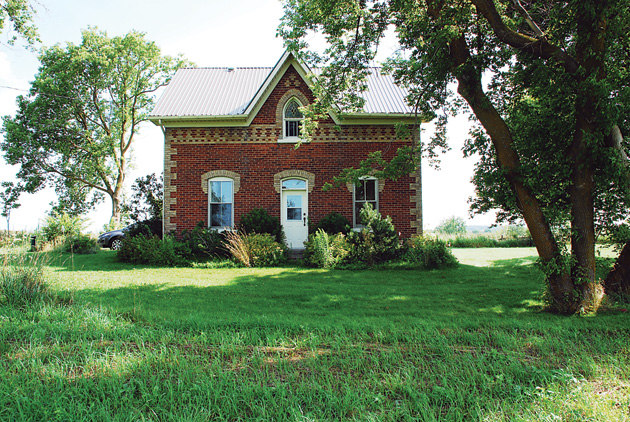 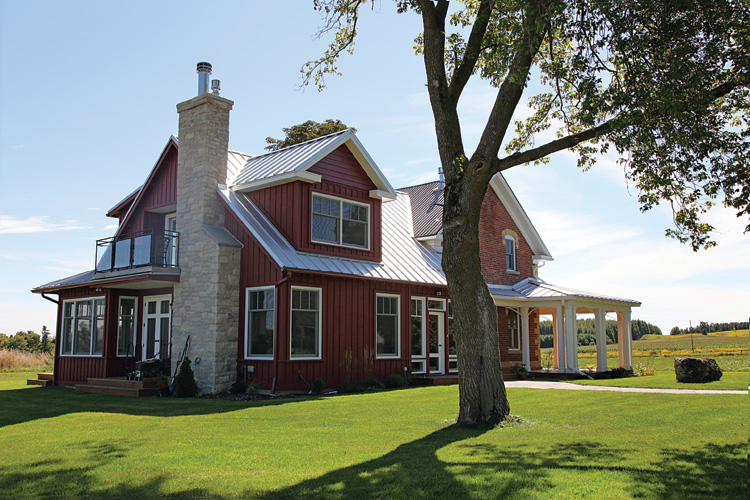 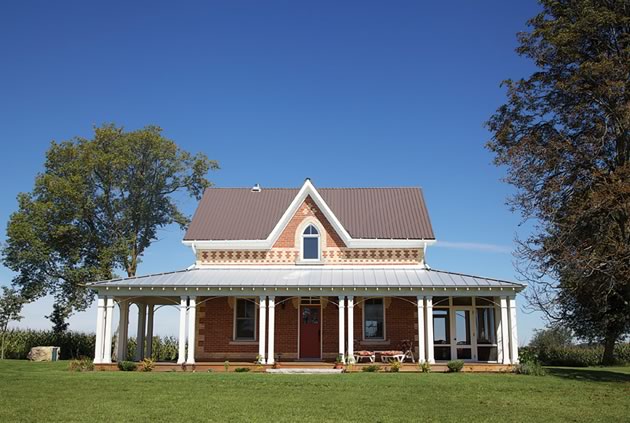 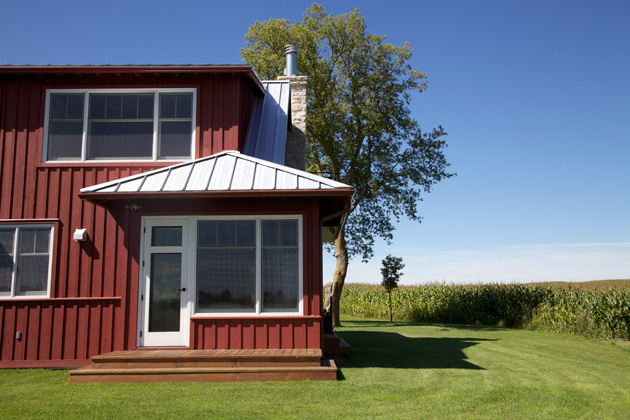 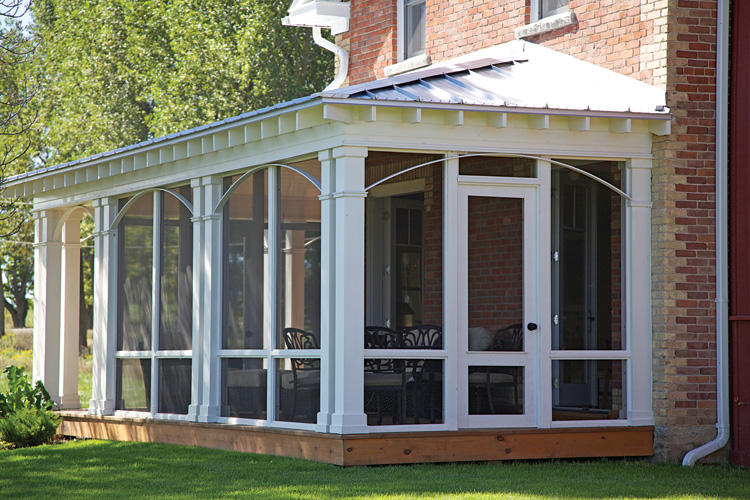 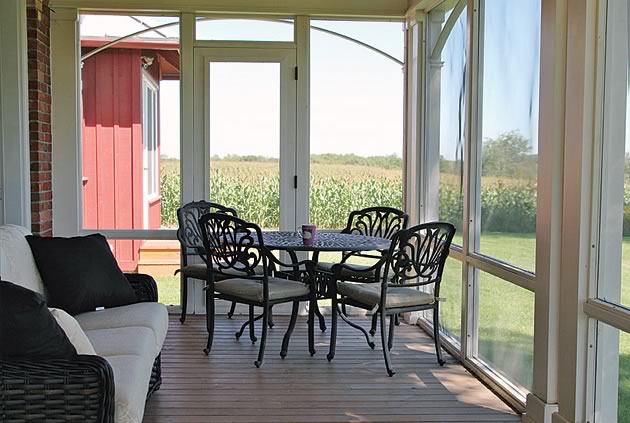 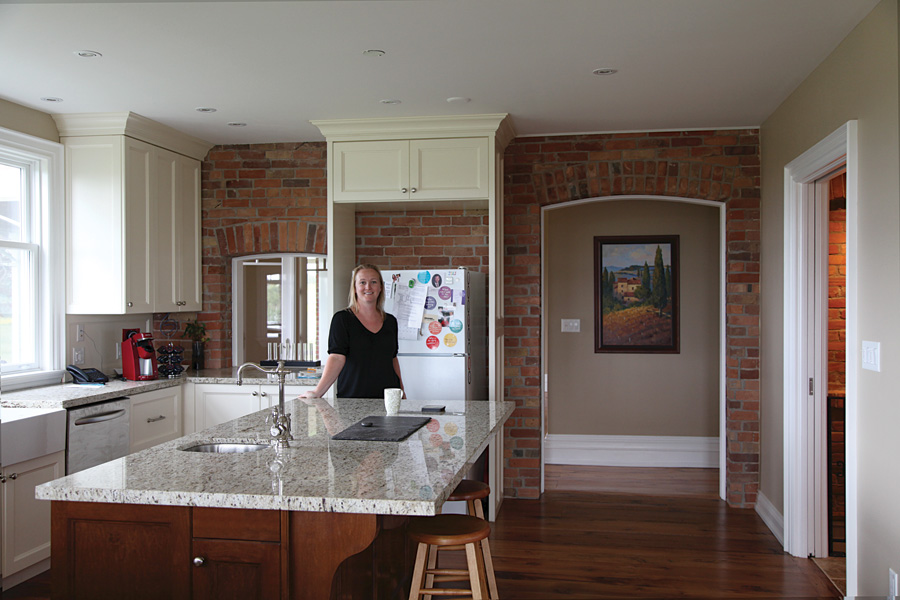 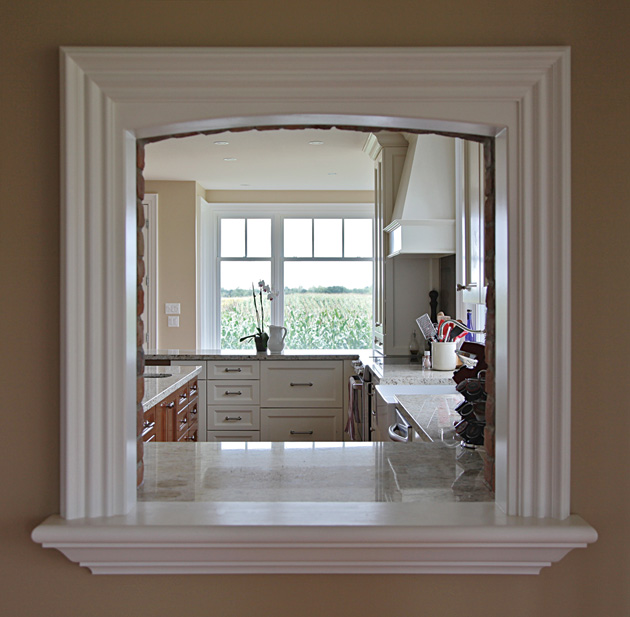 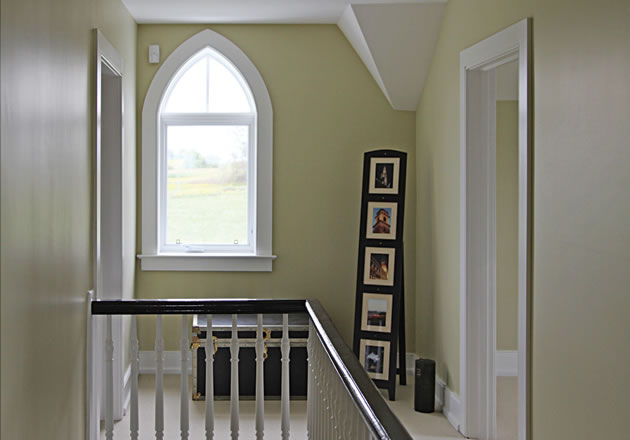 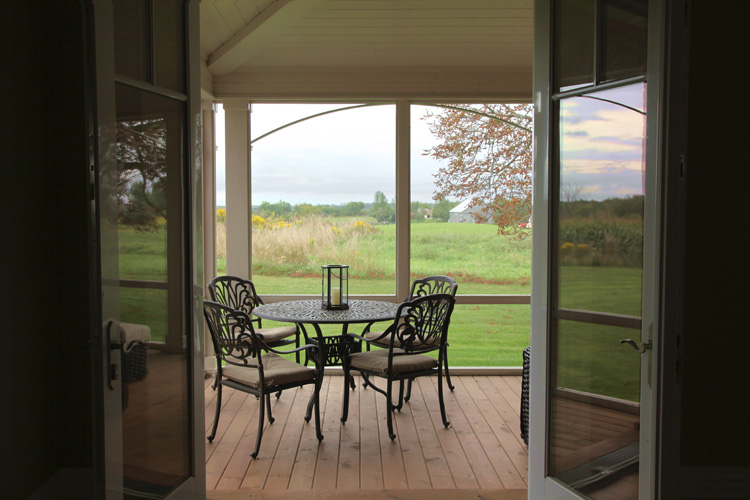 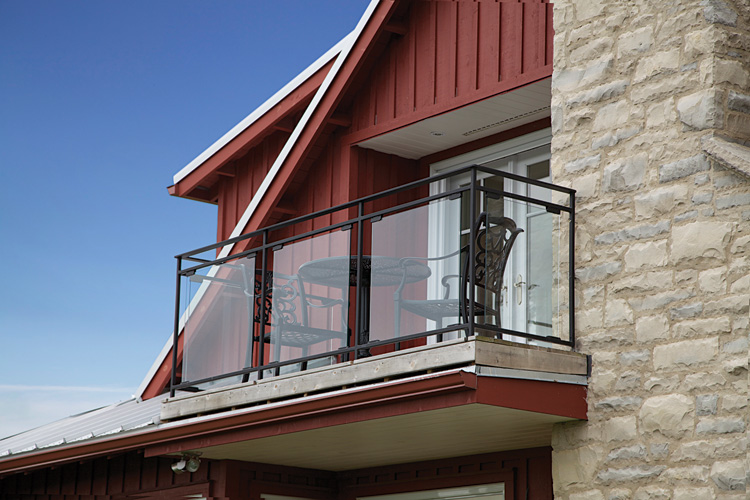 <
►
>
Light flows into the upper hallway through both the front arched front window and the glass doors of the porch off the master bedroom. The porch faces the morning sun as it rises over the cornfields.