There are probably more deer now than there were before European settlement.

I was hiking the Bruce Trail north of Primrose recently when five white-tailed deer crested a rise in a farmer’s field and stopped about 50 metres distant. I revelled in their beauty and their energy – finely sculpted and lively, they had obviously wintered well.

One of the five stared directly at me, bobbing its head from side to side in an effort to figure out what I was. I was struck by the nonchalance of its companions. They nosed around last season’s corn stalks looking for something edible. Perhaps the one watching me was the designated sentry.

My reverie was broken when she decided I was a threat. With a snort she raised the alarm and the group bounded off, their white flags held erect.

There are probably more deer now than there were before European settlement. The mix of woodland, old field and agricultural habitat in southern Ontario provides a cornucopia of plant life to feed upon.

If eating well explains deer success, so too does not being eaten. The primary historic predators of deer – wolves – are gone from southern Ontario. Coyotes take a toll, especially of the fawns, but do not pose the same level of threat as their larger relatives.

Animals interact with their environment in fascinating and complex ways. The growth in the deer population is probably responsible, in part, for the expansion of ravens into southern Ontario. In winter these large birds are sustained by deer carcasses.

Deer have a less positive effect on some of our most cherished wildflowers, however. When abundant, white-tailed deer can eat trilliums into oblivion.

Watching beautiful animals like white-tailed deer is gratifying. Gratifying as well is delving into their surprising relationships with the other actors in their environment. 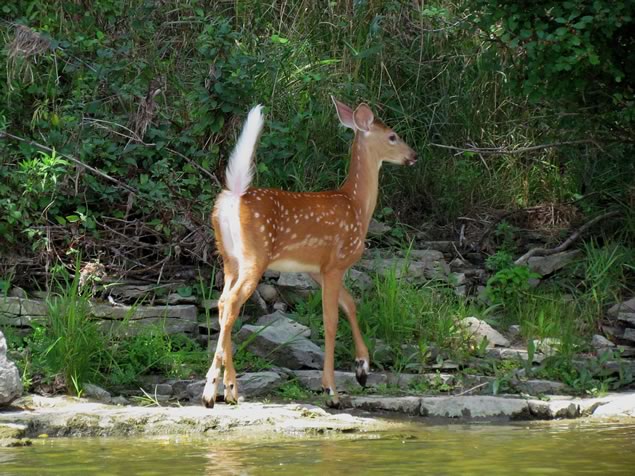 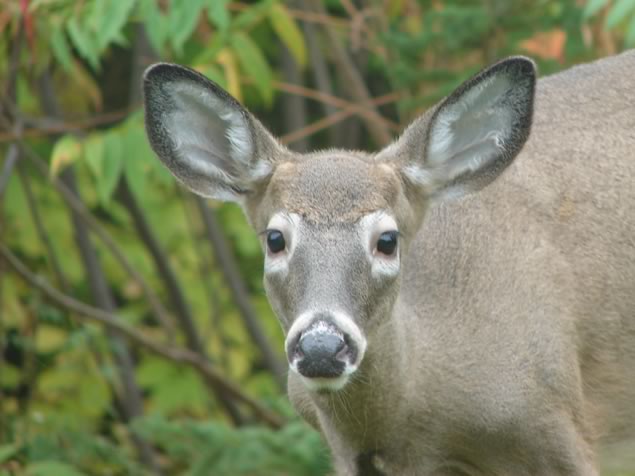 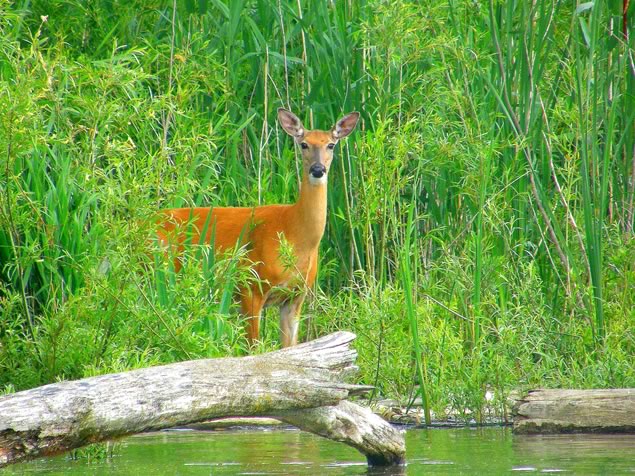 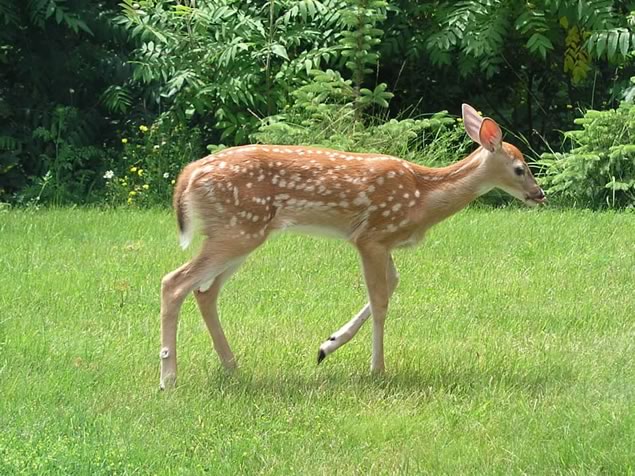 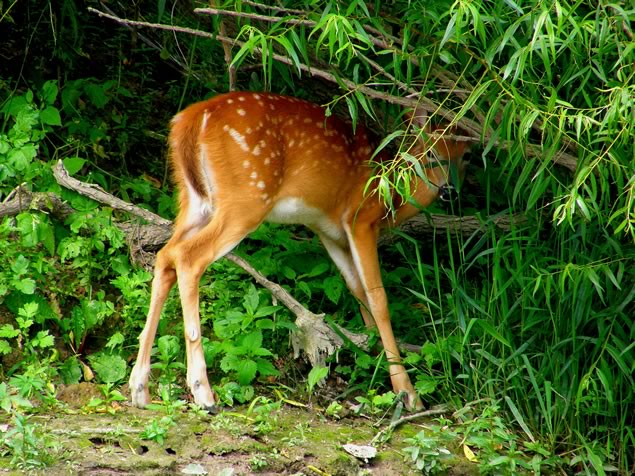