They are, I think, the most unlikely of beasts. Our only marsupials, opossums share, with their better known Australian kin, pouches and a remarkably short gestation period.

An opossum fetus spends less than two weeks in the womb. Then, blind, pink, honeybee-sized and naked, it crawls from its mother’s birth canal and wriggles into her pouch. There, if lucky, it finds a teat to clamp onto.

For two and a half months the young opossum will suckle in the pouch with up to a dozen siblings. Then it will emerge and cling to mother’s back as she grubs for food.

Now if the early development of an opossum is unlikely, so too is its very being. Opossums will never make the short list of “world’s smartest animals.” They are not particularly fast, nor are they fearsomely fanged or clawed.

They would seem easy pickings for coldly efficient predators like coyotes, foxes and owls. Opossums are also unlikely winter survivalists. Naked ears, feet and tails slough off frozen fragments during our harsh winters.

And yet somehow, opossums thumb their pointed snouts at these threats and have even expanded into vast expanses of new territory, including Headwaters, over the past few decades.

Their bizarre behavioural stress response – opossums famously “play dead” – is sometimes cited as a secret to their success. Common wisdom suggests this repulses predators that disdain carrion. Well maybe, but coyotes, foxes and raccoons are all eager scavengers. 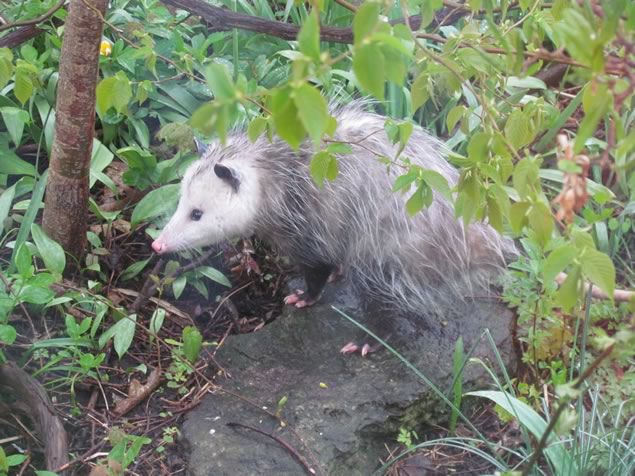 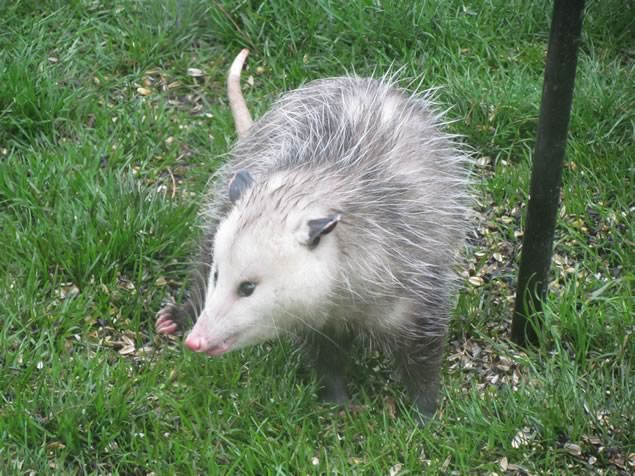 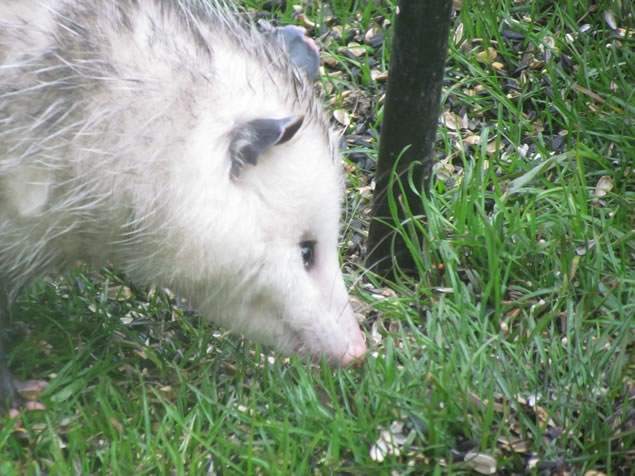 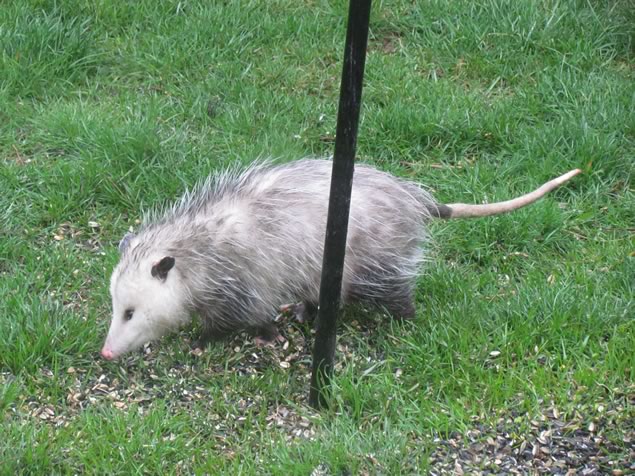 <
►
>
Homeowners who see an opossum for the first time, rooting through their garbage, sometimes respond hysterically, thinking their neighbourhood is under siege by giant rats.

Homeowners who see an opossum for the first time, rooting through their garbage, sometimes respond hysterically, thinking their neighbourhood is under siege by giant rats.

Granted, opossums do appear rather rat-like. But instead of judging them by their looks, let’s offer them a grudging nod for their sheer improbability. Opossums are a fascinating addition to the Headwaters’ bestiary.