And the conversation begins

More than ever, Canadians care about their food and where it comes from.

“There is a wave building of a food culture in this country that links urban people to the farm, and this is an example of how that’s going to drive legislation.”
Rene Van Acker, professor of agriculture, University of Guelph speaking at the Taters not Craters party, February 2013

If you live in the Headwaters region, you know all about the surprise capitulation last fall of the Highland Companies’ proposal to build a 2,316-acre quarry in Melancthon Township. As good as this news was to opponents of the plan, the anti-quarry forces have no intention of laying down their arms in the battle to preserve the prime farmland still under siege by Ontario’s voracious and ongoing demands for aggregate.

Without missing a beat NDACT (North Dufferin Agricultural and Community Taskforce) relaunched its highly effective Stop the Quarry movement under the Food and Water First banner. You may have already noticed the signature red and white lawn signs popping up in your area. 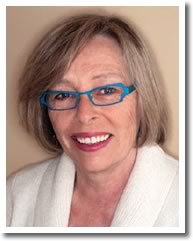 Food In The Hills editor Cecily Ross is the former food and wine editor of The Globe and Mail and author of Love in the Time of Cholesterol, a memoir with recipes.

It goes without saying that we here at Food In The Hills are committed to the idea that food and water are of primary importance, and that their preservation should be high on any locavore’s agenda. More than half of Canada’s scarce Class 1 farmland is located here in Southern Ontario. And it is rapidly being paved over. As freelance writer Tim Shuff notes in his thoroughly researched article, “The Battle Shifts Gears” (In The Hills, Spring 2013), Ontario’s $33 billion agri-food sector is dependent on a tiny and rapidly shrinking land base. Indeed, between 1996 and 2001, 16 per cent of Southern Ontario’s farmland was swallowed by urban development. If, as Abra Brynne, a researcher with Food Secure Canada contends, it takes anywhere from 160 to 200 years to build an inch of topsoil, then our policy makers are frittering away a resource that cannot be readily replaced.

Still, unless urban growth is radically curtailed, the demand for the aggregate needed to satisfy the insatiable demands of growth in the province will have to be met somehow. NDACT’s proposed changes to the Aggregate Resources Act, which would make farmland off limits to aggregate development, could have dire consequences for an industry already facing severe supply shortages.

There are no easy answers. But whatever comes to pass, NDACT’s successful (for now) routing of the Melancthon mega quarry proposal is indisputable evidence that our collective relationship with food has changed forever – and, we believe, it is a change for the better. More than ever, Canadians care about their food and where it comes from. And premier Kathleen Wynne’s promise to introduce a Local Food Act, which would make locally produced food available in markets, schools, cafeterias and grocery stores, is one more indication that the tide has turned. In our view, one of the most encouraging outcomes of the mega quarry battle is that it has started a conversation between farmers and consumers that is going to be heard in Queen’s Park and beyond now and for years to come.