Cowbirds, if unlikely to garner much human sympathy, are fascinating creatures. 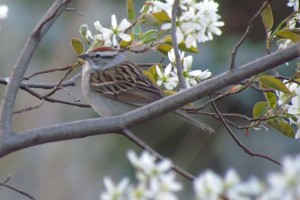 As humans we pass judgment on all creation. We consign everything to a value scale ranging from “bad” to “good.” In the avian world the cowbird is, birdy non grata, a foul, loathsome ne’er-do-well, an evil schemer – you get the point! This, of course, because the cowbird, notoriously, lays its eggs in the nests of other birds.

The unsuspecting foster parents then dote on a cowbird baby that often bullies and out-competes their own “legitimate” young, resulting in their deaths.

In suburbia, a favourite cowbird victim is the chipping sparrow. It is hard not to feel sympathy for the little sparrow parents as they toil to fill the yawning maw of a cowbird chick.

This arrangement takes on an element of the grotesque as the cowbird baby swells to four times the weight of its beleaguered foster parents, all the while uttering shrill cries that say “give me more, give me more!”

But, wait a minute! Cowbirds, if unlikely to garner much human sympathy, are fascinating creatures. It is thought that their habit of laying eggs in the nests of other birds originated on the Great Plains where the cowbirds followed the bison, feeding on insects kicked up by bison hoofs and on parasites plaguing the bison themselves.

The peripatetic nature of bison herds prevented the cowbirds from settling down. “Tricking” other birds to care for their young was the rather ingenious solution that allowed cowbirds to accompany their large hairy benefactors   across the plains.

With the opening up of eastern woodlands, cowbirds spread and cattle became their new patrons. And though such cattle are homebodies, the unusual reproductive behaviour of cowbirds persisted.

The next time you’re tempted to cast aspersions on cowbirds, consider instead the intriguing genesis of their behaviour – behaviour shaped over millennia by the herds of bison that once thundered across the prairies.