Green frogs sometimes strike out cross country in search of new ponds and new environments, boldly going where no frogs have gone before!

The green frog is probably the most abundant frog species in southern Ontario. Here in Headwaters, this adaptable amphibian can be expected in just about any permanent body of water.

Green frogs, despite spending much of their time sitting sphinx-like at the edge of ponds, live interesting lives.

Invest some time watching these beasts and you will realize they are far from pond-side statuary. Active predators, green frogs creep leopard-like towards prey and then pounce. Dragonflies are favourite prey.

I once watched green frogs feeding atop a bloated beaver carcass in a roadside ditch. The beaver had become a frog buffet with bluebottles and carrion beetles among the tastier offerings.

Green frogs are usually loathe to leave their watery haunts, but on warm, moist nights they sometimes strike out cross country in search of new ponds and new environments, boldly going where no frogs have gone before. Well not precisely. Chances are these wandering frogs are following in the webbed footfalls of other intrepid travellers before them.

Travel is a good way of mixing genes and thus maintaining healthy diversity in the green frog population. It’s also a good way to escape aggression.

If two males of similar brawn desire the same patch of wetland they will engage in spirited scraps that resemble, for all the world, Mixed Martial Arts wrestling.

So behold the green frog – active epicurean, wandering spirit, wetland brawler and, unlike so many of its beleaguered peers, a 21st century amphibian success story. 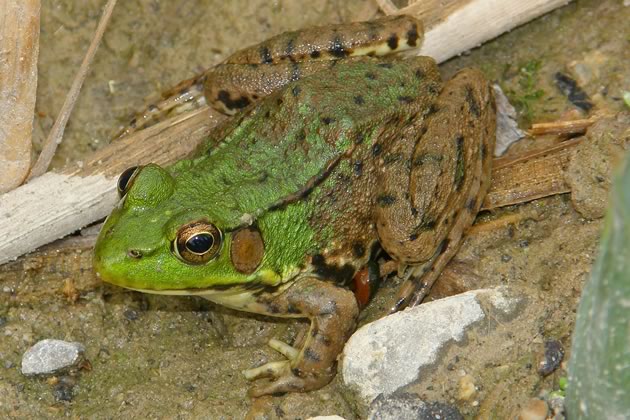 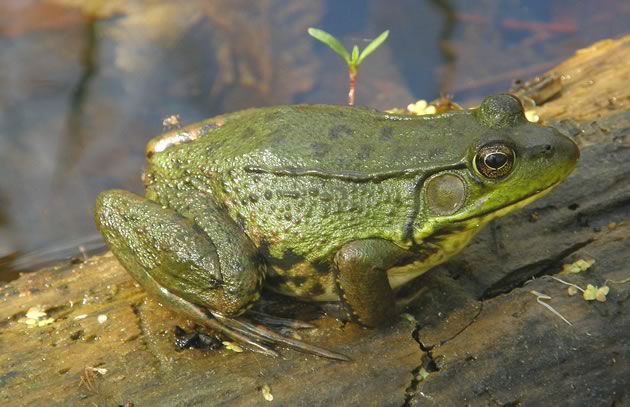 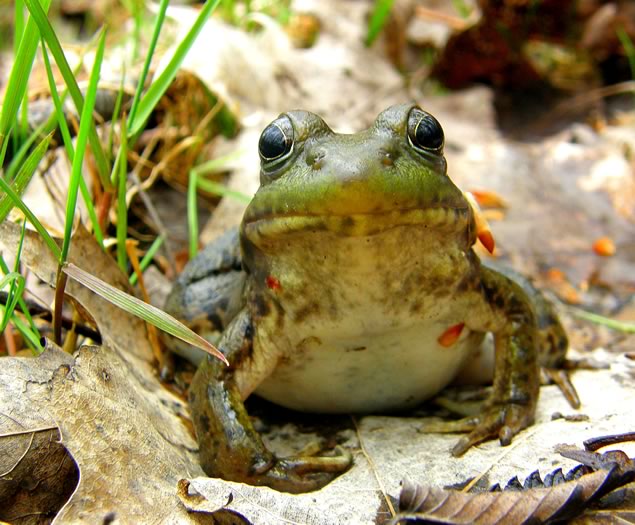 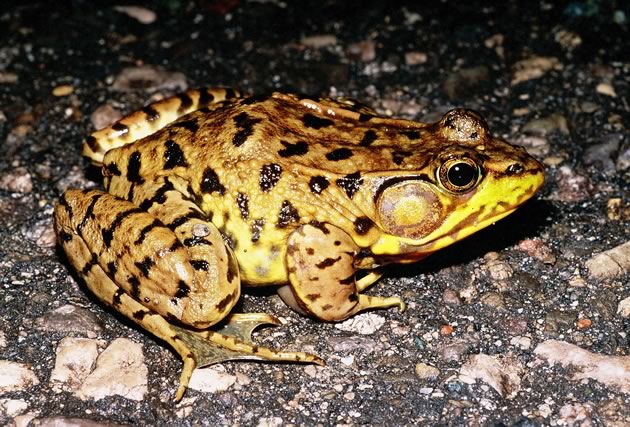 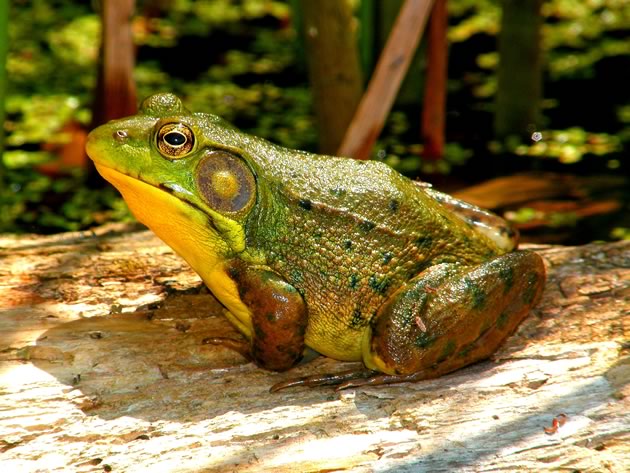 <
►
>
Green frog, male. Green frogs, despite spending much of their time sitting sphinx-like at the edge of ponds, live interesting lives.