George Booth has gone back to school – at the Silver Creek schoolhouse. 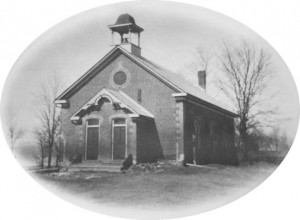 An historic photo of the school before the maples, planted by students, grew to tower over it.

The current academic program at S.S. #3 Caledon, aka the Silver Creek schoolhouse, is not demanding, but this makes no difference to George Booth. He is intensely interested in the history of this former one-room schoolhouse that overlooks the intersection of Kennedy Road and the Grange Sideroad. Here, generations of local students mastered the three Rs, and George, who now owns the property, has assembled a small archive of documents that illuminate the early history of the red-brick building that is an official Caledon heritage site.

A deed suggests the site may have been designated for school use as early as 1846, when a log structure was probably built on the west side of the lot. Another document, dated 1887, deeds the same lot to the school trustees of Caledon Township – for the princely sum of $25. Why two deeds were necessary isn’t known.

The current building was probably built in 1884, before the land transfer was formally recorded, a situation that wasn’t uncommon. More ornate than many Ontario schoolhouses, whose plainness often reflected the frugality of school officials, S.S. #3 includes some surprising flourishes that suggest its construction may have been a labour of love for the unknown builder or builders.

Children from Silver Creek village, on Kennedy Road just north of the school, and surrounding farms attended the school until 1965, when a new four-room elementary school opened at Kennedy Road and Charleston Sideroad. Caledon Central Public School was built at a time when the province was amalgamating school districts, an initiative that led to the closing of the one-room schoolhouses that had dotted Ontario’s rural landscape for more than a century. News of Silver Creek school’s closing was featured, complete with photographs of teacher Violet Cook and some of her 28 students, in the Family section of the Toronto Daily Star on May 22, 1965.

At one time the school and the post office up the road were the social centre of Silver Creek village. The Kidd family was also central to the community, and the school was built on a corner of the property that was long known as the old Kidd orchard. Much of this orchard remained until a few years ago, although the trees had become wild and overgrown. 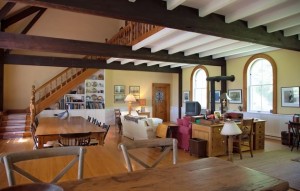 The upper hall leads to a series of small bedrooms and a study that is open to the living space below.

George recalls Mr. Kidd as a familiar and well-loved figure. Though he was completely blind, Mr. Kidd walked to the schoolhouse every day, winter and summer, to pump two buckets of water from the well so the students would have drinking water. And this wasn’t just any old water – it was reputedly the best “sweet water” in Caledon.

In an old extension at the back of the school, two stoves helped supply heat – and the cast iron stove that remains in the main room is the same one that kept students warm in winter. One of the teacher’s jobs was to arrive early to get the fires going.

For a few years after the school closed, the building sat empty and boarded up. Then, in 1972, Gene Aliman and his wife Laura bought the relic of a bygone era for $4,500. Purchasing the fixer-upper took some courage, but it saved the schoolhouse. After Gene’s death his family brought a medallion and some of his ashes to the site, placing these mementoes in the crotch of one of the historic maple trees that line the schoolyard. Students planted these trees in 1897 to commemorate Queen Victoria’s Diamond Jubilee.

George Booth never attended the school, but after spending every weekend and summer of his childhood on a family farm just up the road, he felt deeply attached to the neighbourhood. And as a member of both Caledon Ski Club and Caledon Mountain Trout Club, he continued to nurture his strong connection to the area.

So when the school property came up for sale about 12 years ago, George seized the opportunity to return to his childhood haunts. By then the school had been transformed into a comfortable living space. When George moved in it boasted three bedrooms, a tiny kitchen, the original boys’ and girls’ entrances and the boys’ washroom. 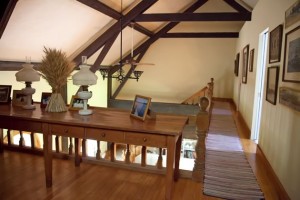 George retained many of the changes Gene and Laura had made. A talented artist, photographer and craftsman, Gene designed and created the stained glass in the transom windows over the entry doors and recovered many of the newel posts and banisters from a church that was being demolished on Jarvis Street in Toronto. He also found the unique tiles that are mounted behind the bathtub. Some time after the school closed, the original bell was stolen, but Gene found another and replaced both it and the belfry.

Other items came with the building. These include a flatback cupboard, the chalkboard that is now in the grandchildren’s playroom, the cabinet where chalk was stored, and the teacher’s desk.

Since the purchase George and his partner Jean Hickey have put their own stamp on the schoolhouse. They have repainted, put in a new kitchen, brought in more contemporary and comfortable furniture and added a deck on the south side. The improvements are delightful, brightening the spaces and taking advantage of the spectacular view over to the Devil’s Pulpit. The generous main room has become a centre for neighbourhood gatherings.

And although George and Jean don’t live in the schoolhouse full-time, the next generations of their family are following in George’s footsteps by visiting regularly. Their grandchildren ensure that children’s voices continue to echo through the building and around the schoolyard.

The Silver Creek schoolhouse is clearly a place of attachments. It was built with care, served generations of students, was given new life by its previous owners and is loved by the current ones. Its future seems secure. 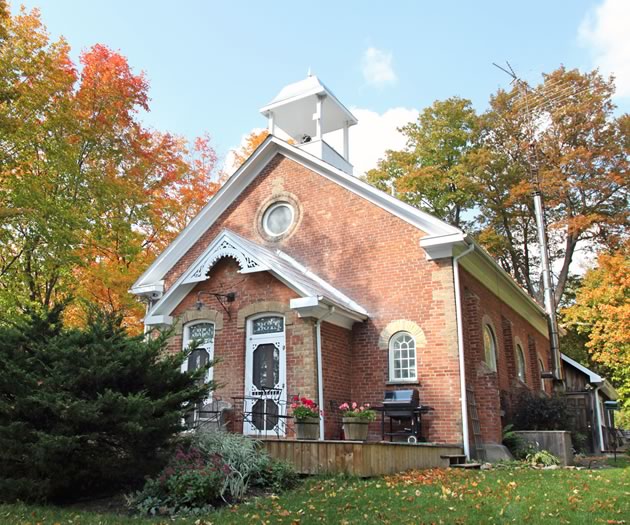 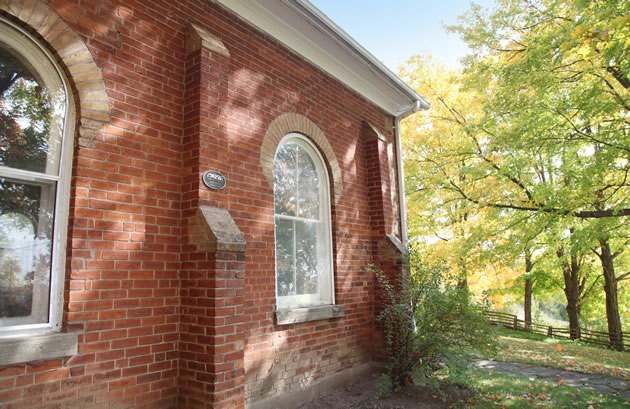 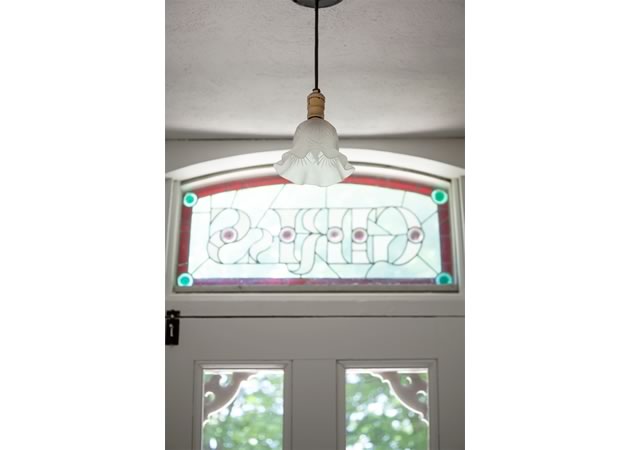 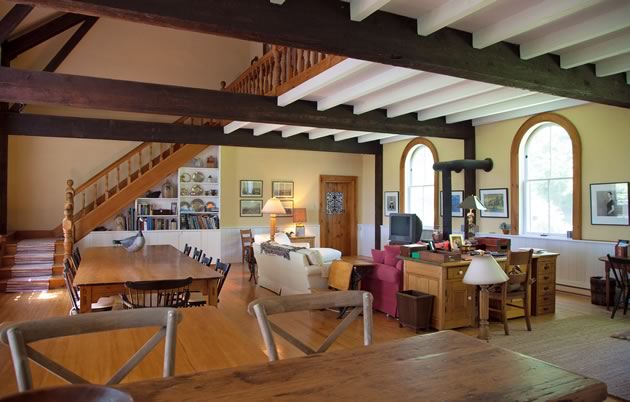 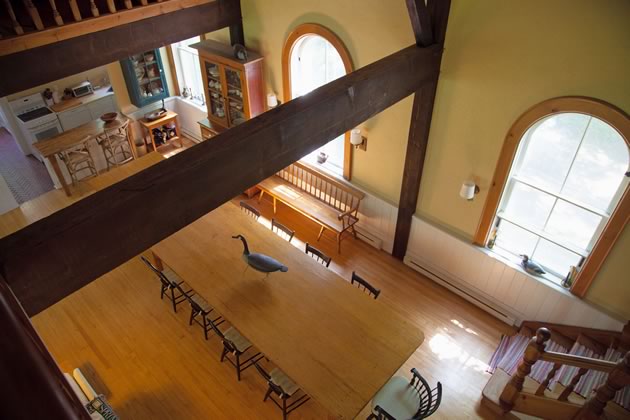 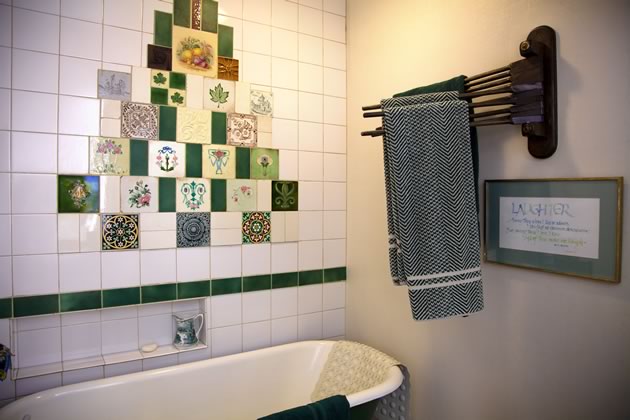 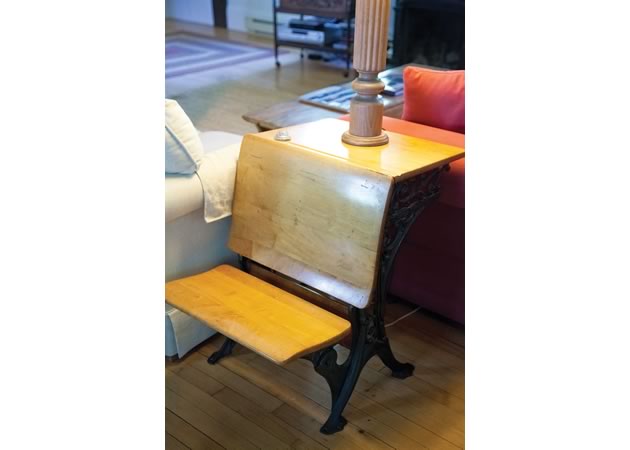 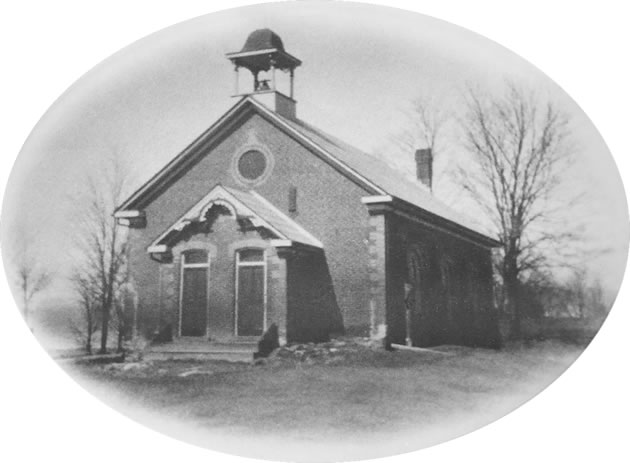 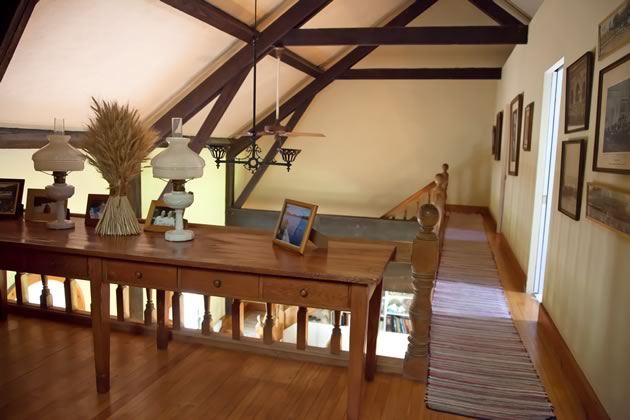 <
►
>
The decorative touches that set the Silver Creek schoolhouse apart from its plainer counterparts include buttresses along the side walls, a charming circular window above the main doors, and the buff-brick voussoirs that form a rounded arch above both the large side windows and the two smaller multipaned windows that flank the entrances. Buff bricks were also used to create a pattern of decorative quoins at each corner of the building. Photo by Pam Purves.