Kasia Seydegart : One of our 2013 Local Heroes

Labours of the Heart

Kasia Seydegart says, “I feel like I’ve been a very lucky, happy human being,” and that fortunate state of affairs has been one of the motivations for her lifetime of giving back to the community.

A social worker by profession, Kasia and her partner Dr. George Spears run their company, ERIN Research, adjacent to their home southwest of Erin village. Their award-winning firm specializes in measuring service quality and client satisfaction, as well as media research on major trends and events. Of recent note are two national studies of children’s media consumption, and a series of studies on fairness and balance in Canadian broadcasters’ coverage of political events. 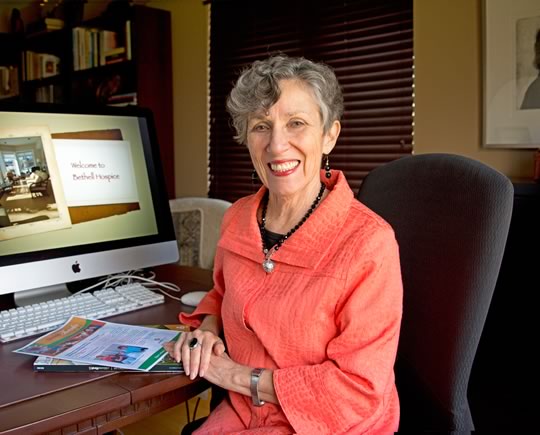 Kasia became involved in the community almost as soon as she moved here in 1981. The government had recently released a White Paper concerning the needs of children and youth. An article about it in the Erin Advocate triggered a handful of citizens, including Kasia, to get together to explore local issues and work out solutions.

Their community-initiated symposium revealed that Erin’s villages and countryside fell through the cracks when it came to social and community service delivery. “Not only were there few services, accessing those that existed had serious obstacles, and there was very little information,” she says.

The citizens’ group developed a vision for a multifaceted service centre, and in 1984 Kasia became the founding president of EWAG, the East Wellington Advisory Group for Family Services. While the initial focus was on youth, gradually the organization has expanded to provide services for the whole family, including children’s and seniors’ programs, transportation assistance, food banks, and referrals to a network of partner organizations dealing in services related to family violence, mental health, addiction, and probation and parole.

Since replicated in other communities, East Wellington Community Services, as it’s now known, will mark its 30th anniversary next year. It has grown to employ a full-time staff of nine, engaging more than 100 volunteers and serving 500 unique individuals annually. Kasia notes with pride, “It has been called the heart of the community.”

Kasia’s community service hasn’t been limited to EWAG. She also served for a number of years both as a member and chair of the United Way Social Planning Council for Guelph and Wellington, and she chaired the Georgian College Research Analyst Program Advisory Committee.

In 2011 she brought her brand of organizational know-how to Bethell Hospice, which provides a ten-bed residence in Inglewood for people with terminal illnesses, as well as community support programs. Why the hospice? “I became passionate about end-of-life care through my personal experiences. Then I was invited to visit Bethell House and it was like a dream come true. It fulfilled my best vision of what palliative care might be. Bethell House is comfortable and peaceful, there’s professional care, and it affords people compassion and dignity at the end of their life.” Never one for half measures, Kasia now serves as chair of the Bethell Hospice Foundation, which raises awareness and fundraises for this extraordinary resource.

A recipient of the Queen Elizabeth II Diamond Jubilee Medal in 2012, Kasia is philosophical about her contributions to the place we call home: “Life is short. You have to do the very best you can with the time you have.”