Whirligigs, Weathervanes and Other Wonders

The whimsical decoration on everyday objects expresses “Art from the Heart” in a new exhibition at Dufferin County Museum & Archives. 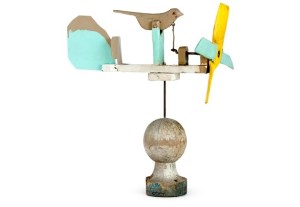 It is unknown who made the two whirligigs, ca 1950s. They are included in a collection of 35 whirligigs donated to the museum’s permanent collection in 2ooo by Canadian artist, the late Robert Markle and his wife Marlene. Photo by Pete Paterson.

You might not always call it good art. Depending on your sensibilities, you might not even call it art at all. But those who think they’d rather skip the new exhibition at Dufferin County Museum & Archives would be robbing themselves of the chance to see a glorious celebration of the true character of the people who populated these hills.

“Art From the Heart: Folk, Found, Farm & Folly” is an unabashed romp through the domestic creativity that made living in the country more tolerable in those early days of backbreaking labour, harsh winters and sometimes even harsher summers. It pays homage to the often funny, curious and sometimes crude illuminations found on regular household objects, depicted by the amateur artists who used them.

This year whirligigs, weathervanes, farm implements, decoys, treen (small, handmade, functional household objects made of wood), quilts, rugs, furniture, paintings and more take centre stage. They are not what the museum might usually display as exemplars of its collection. Many have languished in storage for decades from lack of opportunity to showcase them. Others are on loan from museum supporters.

“Fine art comes with training, whereas folk art comes right from the heart,” enthuses museum curator Wayne Townsend. “It’s what is inside a person that comes out. That’s what I like about this decoration. It’s fun because it’s unnecessary to the function of the object. The embellishments are the personal expression of the owner.”

Townsend has often had to bypass these objects either because they are so ordinary or so worn through generations of handling that they lack archival merit, or because they are so unique that they are atypical of “the normal historical timeline.” But this exhibition is more focused on sly wit and personal humour. Until now, for instance, Townsend had to content himself with private chuckles at the sight of a painting produced in an otherwise classical style but for the small detail of the deliberately placed cross-eyed dog.

He felt the best way to celebrate the eclectic collection would be by “pulling them out of their natural environment and giving people the opportunity to reflect on them as objects” rather than utilitarian implements or conventional art. 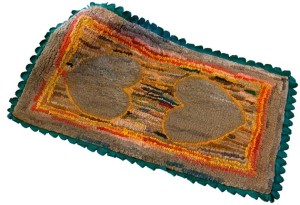 A hooked rug made by Edith (Phair) McMillan of Orangeville, ca 1940. The McMillan family operated a service station on the south side of Broadway. Photo by Pete Paterson.

The roughly 1,200 pieces in the exhibition are capsules of human endeavour that transport us to the very moments when they were either created or used. They include several examples of the nearly 200 quilts in the museum’s collection (see In The Hills, Winter ’13), as well as such items as a document box constructed by an Orangeville house painter who meticulously inlaid small wooden tiles to form the shape of a house, a picture frame made of smashed wood collected after the famous 1907 Horseshoe Curve train wreck, and much simpler things such as a hooked rug decorated with hearts to celebrate the love within the home where it lay on the doorstep.

Unlike fine art, the worth of these objects is not necessarily based on the skill of the hand that forged them. Though that skill is sometimes considerable, the delight of these objects lies more in the stories from which they were wrought, and to which they bear witness. The show is also inspired in part by the notion that, as Townsend says, “It’s okay to smile. It’s very healthy. When it happens in the everyday, it’s very unexpected, great and good. In today’s world we almost have to have permission to laugh.” This show delivers that permission in spades and hoes. 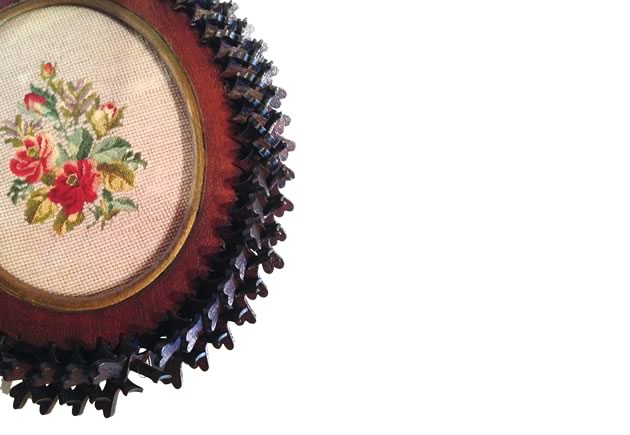 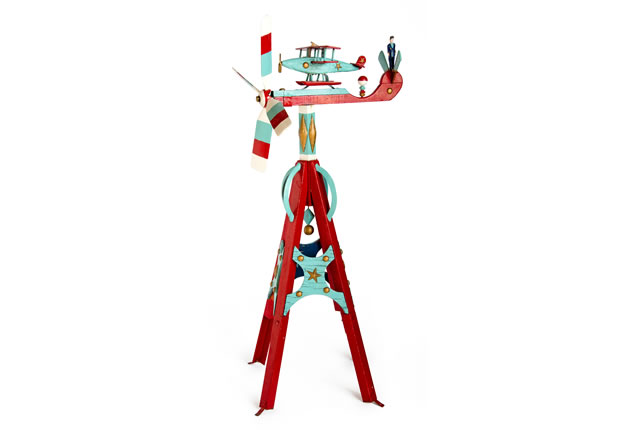 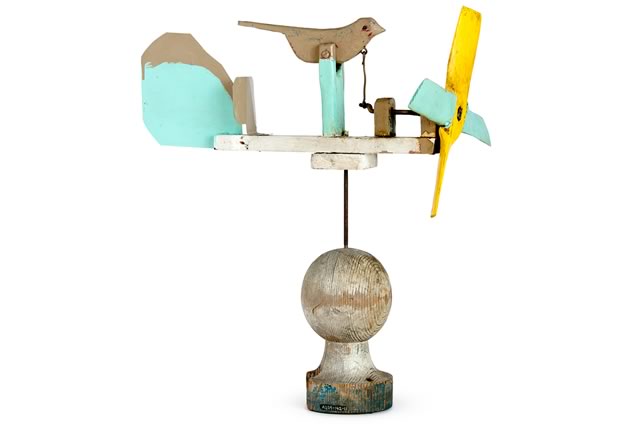 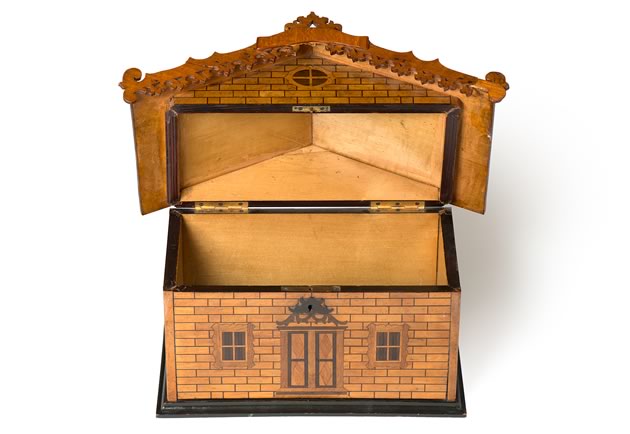 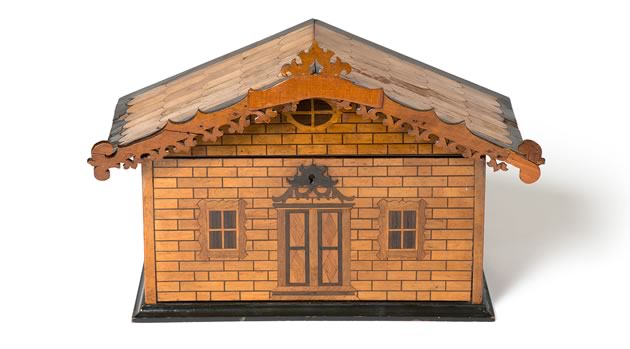 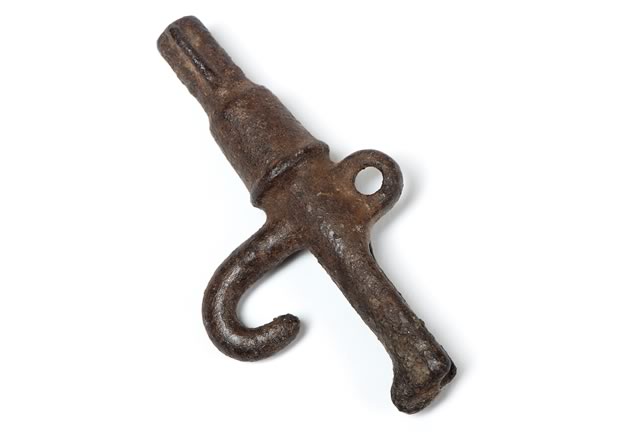 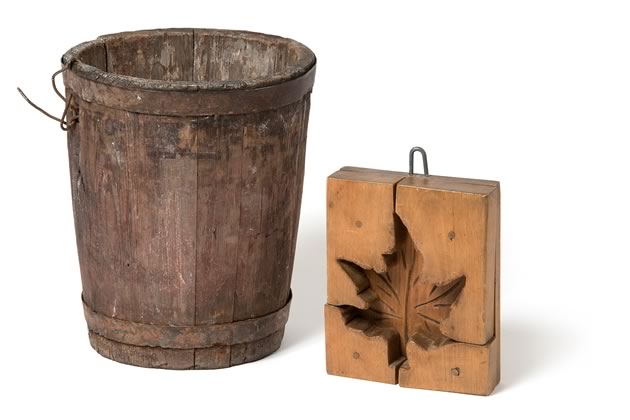 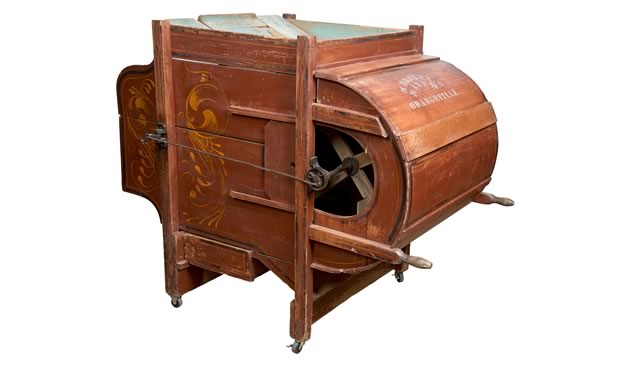 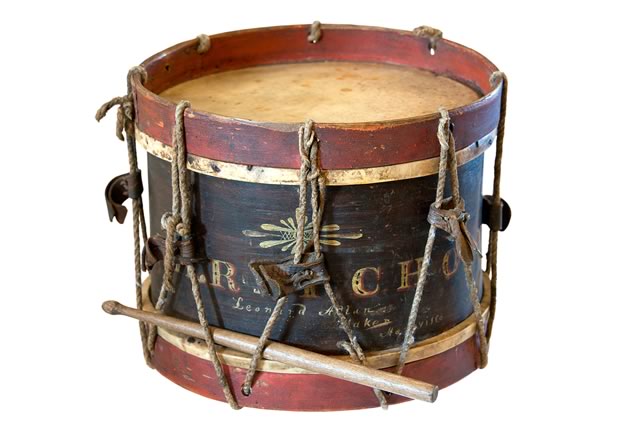 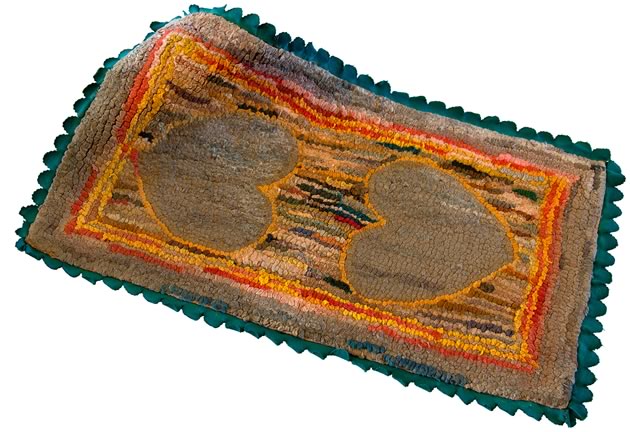 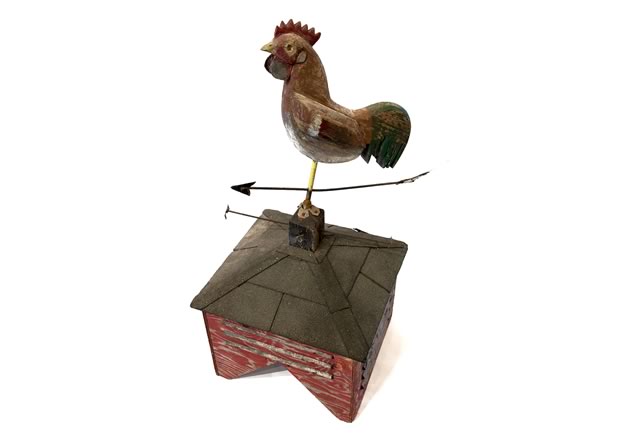 <
►
>
The museum has an extensive collection of spiles, some made of wood and some of metal. Spiles control the flow of air into, and carbon dioxide out of, things like a cask of ale or a tapped tree. This spile was once owned by Charles Cooke of Amaranth, ca 1910. Photo by Pete Paterson.

Art From the Heart: Folk, Found, Farm & Folly opens on Sunday, April 6 and runs through to the end of the year. Additional programming to complement the exhibit includes summer folk art workshops in July and August. For more information, visit www.dufferinmuseum.com.

Yevgenia Casale is a Caledon-based freelance writer and passionate community organizer. Her writing often highlights the humanity behind the things we tend to take for granted every day.
Add a Comment