Ravens are renowned for their ability to solve complex puzzles to obtain tasty tidbits of food.

Trickster, creator, God’s messenger, omen of death – the raven has insinuated itself into myth and legend throughout the northern countries of the world.

Now residents of Headwaters are coming to know this most charismatic of birds, for the raven is recolonizing southern Ontario, where a century ago it succumbed to habitat loss and persecution.

The return of ravens in Headwaters probably began in Dufferin’s Mono Cliffs Provincial Park where the rugged landscape likely reminds them of their northern haunts of rock and forest. But now ravens are turning up in tame, pastoral countryside further south. Remarkably, they even nested in Toronto this spring – on the Leslie Street spit. 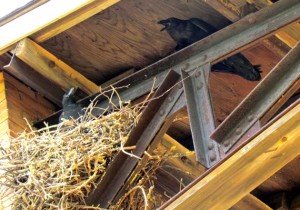 Another raven pair nested in Caledon. Their nest is a large, sturdy tangle of sticks tucked snuggly into the rafters of a derelict building. I first noticed the adult ravens at the nest in April. By June 1st a fledgling raven, almost grown, perched atop the nest.

The recolonization of southern Ontario by ravens is probably abetted by their extraordinary bird brains. Ravens are renowned for their ability to solve complex puzzles to obtain tasty tidbits of food. Now they appear to be using their intelligence to unravel the puzzle of survival in human-dominated landscapes.

These colonists will not be welcomed by everyone. Their diverse diet includes smaller birds, a predilection that will condemn them in the eyes of some human observers. That songbirds are abundant where ravens reign in the Canadian north suggests that healthy co-existence is possible.

I’m thrilled by the ravens’ return. Their recolonization of southern Ontario provides a counterpoint to the general retreat of wildlife in this age of extinction.

And now we too can weave tales about ravens, adding our voices to the rich narrative they have inspired through the ages. 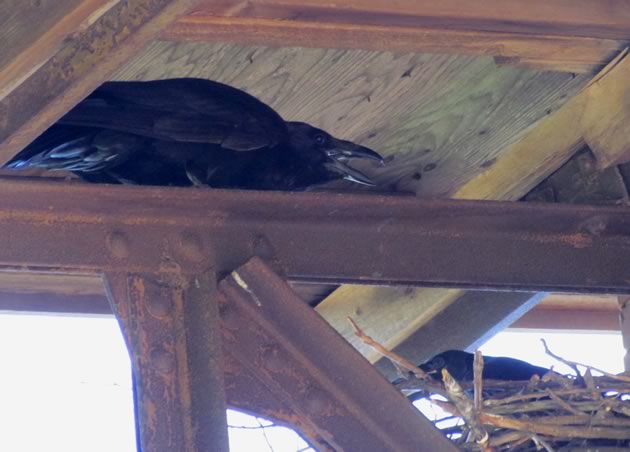 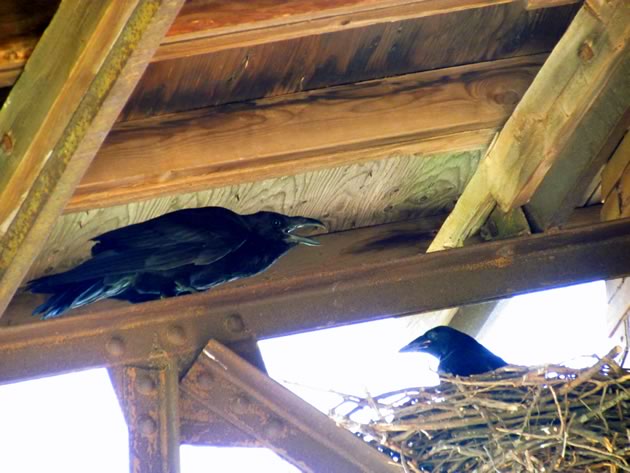 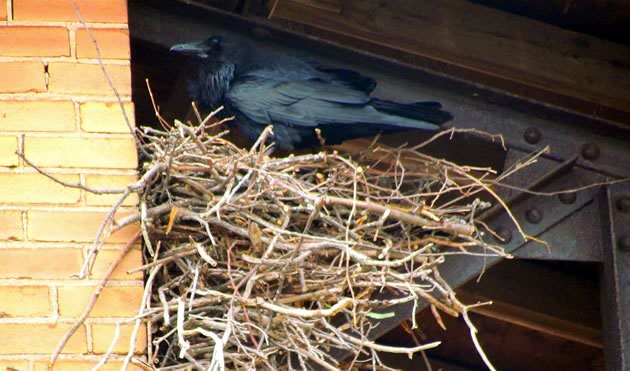 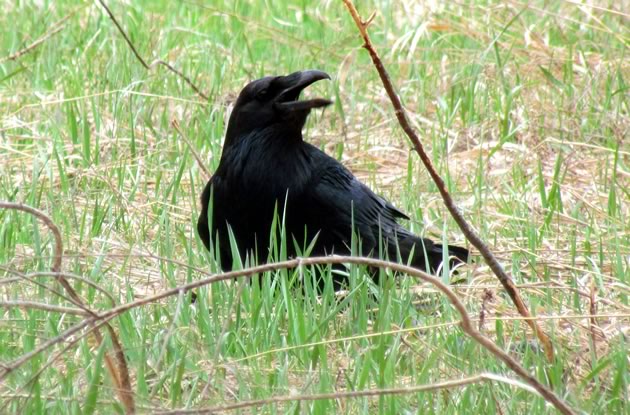 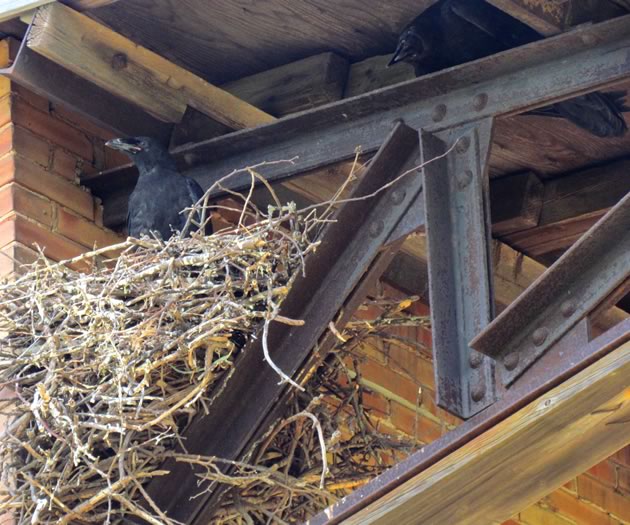 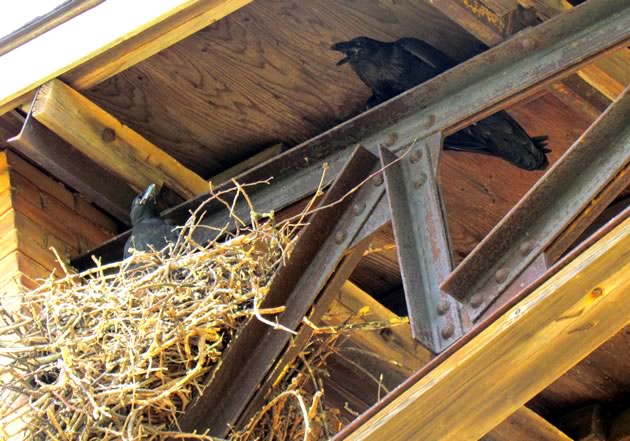 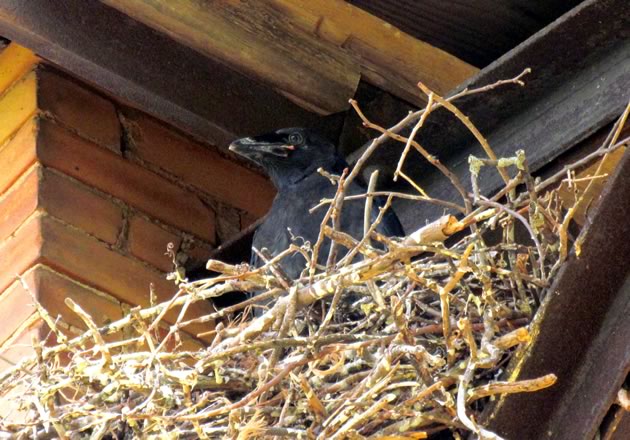