The Value of Farmland

And what of this farmland? What is it? Is it just dirt? Is it landscaping? Can it be simply recreated? 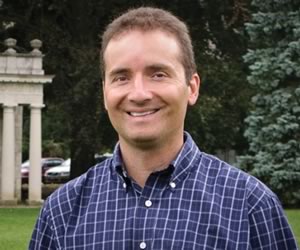 On April 5, as the long winter delivered another startling blast, more than 200 people struggled through the storm to attend a meeting in Shelburne, hosted by NDACT and Food & Water First. The topic was the preservation of Ontario’s prime farmland and the event offered the opportunity to meet Tom Eisenhauer, whose company, Bonnefield Financial, recently purchased the Melancthon quarry lands with the promise to keep them in agriculture.

But, perhaps surprisingly, the man who in many ways stole the show with his combination of passion and hard numbers was crop scientist Rene Van Acker, a professor and dean of external relations at the University of Guelph. Here is the text of his speech.

The Food & Water First movement is showing real leadership in taking the next step in the evolution of Canada’s food culture. The fact that Canadians are increasingly interested in what they are eating creates a real change in our population in terms of what is important to them.

The environmental movements of the late ’70s and early ’80s were born of a need to rally against industrial excess and its relationship to the planet, or lack of relationship to the planet. And although this movement made a real impact, in many ways it has waned. It is not that the founding principles are any less important now, but those principles have to be realized by the members of each generation in ways important to them.

It is interesting, therefore, to see how the evolution of Canada’s food culture is reaching into the environment. Food & Water First is an excellent example of this reach and it makes perfect sense – truly perfect sense because food is both very personal to individuals at the same time as it links us inextricably to our environment. Food is of the land, we are the food we eat, therefore we are of the land.

The circle of our existence on this planet completes itself most intimately and most obviously through food. And herein lies the fundamental value of the land, and of farmland in particular. It is not an optional item and it is the exact opposite of frivolous. It should not be ignored and absolutely not mistreated. It is in no way our luxury or right to do so. This is perhaps the most important thesis for our generation, and defending it is not only noble but fundamentally necessary. Food & Water First, in its defence of farmland through its emphasis on food, is a very modern, fundamental and practically relevant environmental leadership movement.

And what of this farmland? What is it? Is it just dirt? Is it landscaping? Can it be simply recreated? 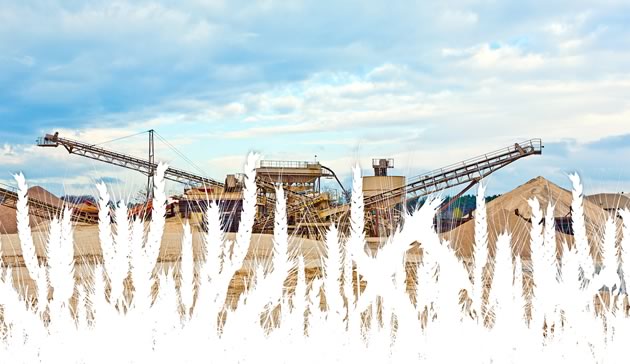 Where do we get new farmland? … In Canada, and really for the vast majority of the world, the answer is nowhere.

In Canada we classify farmland on a scale of 1 through 7, with class 1 farmland being the best and class 7 the worst (it cannot be farmed at all). The limitations on farmland that determine classes include, for example, limitations in terms of excess water, depth to bedrock, drainage capacity, soil structure (which may impact drainage and root growth) and topography. All these characteristics are fundamentally impacted by aggregate extraction.

In Ontario we are especially fortunate because the province is home to more than half of Canada’s class 1 farmland. This is due not only to its classification characteristics, but also to Ontario’s climate. Within Canada, we use the Agroclimatic Resource Index to evaluate the impact of three climatic restrictions on agriculture potential, including the length of the frost-free period, the degree-day accumulation (accumulated thermal energy over the season) and availability of water (as rainfall).

By the ACRI evaluations, Ontario is a special place in Canada because we are substantively warmer than the vast majority of the rest of the country’s agricultural lands and we have typically reliable rainfall. This makes our farmland that much more valuable and that much more productive – and rare.

It is important for us to reflect on the ACRI, especially regarding the capacity in Ontario for reliable rain-fed agriculture. Studies from across the globe show that high-income countries have generally more land suitable for rain-fed agriculture, and that arable rain-fed farmland per person is also highest in developed and middle-income countries. These are also the countries with the highest annually renewable freshwater sources. So absolute prosperity is directly related to the amount of rain-fed agricultural land. This is something for us to think about. And there are things happening around us right now that should make us even more aware of how precious our rain-fed farmland is.

California’s historic drought reached a new milestone in January of this year when the newly released U.S. Drought Monitor showed that exceptional drought now covers 9 per cent of the state, a new and unprecedented high. We cannot take agricultural productivity for granted, and that productivity is rooted in quality rain-fed farmland.

And what happens when we eliminate farmland? For example, in Ontario 18 per cent of the class 1 land is already urbanized. Where do we get new farmland? Well, in Canada, and really for the vast majority of the world, the answer is nowhere. By and large, new farmland does not exist, certainly not in Canada, and definitely not in Ontario.

And we cannot just recreate farmland by pushing topsoil back into place after extracting aggregates. Farmland is not just topsoil. It comprises soil horizons: the A horizon (typically topsoil), the B horizon (structural layers including materials evolving into soil, perhaps), and the C horizon which forms a foundation layer for the soil including parent material (from which soil is built over geological timeframes, i.e., tens of thousands of years).

These horizons form a complex structure that allows for drainage, root growth and nutrient exchange, all to support crop growth. Disrupting these horizons fundamentally disrupts farmland, and repairing the disruption (especially when it is absolute) is not simple, it is not quick, and it may not be possible in all cases.

And when there are efforts to reclaim farmland after mining, what is the goal?

Typically, it is not to return the site to farmland. At a minimum, it is to ensure the site is safe and nonpolluting. At best, it is to ensure it can serve some function as a wildlife habitat. Why are these the typical goals? Because farmland is not man-made, so returning sites to farmland is difficult. In many cases, aggregate extraction does not allow for reclamation to farmland, especially if the extraction extends below the water table. And if it does, it is to a lesser quality and class of farmland.

Experience to date shows this. In surveys on reclamation of farmland in Ontario reviewed last year by the Ontario Aggregates Resources Corporation (OARC), farmers were asked to rate the overall quality of their rehabilitated farmland ranging back to the 1970s. On a scale of 1 to 10 (with 10 representing land returned fully to its former state), only two-thirds of the farmers rated their land above a 5, while one-third rated it less than 5. Only 8 per cent rated their rehabilitated land as 10.

Most farmers acknowledged the land would take time to improve, although how much time wasn’t clear. Some farmers suggested their land had been irreparably damaged by poor rehabilitation, or situations where rehabilitation was not possible.

The preliminary results show farmer satisfaction with rehabilitation varies greatly. The differences may come from such variables as management practices and rehabilitation techniques, but they demonstrate that rehabilitation is not simple or assured.

OARC does want to better understand the differences in farmer satisfaction and it intends to conduct a quantitative research project on a subset of the rehabilitation sites this year.

Quality farmland, especially quality rain-fed farmland, is rare, it is valuable, and it cannot be easily or readily rehabilitated. Farmland is therefore something we have to value. It is fundamentally important to our prosperity. It is our connection to the land and it is what allows us to live on this planet.

Thus, the leadership in farmland preservation demonstrated by the broadly represented civil society movement, Food & Water First, is vitally important. I want to thank them for what they do and for the opportunity to contribute to this event.

You can take the pledge to protect and preserve Ontario’s Class 1 farmland and source water regions at foodandwaterfirst.com. The website includes news and coming events, and lists locations where you can pick up Food & Water First lawn signs.

About the Author More by Rene Van Acker