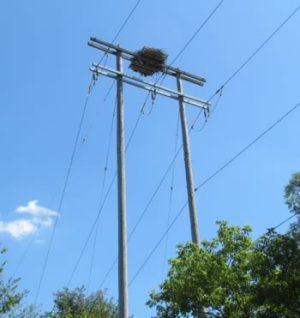 A diet high in fish rich in omega 3 fatty acids is widely touted as a way to improve cardiovascular health. Osprey obviously heed this advice, for fish is their favourite food. Guided by acute vision, and wielding razor-sharp talons, they are masterful fishers.

Eating fish is not always advisable though. Fish are only as healthy as the waters in which they swim, and in polluted waters they absorb poison like sponges. One such poison is mercury, and people eating fish laden with this heavy metal have suffered greatly in Minamata Japan and here in Ontario at Grassy Narrows First Nation.

DDT is another toxin that accumulates in fish. In the days when this insecticide was sprayed indiscriminately, the decline of osprey and other fish-eating raptors like bald eagles, signalled that something was dangerously wrong.

Peregrine falcons suffered as well because the small birds they consumed also had high levels of DDT in their bodies. The DDT caused osprey, peregrines and eagles to lay thin-shelled eggs that collapsed when sat on.

After DDT was banned, ospreys rebounded impressively. Their resurgence was assisted by the erection of nesting platforms, which they readily adopted. Island Lake near Orangeville hosts a family of osprey each spring on one of its osprey platforms.

Bald eagles and peregrines also responded to the banning of DDT. Their recovery has been slower than the ospreys’, but all over Eastern North America, these birds of prey are reclaiming former breeding territory.

We need to closely monitor the health of our raptors for their sake – and ours. A toxic soup of contaminants still simmer in the Great Lakes. Will the majestic osprey and bald eagles remind us again of the necessity to clean up our act? 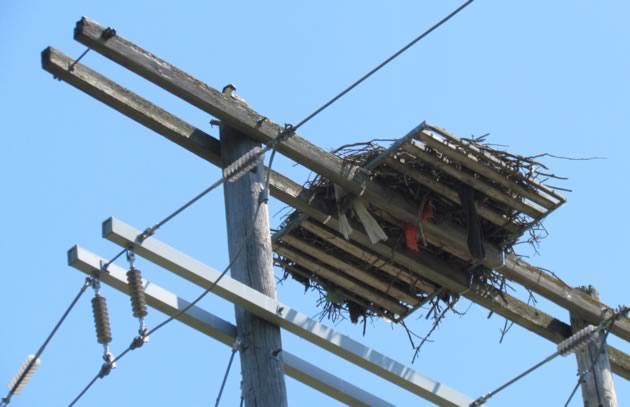 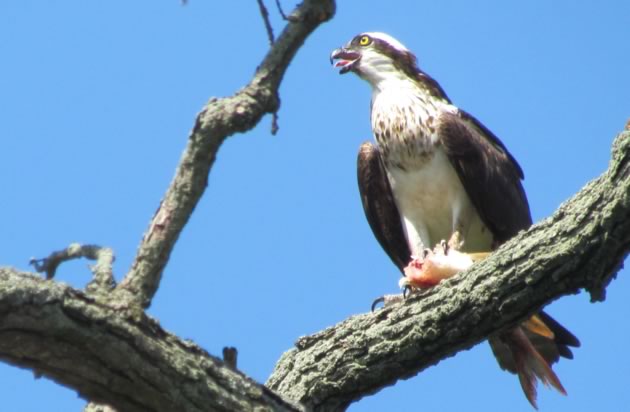 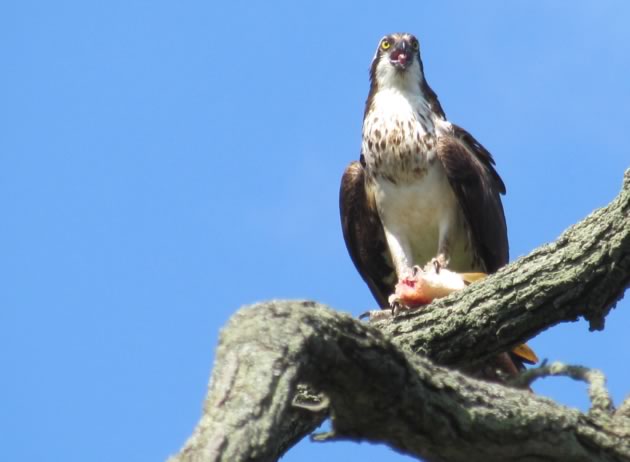 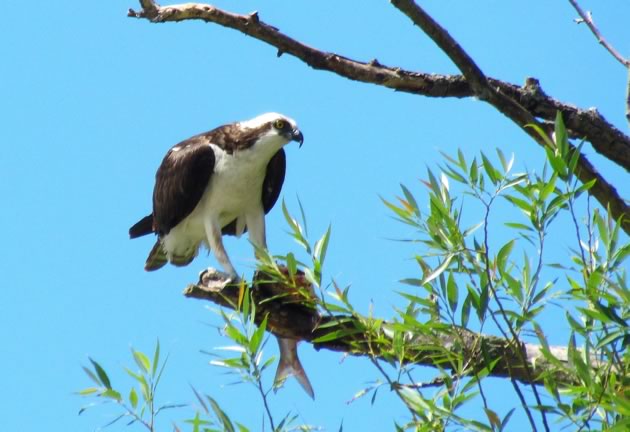