“Do you have any regrets?” Father’s piercing blue eyes stare into mine.

Nancy turned to creative writing as an adult, and founded the Headwaters Writers’ Guild 11 years ago. Her fictionalized account of the final meeting between Louis Riel and Father Alexis André is based on her extensive research and reading on the life of Riel. A leader of the Red River and North-West rebellions, the charismatic and controversial champion of the Métis people was hanged for treason on November 16, 1885.

To see the winning entries in all categories of 2014 Caledon Library contest, search Click, Create, Celebrate at caledon.library.on.ca.

The night wind rattles my window. The smoke from the fire catches in my throat, and I choke, and its bitter taste reminds me of everything I cannot undo. I stare at the logs in my cell, trying to focus on the present, although the past, like death, is always in my thoughts.

Lord, I cannot sleep. Death stalks me. She hides in my cell, and she watches me. Her icy hands caress my face, and she awakens me if I close my eyes. Is it Your will that I die? Will my death mean anything? How will my family survive without me?

I flinch. I did not see Father André enter my cell. Lord, why do they keep asking me this? How many times must I tell them that I hid in in the asylum after the Red River uprising because I was afraid Macdonald would send assassins to kill me?

“Louis, who do you think you are?” Father André raises his eyebrows and pats his sparse white hair.

Another question. I pace back and forth.

“I am Louis David Riel. I am on a spiritual path. And I listen to my Lord and I follow his instructions.” O my Lord, for even as a drop of rain cannot separate itself from the ocean, I cannot separate myself from You.

Father tugs at his unruly white beard. “You say God speaks to you?”

“It is not who hears God, but who is willing to listen.”

He stares at me and raises an eyebrow. “But Louis, I don’t understand. I am an old priest and I cannot hear God.”

“I am not insane, although staying in this petite room and shackled with a ball and chain would make anyone insane.” Yet Lord, I cannot deny that it is a form of madness to believe that I could make a difference in a corrupt world. “But I tried to fulfill my God-given mission.”

Father shakes his head. “So now you believe that God gave you a mission. Did God tell you this?”

I sigh. “Yes, and the Bishop gave me a letter that states it is my God-given mission to help the Métis, and I carry the letter in my breast pocket.”

“So you’re not insane, you’re just fulfilling a God-given mission.”

Lord, it is difficult to explain You to a priest who should know You better than I do. “Yes, I am fulfilling my mission.”

Lord, only you know how much I have suffered to help my people. I put my faith in You, but sometimes I wonder if it is Satan who talks to me, or if it is my pride that believes that only I can help my people. Am I wrong?

“And you are going to die because of it.”

O Lord, one moment I am a hero, and the next moment I am on the way to the gallows. How did this happen? Did I misunderstand You?

“But it was my God-given mission to help my people. I am the only Métis who can read and write in both languages. But even though you deny it, you knew that Macdonald’s friends were stealing our land in the North-West. With no buffalo and the loss of their land, my people would have starved to death. What else could I have done?”

He sighs. “You could have stayed in Montana.”

Lord, I am tired of explaining why I am the “chosen one” to help the Métis.

“You need to forgive and to forget.”

“I have forgiven my persecutors, even Macdonald, who broke all his promises to us.”

I am so tired.

“Do you have any regrets?” Father’s piercing blue eyes stare into mine.

“I regret the death of Thomas Scott, the Orangeman, who plotted against us. And I regret that my Cree brothers who helped us fight in the North-West will be hung.”

O Lord. I regret the death of my newborn son. I have cried ten thousand tears. I regret that my wife, Marguerite, is bedridden. Please help my family.

Father sits expressionless. “Some people are calling you a traitor; some are begging Macdonald to spare your life. Even Masson, the Lieutenant-Governor of Quebec, has pleaded with Macdonald to commute your sentence. But Macdonald told him that you shall hang though every dog in Quebec barks in your favour.”

Lord, why is it that my life cannot be spared?

I point my finger at Father. “Even your beloved church didn’t speak out against the atrocities committed against the Métis. They crucified us.”

Father shakes his head. “But you have renounced your accusations against the church.”

“History will call me weak and say that the fear of death forced me to do it. But I willingly did it for my family. I do not want them to suffer, or for the church to excommunicate them, because of me.”

“Do you want to say confession?” 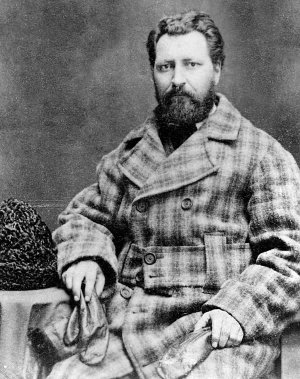 Smoke leaches through my cell. It lingers in my mouth and lungs, bitter, like my imprisonment. O my God, I never thought I would die and Marguerite would become a widow. I waited too long to marry.

“Macdonald will murder me tomorrow. I am a political prisoner. I was a threat to the Orangemen who were stealing our lands, and they wanted me dead.”

“It’s too late.” Father’s voice softens, and he raises his hand and places it on my shoulder.

“I’m sorry, Louis.” He looks down at his feet, and his hand sweeps his forehead.

I sigh. The constant pounding of the hammers distracts me. “It won’t be long before the scaffold will be ready.”

Father flushes, and he turns his head.

“If the trial had taken place in Winnipeg, instead of Regina, the twelve jurors would have been Frenchmen and Métis, instead of the six Orangemen jurors who decided to hang me.”

“I am called a half-breed and, as a Métis in Canada, I have no rights. Yet without the Métis, the Wild West would not have settlers. And am I insane, because I would not let the insane government steal our land?”

Father turns to look out the window, and then he turns to face me. “But, Louis, if you had pleaded insanity …”

“And just because my religious beliefs differ from the church is no reason for Father Fourmond, at the trial, to say that I am insane.”

“Maybe, Louis, he was trying to save your life.”

O my Lord, I fought for the rights of my people, both in Red River and the North-West. If the Métis stop fighting for their rights, my death will be for naught.

God, possibly I am a prophet. I have suffered enough. I am a flawed human being, but I did the best I could. I never lost faith in You, even as I wait to be hanged. I lovingly forgive my oppressors, as I ask you to forgive me.

After he gives me absolution, he weeps.

“Courage, Father,” I say. I wipe away his tears.

The smoke catches in my throat and I cough. Hail Mary, Mother of the Son of God, pray for us sinners, now and at the hour of our death. Amen.

Father André sits at his desk, and stares at the blank piece of paper. Finally, he starts to write.

I offer my deepest sympathies to you for the loss of your beloved son, Louis.

He told me that he didn’t want to live his life in an asylum or penitentiary. He thanked God for sparing him this. He accepted his death with joy and gratitude.

Never have I seen a more radiant face than his as he prayed while he marched to the scaffold. The beauty of his soul was reflected in his face; divine light seemed to shine on him.

I have come to believe he is a saint. I have asked the Lord to forgive me for thinking otherwise.

Yours in Christ,
Father André.

About the Author More by Nancy Rorke